“I entered a store and burst into tears” — three weeks under bombardment in Mariupol ‘There were more than fifty bullets in the body of a friend’‘People flew in the air like leaves — there was such a strong explosion’‘The helicopter skimmed the treetops.’ Azov fighter tells of his evacuation from Mariupol.‘I was afraid that I won’t be killed at once but will be maimed’ – a resident of Rubizhne‘Mariupol Moses’: A Man Who Took 117 People Out Of The Besieged City On FootA resident of Mariupol is telling how she found civilians killed by a sniper‘I survived 21 days with a shard in my body. I was lucky’‘I washed and buried my brother riddled with shrapnel, and his bloodied and wounded mother was barely in time for the burial…’‘We were lying in the open air, shells were whistling overhead.’ A resident of Mariupol tells about the evacuation and the situation in the city‘The enemy was just under our windows…’ – Anastasia from Irpin‘I saw fire arrows flying from Kherson...’‘... I sang in the basement to calm my daughter down’
• Voices of war

‘The Russians fired at our car,’ a Kyiv region resident recalls 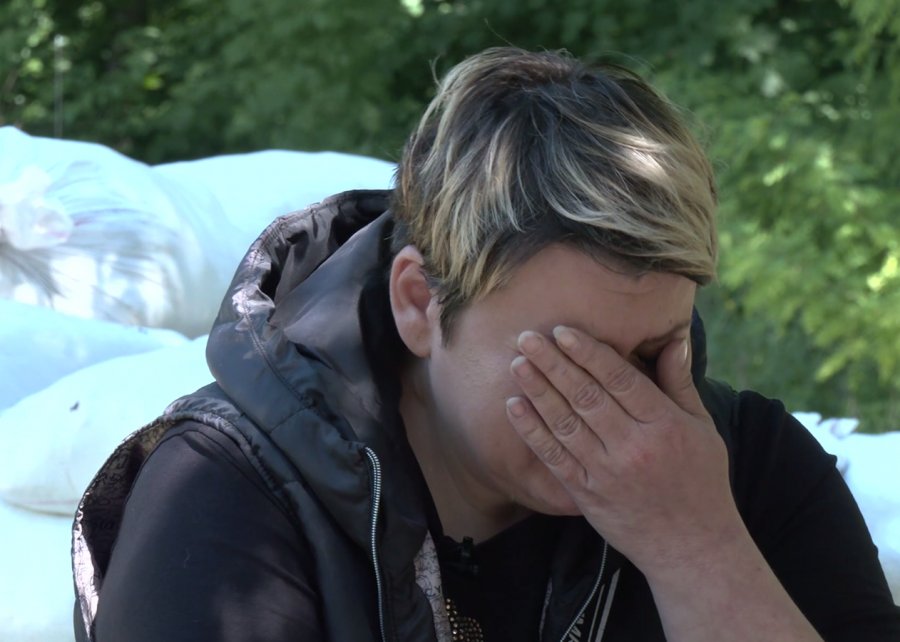 Tamara Oleksandrivna Buhera  is a resident of the village of Kozarovychi in the Kyiv region. It was occupied in the first days of the war. When she, her friend and her (friend’s — ed.) son tried to escape from Kozarovychi, they were shot at. All three were injured. Her friend died of the injuries.

— It happened on the 27th. There was no connection, nothing at all. My friend's son arrived. He said that the Russians at the checkpoint allowed him to pick us up, said they wouldn’t touch us, they wouldn’t shoot, nothing. We got ready in just five minutes. We got packed very quickly. And we left our street, we live on a farm in Kozarovнchi. The village of Kozarovнchi was occupied in the first days of the war.

We passed an old cemetery… We have several houses there, on different sides. One two-storey and on the other side (of the street — ed.) there is a house for two families. And when we were passing by, with our hands raised, slowly, we were shelled. My friend was hit in the side of the stomach. I was hit in the head and in the arm. Evgeny pulled us out and started shouting: “Why did you shoot us? You promised to let us pass!?”

My friend's son was very lucky, he is small in stature, he had nine bullet holes in the windshield of the car. He was just very lucky to have been hit a little, twice in the head and once in the shoulder. So he was able to get us out. Everything that could be hit was hit (all parts of the car — ed.) We were left without windows, we got a flat tire. They appeared, where the cemetery is, out of this cemetery, and started shouting at him why he was dragging us out of the car. They started shouting at him to drag us back and take us away. We drove on and stopped at the checkpoint where he had asked the guys to let him pick us up. Evgeny got out of the car, fell to his knees, and began to beg them. He asked why they had killed his mother. Because she didn't even talk. They started saying that it was our people who had fired at us: "it's not us! We have nothing to do with it!» They bound something (the wounds — ed.), gave us some kind of injection, apparently painkillers. As I was told later in the hospital, they fired using prohibited weapons, which come with a displacement. Evgeny took us to Demydiv, where he lives. They tried to bind us somehow, but he knew we were just going to die. Because there was no help at all. So he decided to take us here to the hospital. 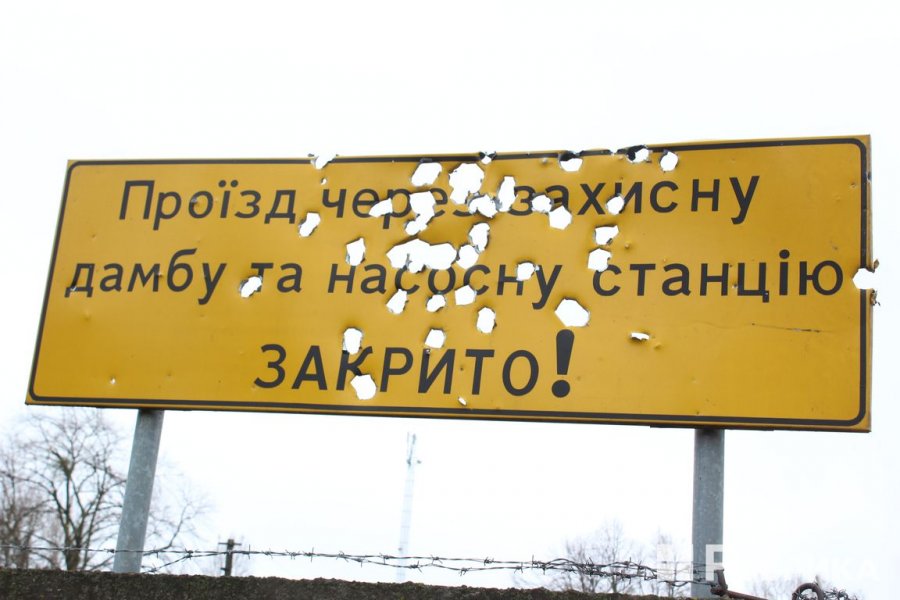 — I don't even know how far it is, somewhere around ten kilometers. We arrived here, were accepted here, and immediately taken to the surgery room. One and only doctor, who lives in Dymer, thank God, is from the “Okhmatdyt” (the children's national hospital — ed.). He was the only one who was able to save us here. We were stitched up; the wreckage was pulled out. There was no x-ray, nothing. We didn't even know that I had a compound fracture. It was only later when one of my relatives brought a computer, only then we find out that I, for example, still had a fracture. And my friend passed away. There was no way to help her at all. She died on the second day. Her son took care of me. He also buried her.

— Where were you when it all started, how did you meet the war?

— On the 25th, they (Russian soldiers — ed.) started coming in a group. And on the 24th, we saw a lot of helicopters over the sea (water reservoir in Kyiv region — ed.). More than thirty, for sure. Then there were some explosions near the reservoir dam. And then on the 25th, armored personnel carriers, tanks, and all other military equipment drove in, and they drove by the sea in the direction of Hlibovka village. The next day they came back. They began to turn back. There was probably no path there. They left their roadblocks checkpoints when they went towards Hlibovka. They left their two cars. Our (Ukrainian — ed.) gyrodyne aircraft flew in and destroyed this roadblock. And then they (Russian soldiers — ed.)  began to turn back and stand in tanks over the streets. They stood all day and hid between the houses. And then they began to dig in on the field, we constantly heard a rumble. There was a rumble for several days. And when we were shot, and I fell out of the car, I saw them on the field. They were standing there in the field.

— Could you believe that there will be a full-scale invasion?

— No. We didn't believe in it until the last minute. We thought that even if some military equipment would come in — well, it would stay for some time, well, maybe, they would try to scare people somehow. Something like that. People will simply be afraid. But in my whole life, I could not think, no one could imagine that such a thing could happen. No one! Sometimes even with my mind I still cannot understand how this could happen. Well, the Russians lived and lived. I never thought about them. I never cared what was happening in their country. I have my own country! They are just people, the same as we, just living in another country. But such an atrocity to happen! I could not imagine. How!?

— How did you feel about Russians before the war, and what do you think of them now?

— I hate them! I hate them so much! You know, when you’re out there, it’s not as scary to be the one shot at as it is to realize you cannot help anyone else. Back in the day, I did not care about [Russians] much. Truly, I regarded them as those who live in a different country across the border, the same humans as us. For all I cared, [Russia] was their country; they could do whatever they wanted within its borders. And here in Ukraine, we’d take care of our business, fix what needed to be fixed. But I have lost so much since then…

— The house is alright, thank God, but a rocket hit one house over, and the windows got blown out at our place. I know that the Russians came inside once a neighbor opened the door for them. But they lived in so many other houses, especially on the other side of the street. They stole so much, and they trashed those places. It’s horrible. The Russians held people at gunpoint when the latter would go out into the street, not realizing what the former were doing there. I mean, how could this be? I know that one house they stayed in was empty, but the other one people just vacated for them. [The people] let them go further into the village, and so they did, looting and shooting at too many homes. 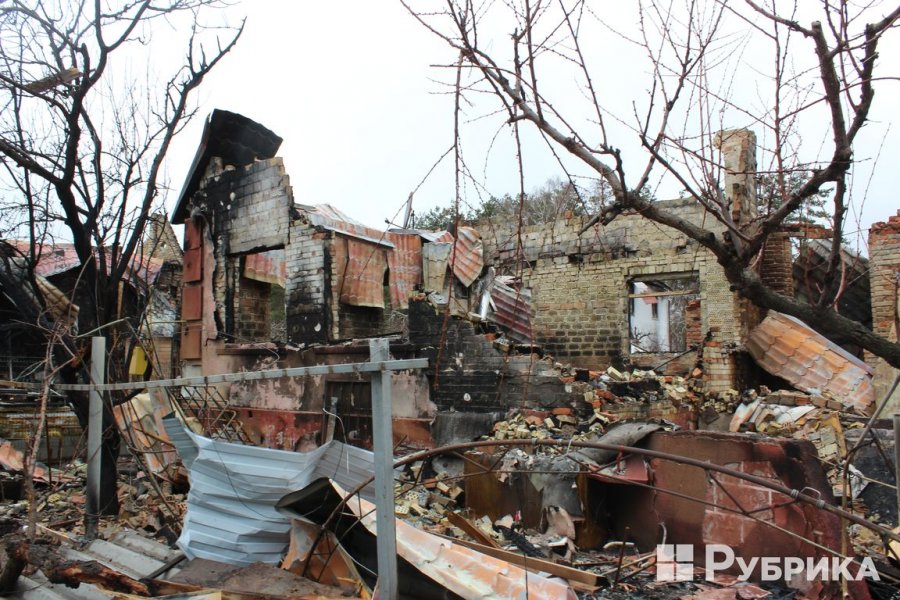 — Did people manage to get out before the occupation?

— The Russian troops came in too fast, and many people stayed back. My neighbor heard that some managed to escape through the dam: [Russians] let them go. Some succeeded, but a lot had to remain — more than half of the village population. People said there were around five units of Russians, the ones with the letter “V” all over them; that part I saw myself. Reportedly, the Chechens and the Buryats were part of those units. The village was divided into districts: say, some could cross the street wherever, whereas others could not. The troops would come in and take away food, gas, and even cars from those who had them. From what I understand, it all depended on the unit. I also know that apparently, they were keeping people hostage, looking for soldiers. They looked for them everywhere. They searched for uniforms, for weapons, and if they found anything, they took it away.

— Are you aware of any more victims among civilians?

— When we were transported to Dymer (hospital’s name — editor’s note), there were a lot of people being brought from Kozarovychi, because the true horror was there. Whoever wanted to drive out and escape, was immediately shot at. Many injured people who were brought to Dymer were exactly from Kozarovychi. And, I think, a very big number of people were them were injured there.

— Were you preparing for this war?

— We were not thinking about it at all. Even on the 24th, when I received a call from work asking me to take a day off due to the war — even then I did not think that everything will be so large —scale and serious. I remember how my acquaintance from the local shop called me and said, “Go on and buy something for yourself, because you will not have a chance to purchase anything later.” We quickly went to the store — the crowd was enormous; long lines and people were grabbing everything they could from the shelves. Everything! We had only one thought — to collect as much food as possible as it will not be available later. That’s it! There was no fear. And we were not expecting that such a thing could happen — that the people will be killed and that the cities will be bombarded.

— Was your town bombarded?

— Very often so. A lot of buildings were destroyed, and people lost their homes. We had a local military base and a dormitory destroyed. Those buildings near which the combats were taking place were severely damaged. And the buildings in the city center were destroyed too — they are no longer there. They are just no longer there. People lost their homes. Our house was heavily bombed too. It is scary because life turned upside down, and you just do not know how to continue living after this. Everything was destroyed in your life: your plans, dreams, your friends — everything. And you have nothing left. Nothing.

Translation by the Center for Civil Liberties.