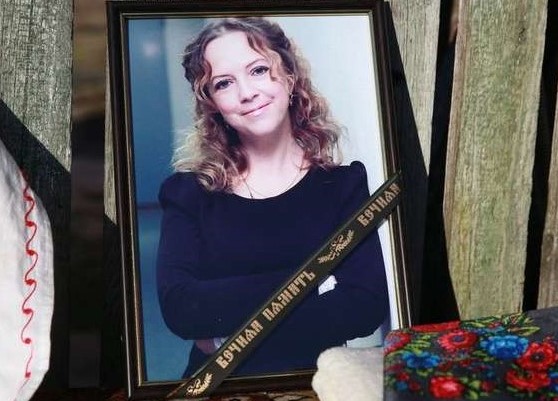 A court in Kyiv has found Yury Rossoshansky guilty of the murder of lawyer and human rights defender, Iryna Nozdrovska and sentenced him to 15 years’ imprisonment.   He was also ordered to pay four million UAH to the victim’s family.  The sentence can, and almost certainly will, be appealed, however Rossoshansky will remain in custody.  Iryna’s daughter, Anastasia Nozdrovska called the sentence just with respect to Rossoshansky, but insisted that the court should have sent the case back for re-examination to ensure that all her mother’s killers were punished.

The trial had been underway for well over two years at the Shevchenkivsky District Court in Kyiv,  According to Anastasia Moskvichova from the ZMINA Human Rights Centre, the court found that Rossoshansky’s testimony had been quite detailed and dismissed his former statement that he had been forced by the police to give false testimony against himself.  This is despite the fact that the court found the protocol of a search of the defendant’s home inadmissible due to procedural infringements.  The protocol in question claimed to have found traces of Iryna Nozdrovska’s blood on a wall. The same court declared inadmissible, also for procedural infringements, the results of an expert assessment of traces under the victim’s fingers which alleged that they contained the defendant’s DNA.

The court, however, dismissed Nozdrovska’s family’s insistence that the murder had been commissioned and carried out by a group of people, asserting that this had not been substantiated by the investigation.

Despite the above indications that at least some of the evidence was falsified, the court does not appear to have seriously considered other concerns, namely whether Rossoshansky would have been capable of having carried out the crime by himself.

There was concern from the outset that, due to the high profile nature of the killing, that undue haste had been taken in order to claim that it had been solved.  Iryna’s family has continued to assert that the investigation was not complete.  They clearly suspect that certain individuals in high places are being protected, with an MP earlier named, and Anastasia Nozdrovska openly accusing a high-ranking police officer, Andriy Niebitov, of involvement.

38-year-old Iryna Nozdrovska disappeared on 29 December, 2017, two days after an important court hearing which blocked the release from imprisonment of Dmytro Rossoshansky, the suspect’s son.  He had, on 30 September 2015, knocked down and killed Iryna’s 26-year-old sister, Svitlana Sapatynska, while in a state of extreme intoxication. Iryna Nozdrovska had spent two years seeking a proper sentence for the young man whose uncle was at the time the head of the Vyshhorod District Court in the Kyiv Oblast.  Dmytro Rossoshansky had received a 7-year sentence, but lodged an appeal, with that hearing held in the Kyiv Court of Appeal on December 27.  There had been a real chance that the young man would be released under an amnesty, however Nozdrovska succeeded in convincing the court of the need for a new examination, taking into account evidence that the defendant had been intoxicated at the wheel.   Instead of being released in court, as he and his family had expected, Dmytro Rossoshansky was sent back to the SIZO or remand prison.  Yury Rossoshansky had been heard telling Nozdrovska in court that she would “end badly”.

This was reportedly one of many threats that the lawyer had received over recent times.

All of the above was very widely discussed, both in Ukraine and abroad, after Iryna’s body was found in a river not far from Demidiv (where she lived) in the Vyshhorod district on January 1, 2018.

The police announced that a person had been arrested on 8 January 2018, with Viacheslav Abroskin, then Deputy Head of the National Police, reporting the following day that this person, later identified as Yury Rossoshansky, had admitted the crime, but not expressed any regret.  He also asserted that the investigators had amassed considerable material proof of his involvement.

For some time, Yury Rossoshansky did not appear to dispute the charges, objecting in court only to being remanded in custody.  Later, however, he asserted in court that he had been placed under pressure to testify against himself.

There remain grounds for concern about this case.  On 24 October 2018, the Obukhiv District Court in the Kyiv oblast sentenced Dmytro Rossoshansky to 7 years’ imprisonment without the right to amnesty, as well as imposing a large fine and banning him from driving for three years (presumably after the sentence).  That ruling, including the ban on any amnesty, was upheld on 9 July 2019 by the Kyiv Court of Appeal.  He was, however, released on 29 January 2020, with this only learned from his and his father’s lawyer, Oleksiy Tsybenko, at a court hearing on 11 February 2020. Tsybenko said that the 2016 law on amnesty had been applied, despite two courts having prohibited this.

Iryna Nozdrovska had taken part in the Euromaidan protests and had also been involved in other cases exposing corruption.  63-year-old Yuri Rossoshansky’s arrest and apparent confession meant that nobody else was sought in connection with the crime.

This remained the case although there were doubts from the beginning that the 63-year-old could have committed the crime, which involved carrying Iryna’s body over his shoulder for around a kilometre and a half to the river, by himself.

Anastasia Nozdrovska was just 18 when her mother was killed.  She and her grandparents continue to question the official version about Yury Rossoshansky having been drunk, met Iryna at the bus station, had an altercation with her and then killed her in an unpremeditated attack.  As well as doubts about Rossoshansky’s ability to carry the body by himself, they also do not believe that there could have been such an argument in a public place without somebody having heard something.  There was also little point in the long journey, via an overgrown garden and ditch to the river since the latter, at that time of the year, was little more than a shallow stream and would not, as was claimed, have either washed the body away, or enabled it to remain unfound.