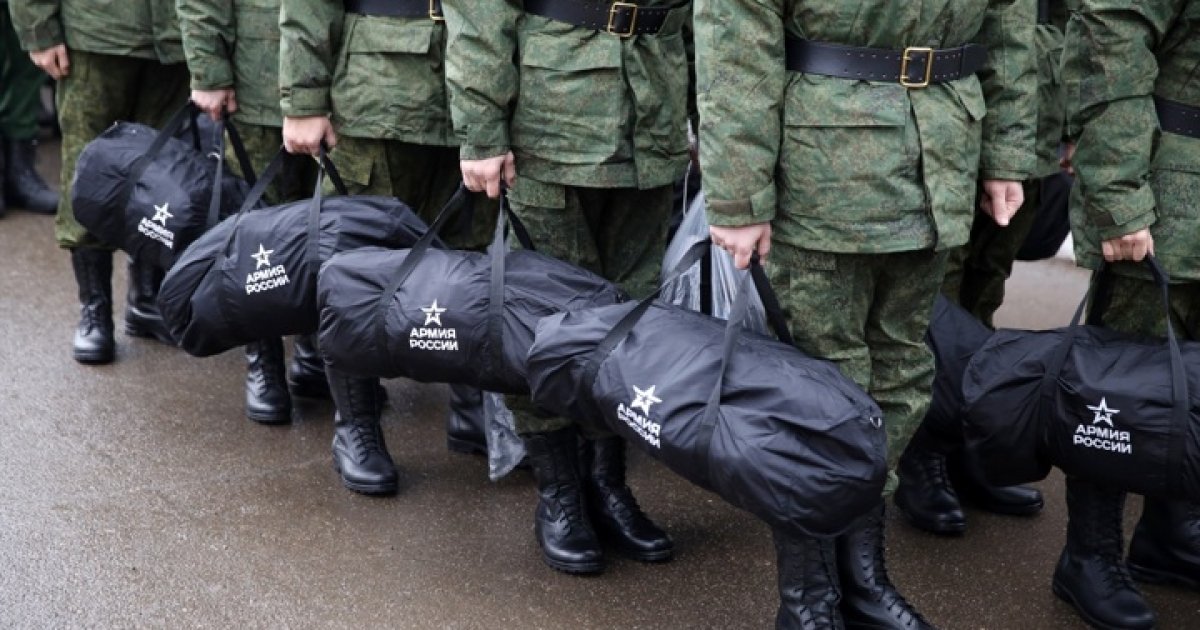 Reports from occupied Crimea suggest that Russia’s measures aimed at forcibly mobilizing men to fight its war against Ukraine are specifically targeting Crimean Tatars.  CrimeaSOS on 23 September that, according to preliminary estimates, Crimean Tatars had received around 90% of all call-up notices so far in occupied Crimea, despite making up no more than (at most) 15% of the population.  This would indicate a deliberate targeting of Crimean Tatars which Yevhen Yaroshenko, from CrimeaSOS said, could lead to covert genocide of the Crimean Tatar people.  There was, however from Lutfiye Zudiyeva, Co-Founder of Crimean Solidarity.  She advised people to be cautious and not automatically believe social media comments from unknown accounts. The warning is particularly needed since Russia has been using terror and repression for the past eight years to actively try to force Crimean Tatars from their homeland.  They must not achieve a similar result through forced mobilization.

Russian leader Vladimir Putin announced what he called ‘partial mobilization’ on 21 September.  This was claimed to affect only 300 thousand reservists.  It rapidly became clear that 1) people with no military experience were receiving call-up papers or simply being seized on the street and 2) Russians were proving far less passive when they themselves were expected to fight in Russia’s war against Ukraine.

By 22 September, the human rights initiative Crimean Idea that large-scale action was underway in areas of Crimea with large Crimean Tatar populations to forcibly bring people to mobilization collection points.  Effective raids of people’s homes had begun at around 6 a.m., with the ‘officers’ in some cases forcing their way and handing out draft notices after tricking people by shouting that help was needed.   Crimean Idea’s monitoring had also recorded cases where people had ‘been mobilized’ at their workplace, with one such case involving several teachers immediately receiving draft notices.

Crimean Idea spoke of over one thousand people having been affected.  Later that same day, however, Oleksiy Tilnenko, Head of the Board of CrimeaSOS, that around five thousand Crimeans had been summoned to military recruitment offices.  In some parts of the peninsula, military recruitment and police officers had simply gone around to people’s homes and taken the men away to the recruitment offices.  Well-known Crimean Tatar human rights lawyer Emil Kurbedinov that a large number of people had approached his office, for legal consultation in connection with the announced mobilization.

In on 24 February, Lutfiye Zudiyeva stressed that the absolute first step, should a person be threatened with mobilization, must be to consult a lawyer.  It is not guaranteed that people need to voluntarily “deport themselves from Crimea.  That is far from in the collective interests of our people and only in specific cases is it the sole and necessary solution.”

As the main indigenous people of Crimea (and of Ukraine, in general), it was doubtless galling to the Kremlin, that the majority of Crimean Tatars and their representative assembly, the Mejlis, were implacably opposed to Russian occupation and unequivocally identified themselves with Ukraine.  This is almost certainly a major reason why Crimean Tatars have faced especially ferocious repression under Russian occupation.  Persecution and hate speech are also aimed at forcing as many Crimean Tatars as possible to leave occupied Crimea.

Russia began its criminal use of conscription in occupied Crimea soon after its invasion and even prior to its full-scale invasion, some 34 thousand Crimeans had been forced to serve in the Russian army.  It has long committed a second war crime through its active propaganda of military service and militarization, particularly among children and young adults. All of this is in flagrant violation of the  which, in Article 51, states unambiguously that “the Occupying Power may not compel protected persons to serve in its armed or auxiliary forces. No pressure or propaganda which aims at securing voluntary enlistment is permitted”.

Russia is now escalating its violation of international law through forced mobilization of Ukrainians from occupied Crimea for its war against Ukraine.  Forced mobilization, even of men with serious health issues, has been applied in occupied Donbas since just before Russia’s full-scale invasion on 24 February 2022, and Russia is now attempting such mobilization on territory seized since then.  One of the motives behind the sham ‘referendums’ now underway is doubtless to increase the number of Ukrainians Russia can send to fight, and probably die, in its war of aggression.