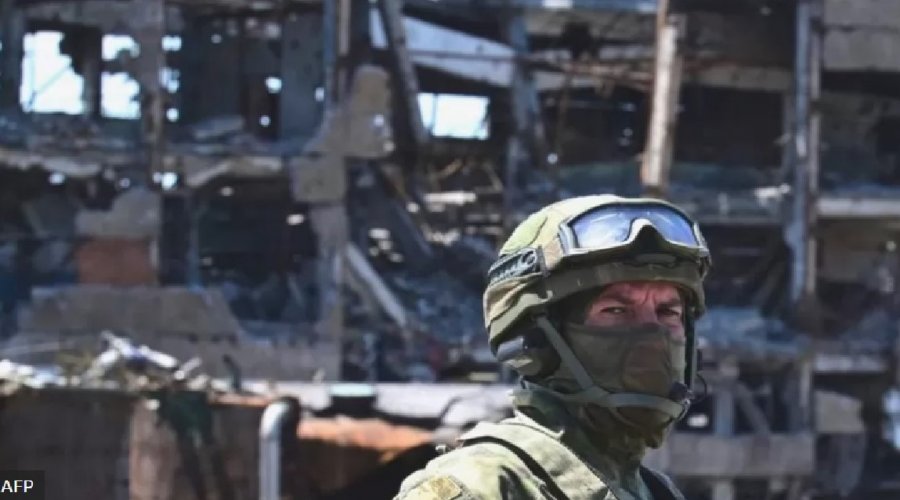 Russia’s State Duma looks set to pass a bill allowing school leavers to sign up to the Russian army on contract, without having done military service or completed some kind of professional training.  The move, which will enable Russia to send very young men to fight in Ukraine, will, according to one human rights defender, make Russia’s armed forces “incredibly unprofessional”, with contract soldiers effectively becoming so much ‘cannon fodder’.

The bill now due for its second reading in the Duma on 28 June* introduces amendments recommended by the parliamentary committee on defence and seems very likely to be swiftly adopted and then signed into force by Russian leader Vladimir Putin.  Moscow needs soldiers for its war against Ukraine, and this overcome certain hurdles.

If passed, 18-year-olds will be able to sign contracts to serve in the army immediately after finishing secondary school.  At the moment, this is possible only after young people finish a technical college, meaning that they are one or two years older, and at least have some kind of profession.

Russia has compulsory military service of one year, from the age of 18, however, according to the defence ministry, no more than 5% do service immediately after finishing school, whether because of health issues, further studies or other reasons (almost certainly including corruption).

Russia claimed back in 2014 and this year that such conscripts were not being sent to fight in Ukraine.  There was evidence back in 2014 that this was untrue.  The new draconian legislation introduced in 2022 after Russia’s full-scale invasion of Ukraine has made it harder to find out details now, but there have certainly been cases where the authorities were forced to acknowledge that conscripts had been sent.  It is also believed that at least some of the young men killed when the Moskva battleship went down were conscripts.

While the vast majority of Russians are currently passive in their attitude to Russia’s war against Ukraine (whether supporting it or not), the widespread use of conscription, or mobilization, would bring the consequences of the war home to more parents.  This is doubtless why the new amendments have been proposed.  At present young people have either studied a bit longer or have at least done the first three months of military service before they make any decision to contract themselves to the armed forces.

The BBC Russian Service points out that the rationale is that the person is more capable of making a conscious decision, but does add that the military often persuade or even force conscripts to sign contracts.  This was certainly the case back in 2014-2015, when NGOs, like the Solders’ Mothers of St. Petersburg received many complaints from conscripts or their families.

The present version of the draft bill does stipulate that any contract servicemen could only be sent to take part in military conflict after at least four months service and training.

This, it should be noted, is considerably more than Russia is giving men seized and forcibly mobilized in the Russian proxy ‘Donetsk and Luhansk people’s republics’ (occupied Donbas).  Even those with evident medical grounds that make them unfit for military duties are known to have been rounded up, often from people’s place of work and sent to fight against other Ukrainians.  Russia has essentially not needed to worry about using such men as cannon fodder as their deaths do not need to be in any way officially recorded.  There are reports that Russia is attempting such forced mobilization in parts of the Kherson and Zaporizhzhia oblasts currently under its occupation.

The BBC Russian Service spoke with Sergei Krivenko, a well-known human rights defender and Director of the NGO ‘Citizen. Army. Law’ which has been forcibly labelled a ‘foreign agent’ under Russia’s repressive law. He comments that “the blurring of restrictions for contract service towards a younger age and less training shows that there are not enough soldiers for the military action. This means that the army is becoming incredibly unprofessional, effectively ‘cannon fodder’”.

Krivenko adds that his organization has received reports that the four month training period is not always observed ant that people have been sent to fight immediately.

At the end of May, Russia also upped the age limit for signing contracts to join the armed forces, with the upper limit now 50.  While using its puppet Donbas ‘republics’ to threaten foreign nationals legally serving in Ukraine’s Armed Forces with ‘death sentences’ and claiming the men to be ‘mercenaries’, Russia is also using well-paid mercenaries from the Wagner and other ‘private military companies’ to fight in Ukraine, and is also trying to recruit fighters from Syria,

* The 28 June reading has been postponed, with one suggestion being that this was due to pressure from the Duma committee on the family, women and children.  There is nothing, at present, on the site to suggest that the amendments have been abandoned.