Young Crimean Tatar likely tortured into ‘confessing’ to anti-war protest Imprisoned in occupied Crimea for opposing Russia’s war against Ukraine Ukrainian seized and sentenced in Russian-occupied Crimea for pro-Ukrainian social media commentsArtist disappears after arrest for pro-Ukrainian anti-war protest in Russian occupied Crimea Crimean teacher dismissed and threatened with prosecution for telling students the truth about Russia’s war against UkraineRussia installs its propaganda TV after seizing Kherson and imposes 15-year sentences for reporting its invasion of UkraineUkrainian survivors of the Holocaust demand Putin and Russia get out of Ukraine Russia continues its carnage, flouting binding order from ECHR to stop bombing civilians in UkraineBabyn Yar bombed by Russia, 80 years after Nazi Massacre of Ukrainian Jews Russia proposes 15-year sentences and threatens "treason charges" for telling the truth about its war crimes in UkraineRussian schoolchildren told that Russia is bombing and killing Ukrainian children in ‘self-defence’ Putin miscalculated. Russia is fighting “an army of 40 million Ukrainians” Chief Rabbi of Ukraine demolishes Putin’s excuse for Russia’s invasion Russia bombs a Ukrainian kindergarten and apartments in its war against independent Ukraine Putin will continue attacking until Russia is stopped. Help Ukraine defend its freedom today!Russian Rule of Lawlessness in Occupied Crimea and DonbasImprisoned Crimean artist faces ‘terrorism’ charges for protesting Russia"s war against UkraineUkrainian in occupied Crimea gets harsh prison sentence for calling Russian Guard officer a war criminal and child killer Russian Prosecutor General given power to close media for ‘discrediting the army’ through truth about the war against UkraineBatons & gunshots in new arrests of Crimean Tatars in occupied Crimea
• Topics / Human Rights Abuses in Russian-occupied Crimea 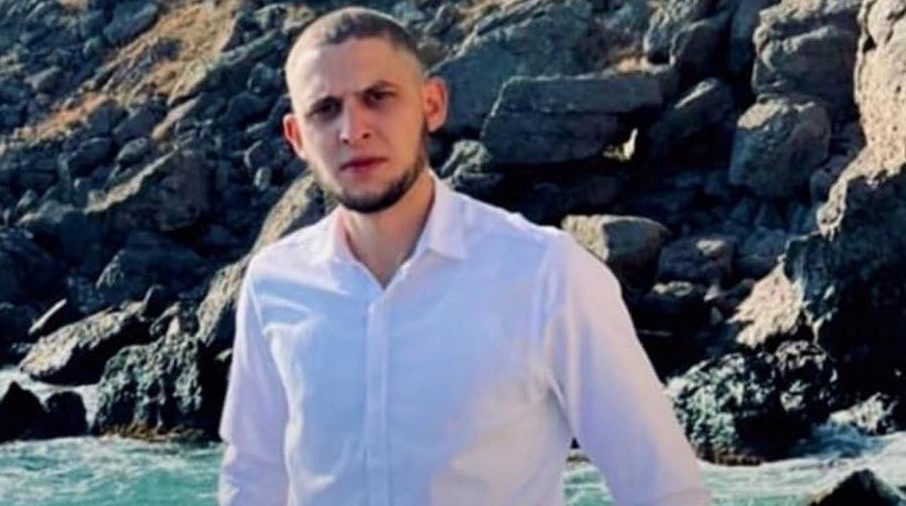 A Russian occupation ‘court’ has sentenced Aziz Faizullaev to three years imprisonment on charges to which he probably ‘confessed’ under torture.

The sentence was passed on 26 October 2022 by ‘judge’ Igor Brazhnik from the occupation Sovetsky district ‘court’.  The ‘court’s’ press service reports that Brazhnik also imposed a huge fine (700 thousand roubles), stating that Faizullaev had fully confessed to the crime, while also using his constitutional right under Article 51 (of Russia’s constitution) to not give testimony.  Such a ‘refusal to testify’ would be convenient if, as suspected, the only evidence against the 25-year-old Crimean Tatar from Pushkino was his supposed ‘confession’, obtained while he was deprived of an independent lawyer.

Faizullaev is claimed to have made two Molotov cocktails and hurled them into the building of the Pushkino Village Council.  This prompted the charge under Article 167 § 2 of Russia’s criminal code (deliberate destruction or damage of property through arson for motives of hooliganism).

On 5 June, a Telegram channel reported that a Molotov cocktail had been thrown into the building of the Pushkino Village Council.  This had resulted in a small fire in the room where the council deputies meet, but had not destroyed any documents, nor caused any major damage.  The author of the report noted the recent spate of Molotov cocktail attacks on Russian military recruitment offices, and merely suggested that it was less than clear why anybody would want to attack a village administration building.

The petrol bomb (or bombs) had been hurled during the night when the building was empty, and when it was most unlikely that there would be witnesses.  It is therefore suspicious that a mere two days later, on 7 June, a search was carried out of the home in Pushkino that Faizulaev lives in with his parents, and he was taken away.  By that very evening a video, apparently made by the Russian propaganda channel Crimea24, had appeared on the Internet, showing him ‘confessing’ to the attack.  He looks very stressed, and appears to be reading a prepared text.  As in numerous other such cases since Russia’s invasion and annexation of Crimea, the ‘confession’ was clearly videoed at a time when the young man was totally under the control of the occupation enforcement bodies, and when he was being denied access to a lawyer of his choice.

Faizullaev’s parents said only that they were convinced that their son was innocent of the charges.  His cousin, Elmaz Akimova has always been certain that the charges are fabricated. Back in June, she told Graty that Aziz had received many so-called ‘warnings’ from the occupation authorities about the inadmissibility of so-called ‘extremist activities’.  The most recent of these had been just weeks earlier when Faizullaev, like many other Crimean Tatars, was subjected to such intimidation on the eve of the anniversary of the 1944 Deportation of the Crimean Tatar people (18 May).

Such harassment doubtless explains why the FSB were so swift to turn up at Faizullaev’s home.  It does not prove that he did not throw the petrol bombs, but does make it reasonable to expect more proof than merely a ‘confession’ obtained under circumstances which evident breach all procedural norms.

It is also suspicious that the ‘court’ ruling asserts that the attack was carried out as an act of hooliganism while in a state of alcoholic inebriation.  This is quite different from the videoed ‘confession’.  In the latter, Faizullaev says that he wants to confess that, on 5 June, “disagreeing with the special military operation carried out by the Russian Federation on the territory of Ukraine, I carried out an arson attack on the administration building of the Pushkino rural settlement with two Molotov cocktails, having first broken the window. I want to express my sincere apologies to Crimeans and residents of Pushkino. I sincerely repent of the deed. I promise that such actions will not be repeated. I experience a feeling of shame for carrying out the action. I am willing to undergo punishment in accordance with the law”.

His cousin was emphatic that Faizullaev does not use the kind of language heard in this ‘confession’, and that his body language on the video suggested that he was under duress.

As reported, the ‘confession’ was also disturbingly similar to that given, during the same type of videoed stunt, by Bohdan Ziza (Azizov), a 27-year-old artist from Yevpatoria.  Ziza certainly carried out an act of protest against Russia’s invasion of Ukraine, in which, on 16 May, he daubed the Yevpatoria administration building with the blue and yellow colours of the Ukrainian flag.  Whether or not he threw a Molotov cocktail is considerably less clear.(details here).

Both young men have been held in custody ever since their original arrest.