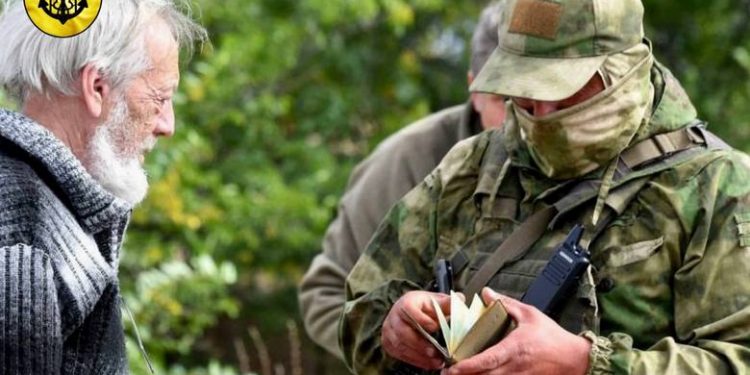 So much for Moscow’s claims that there was virtually 100% support for ‘joining Russia’ in occupied parts of the Zaporizhzhia and Kherson oblasts. Less than a month after a fake ‘referendum’ fabricated pro-Russian unanimity, the invaders have announced that they will be checking people’s telephones in search of subscriptions to Ukrainian Telegram channels and other social media.  They cite Russian leader Vladimir Putin’s decree on martial law as justification for such purportedly unnecessary censorship.

Volodymyr Rogov, a collaborator installed by the Russians in its occupation ‘administration’, reported the new censorship measures on 27 October.  He, of course, claims that the so-called ‘enforcement officials’ will be checking for “subscriptions to propaganda resources of the terrorist Kyiv regime”.  In the case of such subscriptions, the person will first receive a ‘warning’.  “Later, the offenders will be fined. For persistent violation of the requirements of the law on the activities of foreign agents, criminal liability is envisaged.”   Rogov then reminds his readers about a telegram bot specially created by the invaders to encourage people to denounce others.  This is one of many aspects of the Soviet regime that Putin has resurrected in Russia and is now trying to instil in areas of Ukraine temporarily under Russian occupation.

It is only the scale and the open use of such censorship terror against the population at large that are new.  The Russians have examined telephones and abducted or ‘arrested’ people for Ukrainian flags, songs, or pro-Ukrainian sentiments since Russia first invaded Crimea and Donbas in 2014.  After Russia’s full-scale invasion this year, Russian soldiers and FSB began using such checks as part of their so-called ‘filtration methods’ in all areas under their control.  People have disappeared after soldiers found pro-Ukrainian videos or similar on their phones, and in many cases, it remains unclear what happened to them.  The Russians even abducted one child, 16-year-old Vlad Buriak.  Although they probably held him prisoner for three months because of his father, the Head of a Zaporizhzhia District Administration, he was initially seized because of a video about Russians surrendering found on his phone.

Earlier, the Russians staged several forced ‘expulsions’ of Ukrainians from their homes and from occupied parts of the Zaporizhzhia oblast for no more than a T-shirt with the Ukrainian flag or open expressions of opposition to Russian occupation. In early October, Ivan Fedorov, Mayor of Melitopol, reported that the invaders were carrying out such ‘deportations’ on a daily basis.  One woman, he said, had first been held prisoner and beaten for a month because she didn’t know the Russian language, and was then deported. In a separate interview on 7 October, Fedorov reported that two women had been deported. The first had been taken to the last checkpoint in Vasylivka and left there after the Russians found a plan for children studying online according to the Ukrainian curriculum on her telephone.  Another woman had been deported, and forced to walk to unoccupied Zaporizhzhia, after the Russians found a T-shirt with the Ukrainian flag.  The Russian occupiers have themselves boasted of such deportations.  Since they are also holding hundreds of Ukrainian civilians hostage, many for pro-Ukrainian views, it is possible that such ostentatious ‘expulsions’ were for propaganda purposes only, with abduction, imprisonment and torture the Russian norm.

Russia is now claiming that the territory it invaded and is illegally occupying is ‘Russian’, with it increasingly difficult for any Ukrainians to leave for government-controlled Ukraine.  The open threats are doubtless aimed at terrorizing the population but that terror and the attempts to control what people hear and what they think are what Russian occupation means for any part of Ukraine. 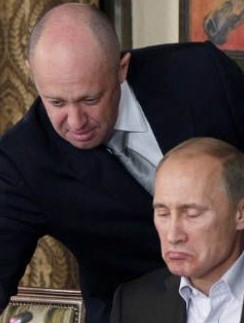