Russia destroys or damages over 1100 Ukrainian hospitals and plunders others 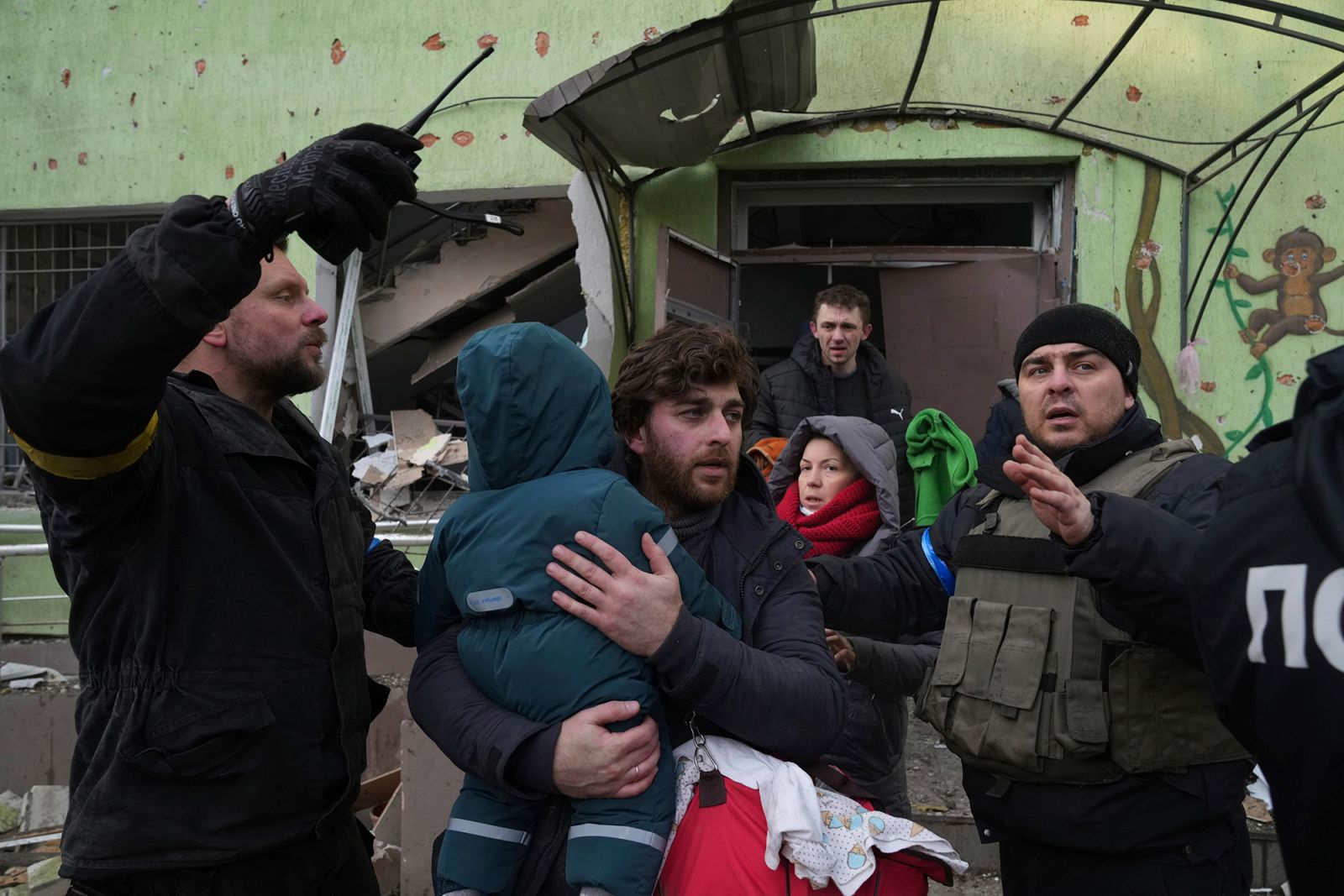 Mariupol A father running with his son after the bombing of the children’s and maternity hospital on 9 March Photo Evgeniy Maloletka, AP

Since the beginning of its full-scale invasion of Ukraine, Russia has damaged over 1100 medical establishments, with 144 of these totally destroyed.  Ukraine’s Health Ministry estimates that the cost of repairing those which can be salvaged will be over 38 billion UAH.  The worst areas affected were the Kharkiv; Donetsk and Luhansk oblasts, with over 200 establishments damaged or destroyed in each.   The Ministry’s figures, however, were posted on 6 November and cannot be definitive when there is no let-up to Russia’s systematic bombing and shelling of civilian targets all over Ukraine.

The invaders have also plundered those hospitals they did not destroy.  On 26  October, for example, Oleksandr Samoilenko, Head of the Kherson Regional Council, reported that the Russians were ransacking the Kherson Regional Oncological Clinic and taking the equipment away.  This was some kind of “sacrilege”, Samoilenko said.  “they abandon their own wounded, they dig soldiers who are alive in graves, yet they take away things from state enterprises.”

Two days later, Ukraine’s President Volodymyr Zelensky stated in his evening address that the invaders were closing medical establishments in Kherson oblast, taking equipment away and also demanding that doctors move to Russia.  They are trying to turn Kherson oblast into an exclusion zone, he said.

The Russians applied similar tactics in occupied Mariupol.  Having destroyed around 90% of the city’s infrastructure and created a grave humanitarian crisis, the invaders took all medical staff away.  On 23 April, Ukraine’s Military Intelligence [HUR] reported that the invaders were ‘mobilizing’ medical workers in areas under Russian occupation.  In Vovchansk (Kharkiv oblast), junior medical personnel had been forcibly sent to the frontline to provide primary medical aid to wounded Russian soldiers.  They had been told they would be shot if they refused.

Pavlo Kovtoniuk, a former Ukrainian Minister of Health, is convinced that Russia’s attacks on hospitals are part of Russia’s deliberate policy of attacking civilian targets. Hospitals should enjoy particular protection under international law and their deliberate targeting is a war crime.  Where there was huge international outcry, such as over the bombing of a maternity hospital in Mariupol on 9 March, Russia has come up with false excuses, pretending that the building was no longer functioning as a hospital and threatened Ukrainians forcibly deported to Russia into claiming that Russia’s crimes were, in fact, committed by the Ukrainian Armed Forces. Most of the time, Russia says nothing and continues repeating that it is only attacking military targets, regardless of how much evidence there is to prove the contrary.

In September, Kovtoniuk and his NGO, the Ukrainian Healthcare Center, published a report about Russia’s attacks on healthcare infrastructure during the first 42 days from Russia’s full-scale invasion.  The period, which the authors call the first phase of the war, was from 24 February to 7 April (when the invaders withdrew from Kyiv oblast).

The report identifies “targeted assaults; indiscriminate attacks, abuse of facilities during the occupation, and cluster munition use.”  The numbers were already shocking, with approximately four episodes occurring each day, and 184 attacks carried out during the 42 days.  During that period, 20 health professionals had been killed by the Russians, or wounded.

“Hospital attacks were not a result of occasional mistakes or local execution failures. Our finding is that the massive destruction of healthcare infrastructure was not a unique phenomenon, appalling as it is in itself. Rather, it illustrates the overall strategy Russian forces and political leadership have applied against Ukraine. It is the strategy of deliberate disregard of distinguishing between civilian and military targets. In other words, terror.”

The authors warned of the danger of Russian impunity for its crimes and criticized the weak response from international humanitarian organizations.  The World Health Organization (WHO) had failed to convene an emergency meeting on the war and had not made any clear-cut statement before the end of March.  Although the tone did become considerably harder, the authors note that the shift did not result in any serious sanctions, with WHO not applying the relevant articles of the WHO constitution to the Russian Federation.   International organizations, and the WHO in particular, are urged to take a more active stance against the mass destruction of healthcare in Ukraine.”

The authors pointed out that Russia’s attacks on Ukrainian healthcare institutions were nothing new.  Russia had use similar tactics in Chechnya and, later, in the war in Syria.  They cite Physicians for Human Rights who assert that after Russia entered the war on the side of the current dictator, Bashar al-Assad, additional 244 attacks on health facilities were committed either by the Russians or by the Russian-backed Assad regime.  Almost nobody has been held to answer for the attacks, despite vast amounts of evidence.

“Attacks on health facilities reach far beyond the straightforward ruining of infrastructure. They have immediate and long-term effects on individual and population health. Furthermore they play a critical role in inducing fear and insecurity in the civilian population.”

With winter almost upon us, Russia is now just as deliberately and with similar motives, bombing energy and other critical infrastructure, leaving millions facing serious restrictions on electricity, heating and water.

The full report can be downloaded here. 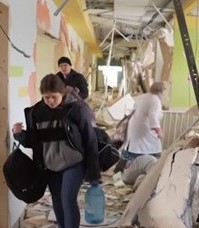