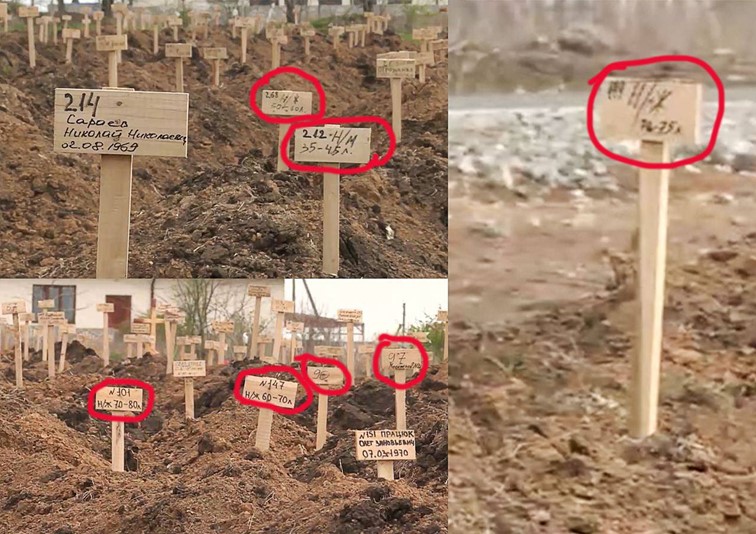 Vladimir Putin’s assurances that Russia would stop bombing the besieged Azovstal steel factory in Mariupol have proven as empty as his claims of ‘victory’.  The bombing and shelling have not ceased, despite there being up to a thousand civilians in the sprawling complex, including children.  On 28 April, the Russians also bombed a military hospital at Azovstal treating gravely wounded Ukrainian soldiers.  Late that afternoon, Petro Andriushchenko, Advisor to the Mayor of Mariupol, cited reports from residents of a huge amount of Russian heavy equipment heading to Azovstal, and said that they were continuing attempts to storm the complex.  Precisely those attempts that Putin claimed had been abandoned.

Following his visit to Moscow on 26 April, UN Secretary General Antonio Guterres announced that Russia had agreed “‘in principle’ to UN and Red Cross involvement in evacuations from Mariupol.”  The Secretary General reiterated the UN’s willingness to carry out the evacuation of civilians during his press conference with Ukrainian President Volodymyr Zelensky on 28 April.  One wonders how confident the Secretary General is of Russian assurances after the Russians carried out a double airstrike on the centre of Kyiv during his visit. 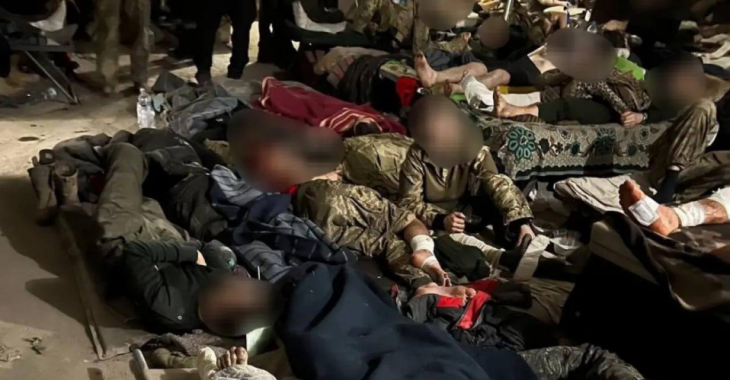 Russia has been blocking civilian evacuations from Mariupol since the beginning of its siege, while forcibly taking Ukrainians to Russia or the Russian proxy ‘Donetsk people’s republic’.   A video was posted on 23 April in which women and children pleaded for guarantees of safety so that they could be evacuated to territory under Ukrainian control.  They spoke of having been underground for almost two months, and how it was crucial, especially for the children to see the sky, to breathe fresh air, and to not have to be afraid all the time of bombs overhead.

While it is entirely clear, except, seemingly, to Moscow, that civilians should not be targeted in any conflict, it may not be obvious to everybody that any hospital is also out of bounds, even if it is treating wounded soldiers.

In fact, however, international humanitarian law protects all hospitals, as long as they were being used in that capacity, i.e. as long as they were treating the sick and wounded.  On 28 April, Azov soldiers reported that their field hospital, on the territory of Azovstal, had been subjected, throughout the night, to massive airstrikes, with the Russians using multi-ton bombs capable of breaking through any concrete protective structures.  The invading forces had then continued relentless artillery shelling.  Azov reported that part of the premises had collapsed, with this including what was being used as an operating theatre, “which makes it impossible now to help our soldiers, even under those conditions as before”.  While not providing any specific numbers, they reported fatalities, as well as injuries to those already wounded and undergoing treatment.

Russia has been bombing hospitals since the beginning of its full invasion of Ukraine.  While it is possible that the bombers are not always aware that they will hit hospitals, they must know that they are hitting civilian targets.  There is no doubt that Moscow is familiar with the international humanitarian law that it is violating.  After Russia’s bombing of the children’s and maternity hospital in Mariupol on 9 March, Russia’s Foreign Minister Sergei Lavrov claimed, against substantial evidence, as well as footage from an Associated Press journalist, that the hospital had been commandeered by the Azov soldiers and was not being used as a hospital.  This was while the Russian embassy to the UK tried to claim on Twitter that the injured, who included a heavily pregnant woman who died, together with her unborn child, had been ‘actors’.  Since then, there have been concentrated attempts to change the narrative altogether, including through a Russian FSB produced video trying to blame Azov soldiers as being behind the bombing (of what, in that narrative, is again acknowledged to be a hospital).

There is considerable witness testimony confirming, not only that the Russians bombed the maternity hospital, but that they later subjected medical staff and the hospital to attack.  Nor was the maternity hospital the only such target. Pavlo Kyrylenko, Head of the Donetsk Regional Military Administration, reported on 15 March that the staff and patients had been taken hostage.

The Russians have taken all medical staff away, leaving only one ‘clinic’ (one medical worker on duty), although there may still be as many as 100 thousand residents stranded in the besieged city.   Even without atrocities like those committed by the Russian invading forces in Kyiv oblast, the very fact that Russia has destroyed around 90% of the infrastructure in Mariupol, yet is blocking evacuation, means that the numbers of deaths are likely to be huge.

The Mariupol city authorities first reported on 9 April, soon after the scale of the crimes in Bucha and other Kyiv oblast cities became clear, that Russia was collecting up bodies in Mariupol, either for mobile crematoria or mass graves.

The first independent satellite footage showing sites that appear to hold mass graves was published by Maxar Technologies on 21 April.  The site, near an existing cemetery at Manhush, outside Mariupol, had begun expanding between 19 and 23 March, and had become significantly larger by 30 March.  The Mariupol City Council estimated that the fresh graves could contain the bodies of between three and nine thousand Mariupol residents.

On 22 April, a second likely mass grave identified by satellite images was reported, in the village of Vinohradne.  A third site was detected near Stary Krym on 25 April, with the Mariupol City Council stating that the invaders “are again trying to hide the scale of the genocide in Mariupol.”  If one believes the signs that the Russians have themselves erected, one sector alone contains 268 graves.  In the satellite imagery from 9 April, you can seen four sectors, which would suggest that “the Russian propagandists have themselves documented the fact that 1000 Mariupol residents have been killed”.   The city authorities believe that information from witnesses about the nature and scale of the burials during April confirm their initial estimate that the mass graves may hold the last remains of three to nine thousand Mariupol residents.

It is probably not the case that all were victims of indiscriminate killings, like in Bucha, but Russia’s siege, constant bombing and refusal to allow significant evacuation make it very unlikely that many could be said to have died of natural causes.