Russia loots 15 thousand artworks, medical equipment and anything that can be plundered from Kherson oblast 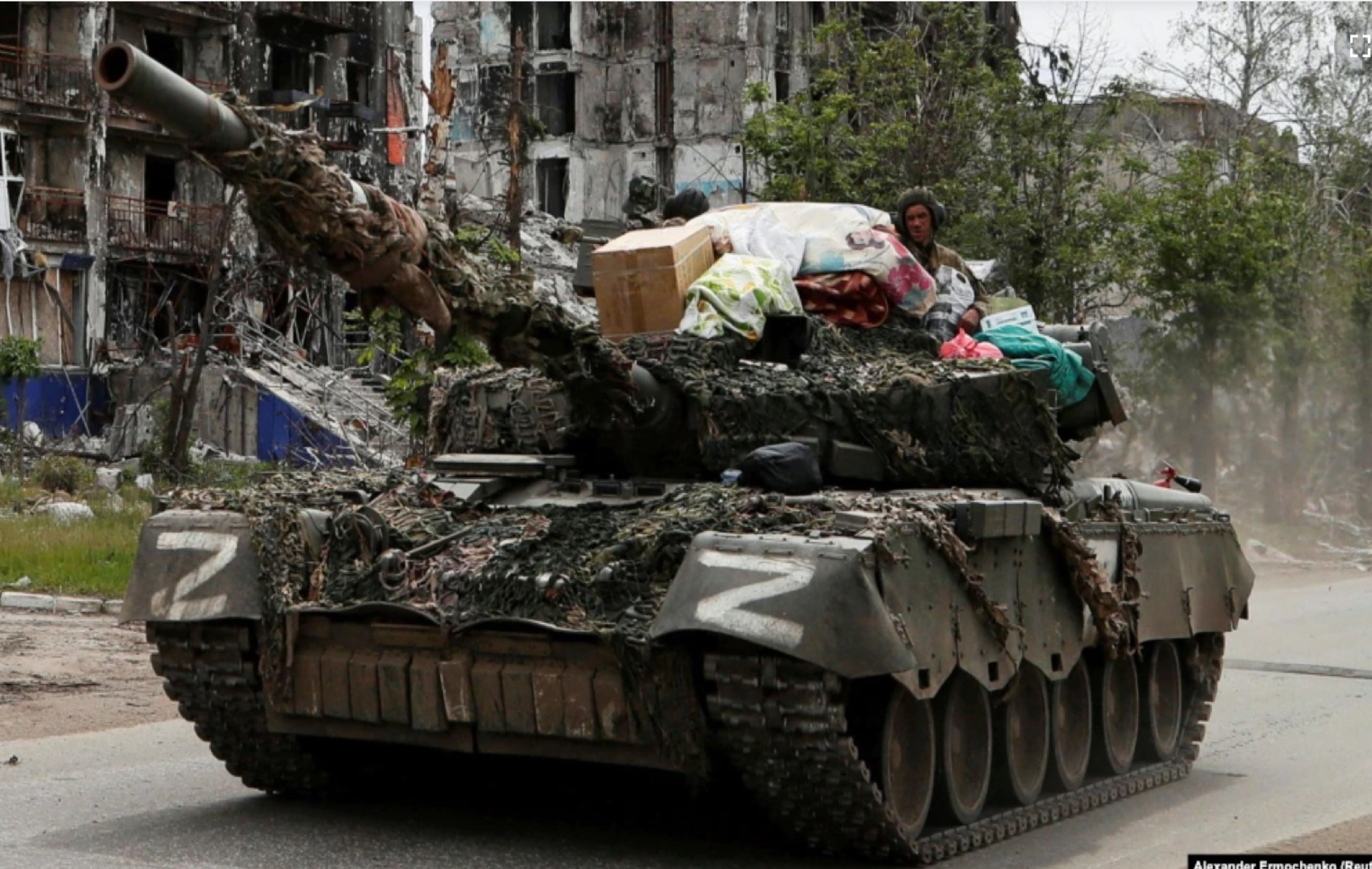 In retreating from Kherson, the Russian invaders stole around 15 thousand artworks, as well as medical equipment and the usual range of household items, from toilets to washing machines, that the Russians have been looting since the beginning of Russia’s full-scale invasion.

At the end of October and beginning of November, vans carrying valuable paintings from the Shovkunenko Kherson Regional Art Museum were taken from the museum to occupied Simferopol.  According to artist Volodymyr Kudlach, the museum held around 10 thousand works of art by Ukrainian and western European artists from 17 – 20 centuries.  An elderly woman, identified only as Lidia, told Novaya Gazeta Europe that the Russians simply piled the paintings into their trucks, without in any way protecting them.  She said that they treat the washing machines that they have looted more carefully than works of world heritage.

Ukraine’s National Resistance Centre reported on 12 November that the Russians have, in all, taken about 15 thousand artworks from Kherson oblast.  That same day, the Kherson City Council stated that the invaders had looted the largest collection of Kherson regional local history materials from the Honchar Library for the Kherson Oblast.  The Library’s Director, Nadiya Korotun said that the Russians had taken priceless pre-revolution publications, and that, through the looting, they had destroyed a vital information source for all of those who are interested in the history of the southern part of Ukraine.  It is, in fact, quite possible that the Russians will destroy at least part of this material, and not merely because of their careless treatment of it.  Russia began pushing the current regime’s narrative about all of the areas it seized and occupied, with all claimed to be ‘Russian’.  The last thing the aggressor state is interested in is genuine information about the area’s real history and identity.

They were interested in plundering rather bizarre items, such as the monuments to Russian General Alexander Suvorov and Naval Commander Fedor Ushakov.  The aggressor state which has mercilessly bombed residential apartments, hospitals and other clear civilian targets, with huge loss of life claimed to be so worried about shelling and ‘sabotage’ that they removed monuments.

Vladimir Saldo, a collaborator whom Russian installed as ‘governor’, also reported that both a statue to prince Grigory Potemkin and his alleged bones had been taken away. Potemkin played a pivotal role in Catherine the Great’s annexation of Crimea in 1783 and is part of the false narrative that the current regime in Russia uses to justify its invasion and annexation of Crimea.

Essentially, everything that can be removed, has been, with the Russians stealing solar panels; cars; domestic appliances; toilets, etc.

The Media Initiative for Human Rights spoke with Krystyna Petryk, from the Kherson oblast village of Borozenske.  She was able to leave, but maintains contact with people who have remained.  She explains that the more success that the Ukrainian Armed Forces had, the more aggressive became the behaviour of the invaders.  The latter began demanding food from those still living in the village, while taking over and looting the homes of those who have fled.  The Russians have taken away all vehicles, Local residents were increasingly forced to live in cellars, while the Russians occupied their homes.  “They’re hungry, exhausted and frightened”, Petryk said, adding that the village had been without running water and electricity for two months, and without gas for five.

Since plundered items need to be transported to the shore of the Dnipro and then taken to the left bank by boat, it is clear that the looting, for example, of washing machines was with the full knowledge, or, of course, direct engagement of the Russian military command.