Russian torture was particularly savage in Kherson oblast, with even teenagers imprisoned 63 bodies of Ukrainians tortured by Russians already found in liberated Kherson oblast UN demands Russia pays Ukraine reparations as probe into Kherson war crimes begins Russians brutally tortured and sometimes killed Ukrainian civilians in village school in Kherson oblast Russia uses Kherson ‘evacuation’ for enforced disappearance of more Ukrainian hostages and POWs Russian atrocities at Bucha may be nothing to those that will be found when Kherson is liberated Abductions and feared mass grave of Russian invaders" victims in liberated Vysokopillia (Kherson oblast) Russian invaders abduct Kherson oblast local leader, install “worst of the worst” collaboratorsMayor of Kherson abducted after refusing to collaborate with Russian invaders Russian invaders torture abducted Kherson patriot into ‘confessing’ to surreal ‘abduction plot’ Tortured to death by Russia"s FSB for helping to defend Ukraine from the invadersTeachers in occupied Kherson refuse to collaborate with Russian occupiers Russia uses terror and abduction in attempt to force schools to collaborate in occupied Melitopol Mayor of Melitopol Ivan Fedorov abducted after refusing to collaborate with the Russian invaders Russian priest arrested and prosecuted for sermon opposing Russia’s war against Ukraine Russia effectively admits it deliberately bombed the maternity hospital in Mariupol that killed three patients, including a childRussia brings grotesque propaganda to Berdiansk after Ukrainian journalists refuse to collaborate Russian invaders murder Ukrainian volunteers Impassioned appeal from Ukrainian Muslim leader in face of Russia’s war to destroy Ukraine Russia is forcing Ukrainians from occupied Crimea and Donbas to fight in its invasion of Ukraine
• Topics / War crimes 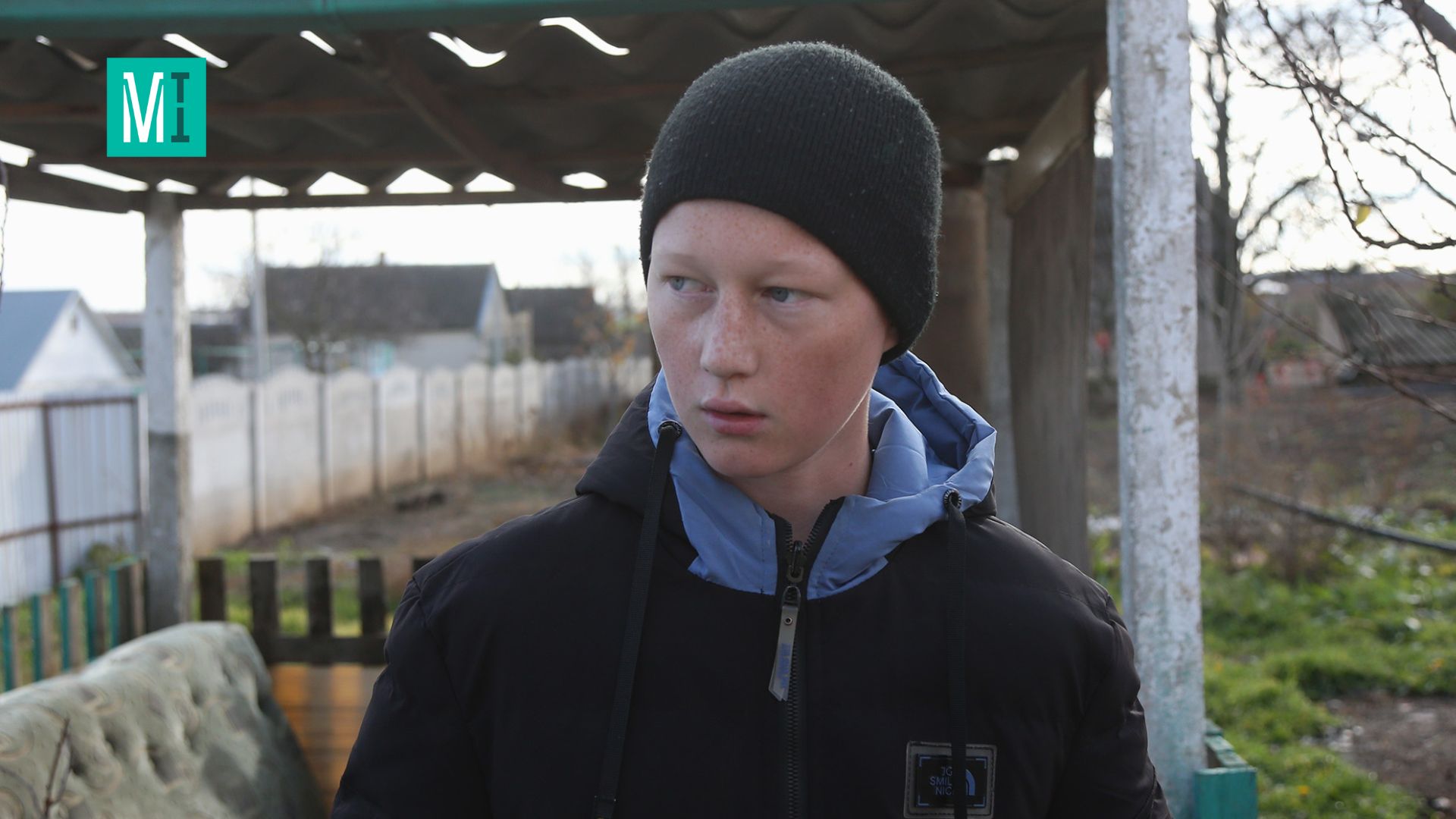 14-year-old Vitalik was held prisoner by the Russians for ten days.  He was cold, hungry and, doubtless, very frightened, with the invaders of his Kherson oblast village threatening to take him to Russia ‘for trial’.  Two girls from Snihurikva in Mykolaiv oblast were not physically assaulted by their captors but say that the Russians threatened to cut their fingers if they didn’t give them the information they demanded.

Vitalik (Vitaliy) Mukharsky is from the village of Kyselivka, near Kherson, and lived, with his family, for eight months under Russian occupation.  He explained to Artur Prikhno from the Media Institute for Human Rights that he was seized by the Russians together with his uncle, 27-year-old Oleksiy, on 10 September.  His uncle had suggested that Vitalik come with him to look at some damaged equipment on the edge of the village.  Oleksiy had just taken a photo when four armed Russians drove up.  They accused them of photographing their technology in order to pass on their position [to the Ukrainian Armed Forces].  They bound both Oleksiy and Vitalik and forced them into their vehicle.  The Russians said only that they were being taken to the FSB [Russian security service].   In Kherson, the two were separated, with Vitalik taken to a basement ‘cell’ somewhat similar to a shower room.  It was clearly not because he was so young that the Russians held him and his uncle apart.  Vitalik was imprisoned with around 12-13 other hostages, though these kept changing.  He was the youngest, with the oldest, a man over 60 whom the Russians seized because he had taken part in the ‘Anti-Terrorist Operation’ [ATO], the initial phase of the military conflict in Donbas. Another hostage told Vitalik that he had been seized because the Russians found weapons at his home.  One person had been imprisoned for two months already, others for two weeks or a month.

It was cold in the basement, Vitalik recalls, with the young lad having been seized with just a T-shirt and light jersey on.  He would have felt even colder as for the first four days he received almost nothing to eat.  He says that the Russians brought pitiful amounts of food for only two prisoners, probably those who had been there the longest.  Those two did share with the lad, but there was very little anyway.  On the fifth day, he received two spoons of buckwheat and two of macaroni.  From then on, they received at least something to eat once a day.

The Russians had commandeered the Kherson Court of Appeal for this particular ‘prison’, with Vitalik estimating that he and the other hostages were held in a room approximately 10 by 5 metres, with two bunks, two tables and two chairs.

Some of the hostages were taken away for ‘interrogation’, which consisted of them being tortured and forced to undergo a so-called lie detector.  Vitalik recalls that he often saw the men return, bleeding.

He would, accordingly, have been terrified when two men in balaclavas and civilian clothes came for him. He was, however, only questioned in a park, presumably because the Russians videoed this.  They asked whose telephone had been used, what they had been photographing and whether they passed them on to anyone.

Vitalik was held for six full days in that first shower room cell, and then he was taken to another room, that looked like an archive, and was both cold and dark.  There was only one other hostage, Tolik, a man from Kherson who was around 30 and had been seized because they found weapons.

Vitalik had some contact with his Russian captors – including those in charge who wore balaclavas and threatened to put him in prison and take him to Russia, saying that, according to Russian legislation, 14-year-olds can face criminal charges.

On 22 September, the Russians came to release Vitalik.  He believes that he succeeded in persuading them to release Tolik as well.  This may be the case, but it is also likely that this was thanks to the desperate attempts by Vitalik’s father, Oleh, who went to Kherson to rescue his son and Oleksiy.  Oleh faced serious grilling then by the ‘kadyrovtsi’ (Chechen fighters linked with Ramsan Kadyrov, the brutal leader installed by Russian leader Vladimir Putin) and was initially told that only the lad would be released, not Oleksiy.  Both were, however, taken to the railway station and freed, together with Tolik.  Until then, Vitalik had had no idea where his uncle had been taken but would have had every reason to fear that he was being subjected to torture.

Ukraine’s Armed Forces liberated Kyselivka on 10 November, and Kherson – a day later.  Vitalik was one of several teenagers from the Kherson oblast whom the Russians held prisoner. 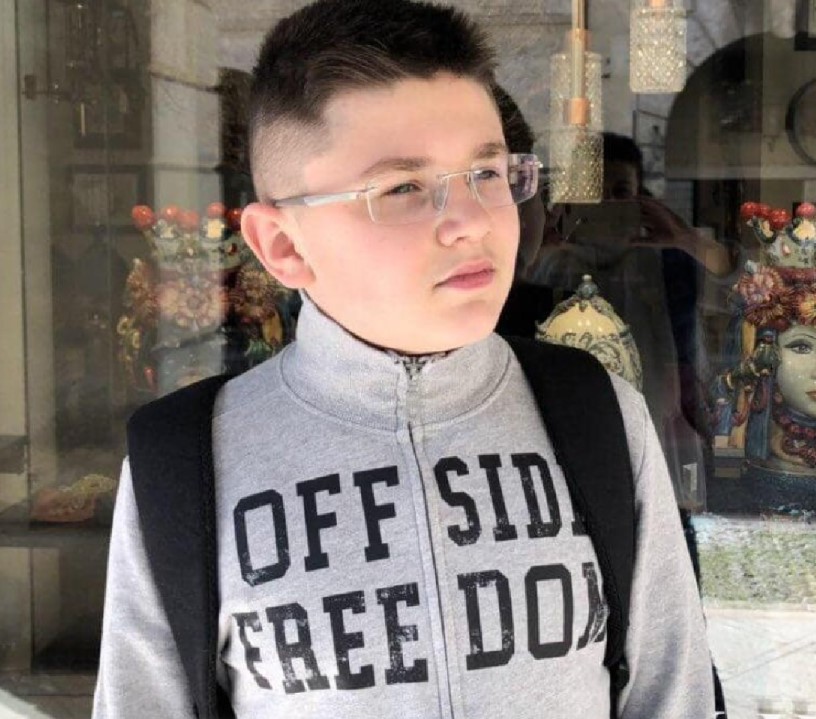 These were not the Russian invaders’ only underage hostages.  Vlad Buriak, the 16-year-old son of the Head of a Zaporizhzhia District Administration was seized at a Russian checkpoint on 8 April from a car headed for government-controlled Zaporizhzhia.  He was only released three months later.  He had not himself been physically tortured, but he had been forced by his captors to clean up the blood, etc. in the room that the Russians used as their torture chamber. 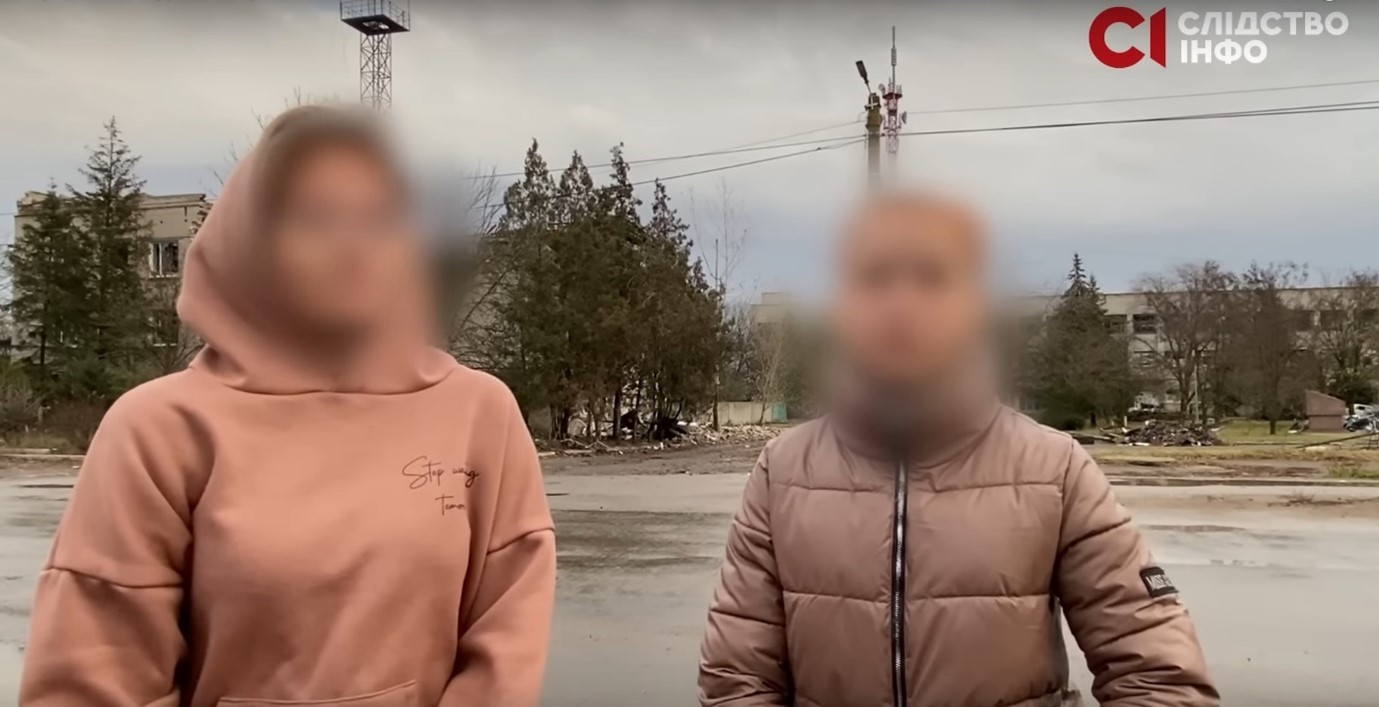 The town of Snihurivka (Mykolaiv oblast) was also liberated on 10 November, after being under occupation since March.  As in all places which the Russians seized, a large number of Ukrainians were abducted and tortured in the local police station, and other premises which the invaders took over.  The huge relief and jubilation when Ukraine liberated the town were reported by both Ukrainian sources and international media.

According to the Russians’ victims and other witnesses, the invaders had lists that they used (and supplemented) to take local residents prisoner and torture them.  Their victims included women and some very young people.  15-year-old Nastya says that the Russians abducted her and her friend and threw them in a basement.  They were held there for four days without food or water.  She says that the Russian soldiers threaten to cut their fingers if they didn’t provide information about the Ukrainian Armed Forces.  This did prove to be an empty threat, but if the girls’ account is true, that does not make the Russians’ behaviour any the less criminal.  Nastya says also that two other girls (whose age she does not specify) were seized, with their whereabouts unknown.  She also does not know where her friend Vitaliy is, and says that the Russians beat him up after he raised the Ukrainian flag over a communications tower.

As of 21 November, the mines which the Russians left were still being cleared, so the investigation into crimes committed during the occupation remains at the early stages.  Those imprisoned do, however, speak of ‘cells’ being overcrowded, and of the terrible screams you heard from the Russians’ ‘interrogation’ of their hostages.