UN demands Russia pays Ukraine reparations as probe into Kherson war crimes begins Russians brutally tortured and sometimes killed Ukrainian civilians in village school in Kherson oblast Russia uses Kherson ‘evacuation’ for enforced disappearance of more Ukrainian hostages and POWs Russian atrocities at Bucha may be nothing to those that will be found when Kherson is liberated Abductions and feared mass grave of Russian invaders" victims in liberated Vysokopillia (Kherson oblast) Russian invaders abduct Kherson oblast local leader, install “worst of the worst” collaboratorsMayor of Kherson abducted after refusing to collaborate with Russian invaders Russian invaders torture abducted Kherson patriot into ‘confessing’ to surreal ‘abduction plot’ Tortured to death by Russia"s FSB for helping to defend Ukraine from the invadersTeachers in occupied Kherson refuse to collaborate with Russian occupiers Russia uses terror and abduction in attempt to force schools to collaborate in occupied Melitopol Mayor of Melitopol Ivan Fedorov abducted after refusing to collaborate with the Russian invaders Russian priest arrested and prosecuted for sermon opposing Russia’s war against Ukraine Russia effectively admits it deliberately bombed the maternity hospital in Mariupol that killed three patients, including a childRussia brings grotesque propaganda to Berdiansk after Ukrainian journalists refuse to collaborate Russian invaders murder Ukrainian volunteers Impassioned appeal from Ukrainian Muslim leader in face of Russia’s war to destroy Ukraine Russia is forcing Ukrainians from occupied Crimea and Donbas to fight in its invasion of Ukraine Children among the dead after Russian invaders opened fire on fleeing civilians Russia installs its propaganda TV after seizing Kherson and imposes 15-year sentences for reporting its invasion of Ukraine
• Topics / War crimes 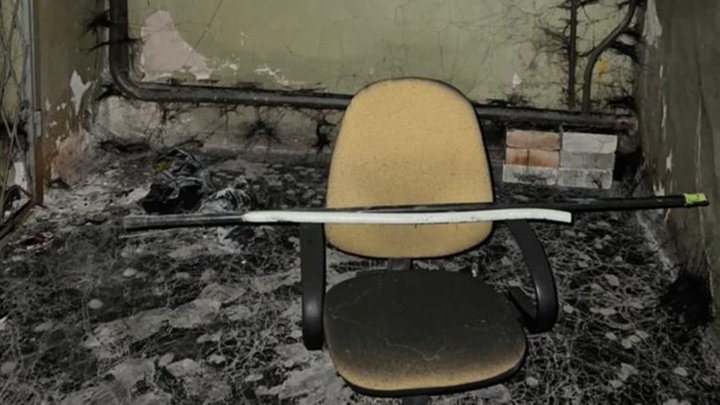 According to Ukraine’s Interior Minister Denys Monastyrsky, 11 places have already been found in liberated parts of Kherson oblast, where the Russian occupiers held Ukrainian civilians prisoner.  In four of these, it is known that the Russians tortured their prisoners. Monastyrsky also said that 63 bodies of the Russians victims have been discovered, with their exhumation now underway.  Thus far, 436 criminal investigations have been initiated where there are signs of war crimes.  The Interior Minister stressed, however, that the investigators are only just beginning, and that it is inevitable that more places will emerge where civilians were tortured and where the bodies of victims are buried.

The retreating invaders left mines everywhere, including on the premises that they used to imprison and torture Ukrainians.  One such place, which has now been de-mined, was the Police Temporary Holding Unit in Kherson where the cells still contain the belongings of the invaders’ victims.  The Russians themselves posted Russian propaganda on the walls, as well as the words of propaganda songs that the prisoners were, seemingly, forced to learn.  There are also crosses that prisoners etched out to try to keep track of the days, and one hostage wrote in Ukrainian: “If you get out of here alive, you will not want to return again.  And you’ll dream of forgetting this painful hell, but, however you try, you won’t have a chance.” 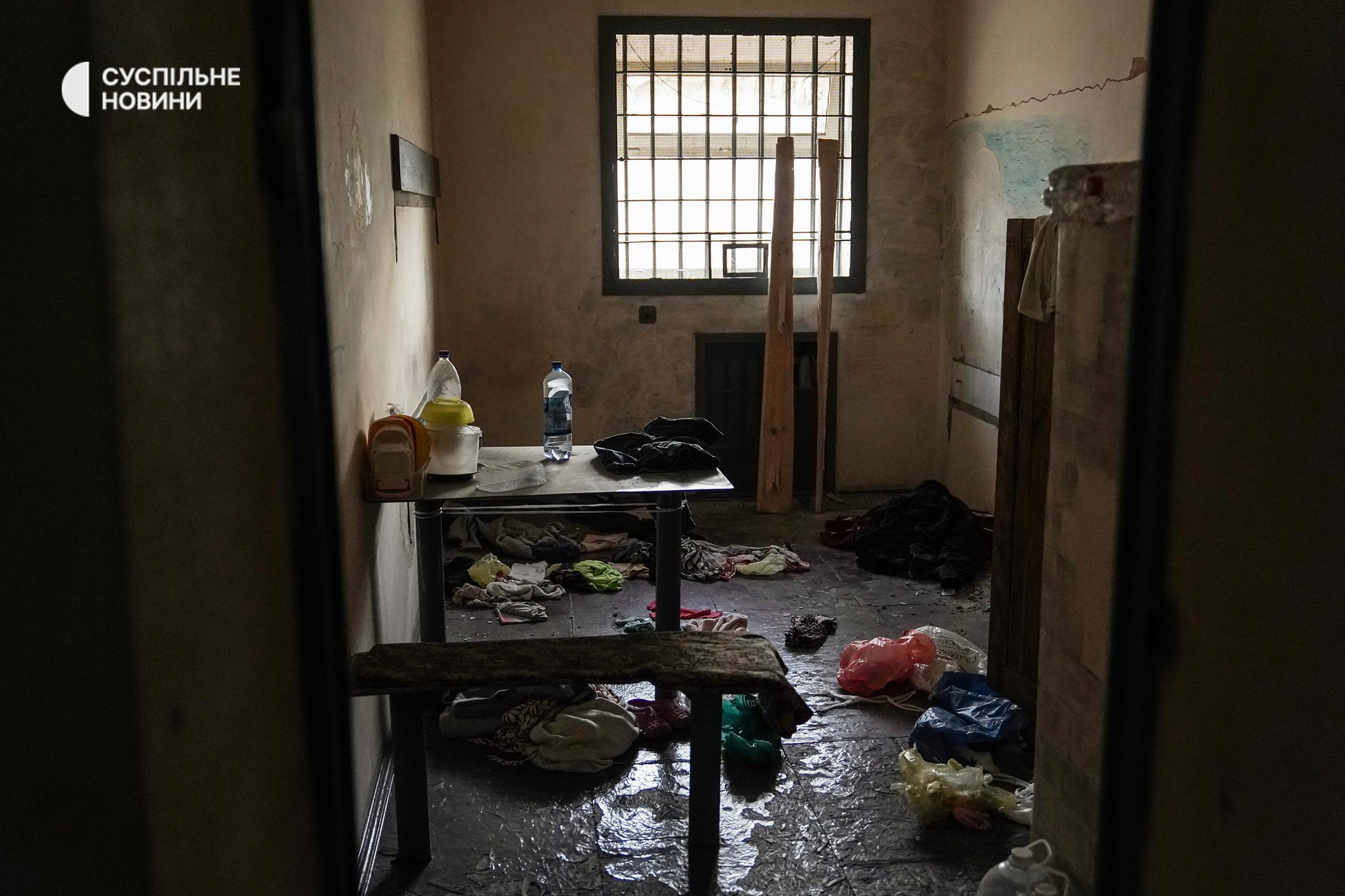 The photos from the temporary holding unit, taken by Suspilne journalist Taras Ibragimov, include a field telephone.  Judging by other places where the invaders have held civilians hostage, it seems likely that the telephone was used to torture prisoners, through the use of electric currents where the wires are attached to sensitive parts of the body.

The photos also include one telling detail about the Russians who seized control of Kherson in March 2022.  On the territory of the holding unit is a room containing multiple washing machines, toilets and other items which the invaders had clearly plundered from people’s homes.  As was first seen in Kyiv oblast, the invaders stole just about everything, but the fact that they were able to steal washing machines to take back to Russia (or sell in Belarus) indicates that such criminal looting was at least tolerated by the Russian military command. 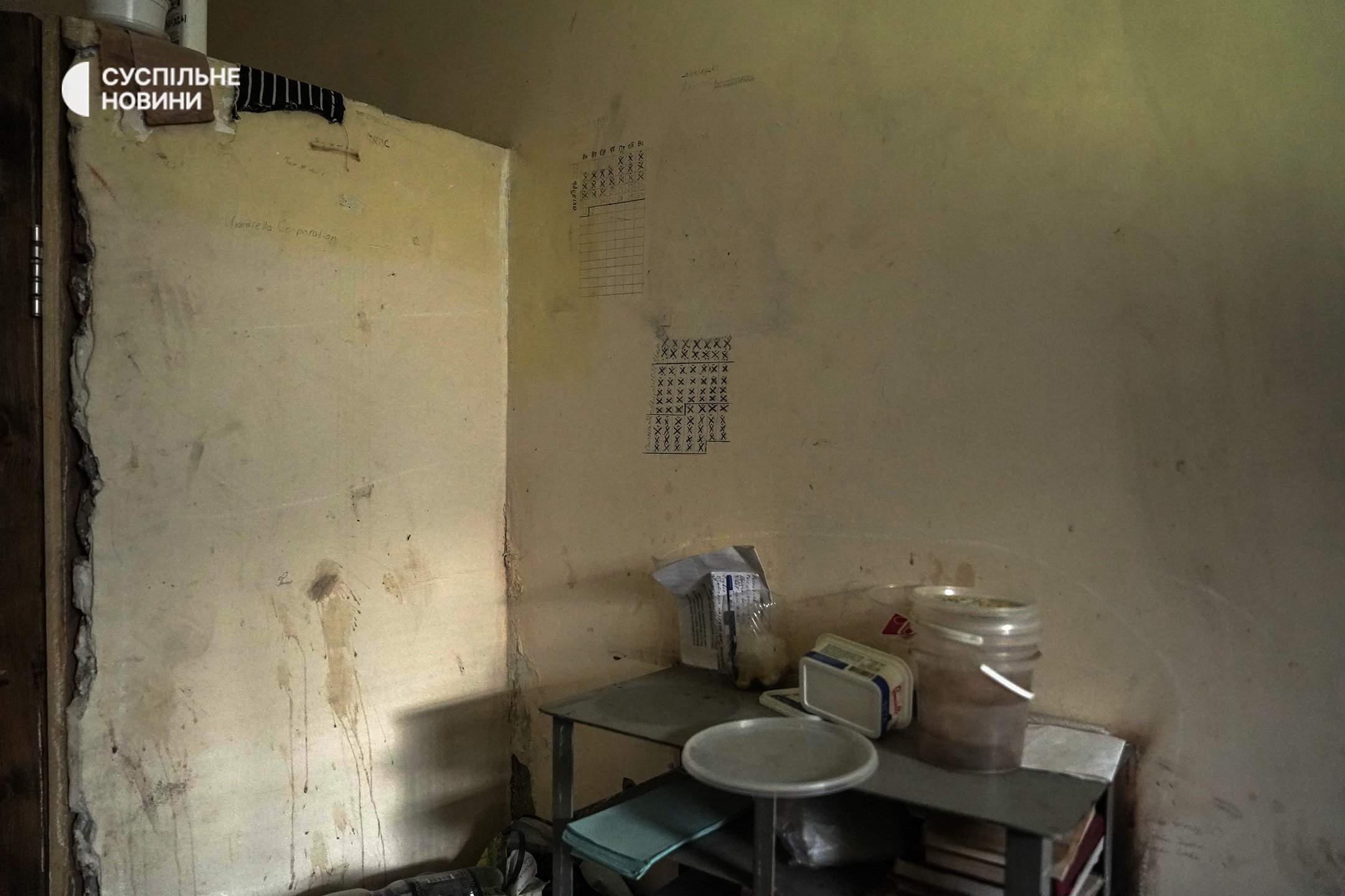 On 16 November, Ukraine’s Security Service [SBU] reported that another Russian ‘torture chamber’ had been uncovered in liberated Kherson.  They did not identify the location but posted photos that included items likely to have been used in torturing prisoners, such as a gas mask (typically used in asphyxiation as a torture method).

The scenes of rejoicing, as Kherson residents came out to greet the first Ukrainian Armed Forces, and the celebrations on Freedom Square each day, left nobody in any doubt as to the level of opposition to Russian occupation.  The Russians began hunting down anybody they suspected of pro-Ukrainian views from the first day after their invasion, and the abductions had, reportedly, gained in intensity during the month or so before Russia’s retreat.  Although public officials (including the Mayor Kherson, Ihor Kolykhaev) ; former Ukrainian veterans from the war in Donbas or relatives of soldiers currently defending Ukraine; volunteers and civic activists were targeted from the outset, anybody could fall victim. 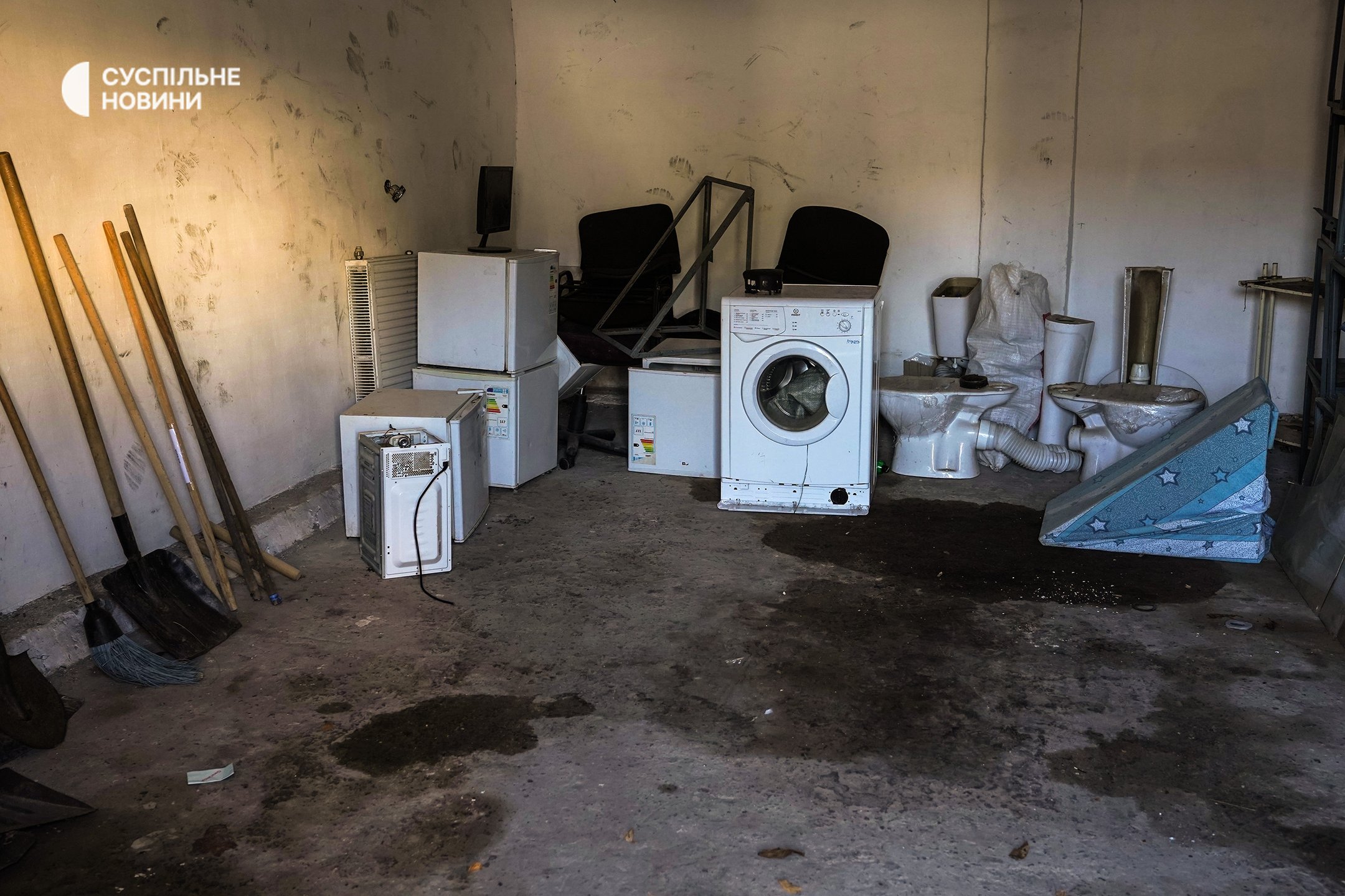 One shocking aspect of Russia’s invasion is that liberation of occupied territory has not necessarily led to civilian hostages’ freedom.  The invaders have taken many hostages to occupied Crimea where they have either staged political ‘trials’ and ‘sentenced’ people to long terms of imprisonment or are beginning such kangaroo court ‘trials’.  Those seized include former naval captain Oleksiy Kiselyov, writer, journalist and civic activist Serhiy Tsyhipa and Iryna  Horobtsova.   The Russians have also targeted Crimean Tatars, with up to ten men already sentenced to up to ten years, or facing such sentences on surreal and entirely illegal charges.

While the bodies of some of Russia’s tortured victims were discovered months ago, like those of Ukrainian patriots and volunteers, Denys Myronov and Vitaliy Lapchuk, ,many Ukrainians simply disappeared.  There must now be very many families waiting anxiously for information about the bodies uncovered.