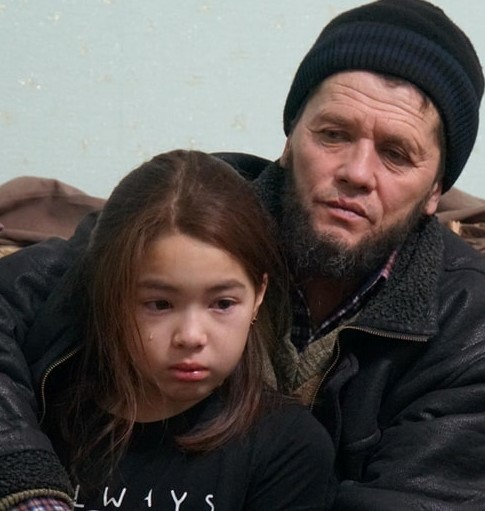 Russia’s FSB have staged another round of armed ‘searches’ in occupied Crimea, with six Crimean Tatars, including a 67-year-old, detained and even denied access to their chosen lawyers.  These new arrests came almost exactly eight years after the FSB first launched its most cynical conveyor belt of repression in occupied Crimea, with identical charges and methods for fabricating evidence already used against over 100 Crimean Tatars and other Ukrainian Muslims. Not one has ever been accused of any recognizable crime, yet sentences of up to 20 years are essentially guaranteed, together with bonuses or promotion to the FSB officers initiating the prosecutions.

The FSB, together with armed and masked OMON riot police and other enforcement officers, burst into six homes in different parts of the Dzhankoi region of occupied Crimea from 4 a.m. on 24 January.  This was the second time that men from this region were seized, with the FSB, as is often the case, going for easy targets, and arresting two men whose brothers have been imprisoned since 11 August 2022.

These raids are doubtless aimed partly at instilling terror in the entire Crimean Tatar community, but the FSB also used them here, as on countless other occasions, to plant so-called ‘prohibited’ religious literature for later use as ‘evidence’.  This is one of the reasons why they immediately take family members’ phones away and illegally prevent lawyers from being present and witnessing officers pretending to ‘find’ the books that they have, in fact, brought with them.  Lawyers would also speak out about the manner in which at least one of the men, Aider Asanov, was forced to the ground and kicked by the officers.

Islyam Veliliaev and the other lawyers who arrived to represent the men have been prevented from seeing them. The ‘investigator’ claims that this is before the lawyers are representing the men from Dzhankoi region arrested on 11 August 2022.  The FSB assert that one of the defendants could change his testimony, with this then causing a conflict since the same lawyer would be representing people with opposing positions.  Veliliaev dismisses such an argument.  There are no grounds for thinking that any of the men will change their testimony and suggestions of a hypothetical nature cannot justify depriving the men of legal assistance from the lawyers of their choice

Lawyer Emil Kurbedinov, whose defence of victims of political persecution in these and other cases, have resulted in him facing persecution, also rejects the FSB ‘investigator’s’ claim. He is convinced that this is simply an attempt to get rid of lawyers.  If you follow their logic, he says, you could end up arguing that, since Hizb ut-Tahrir [the peaceful transnational organization that the men are accused of involvement in] is one organization, no lawyer could represent several defendants from different cases since one of these defendants could, hypothetically, change their testimony.

In literally all of these cases, men are arrested, remanded in custody and then given long sentences merely on charges of ‘involvement’ in Hizb ut-Tahrir.  This peaceful organization is legal in Ukraine and most countries, and is not known to have committed acts of terrorism anywhere in the world.  The suspiciously secretive 2003 ruling from the Russian Supreme Court declaring Hizb ut-Tahrir ‘terrorist’ was never explained, and may well have been a ploy enabling Russia to send refugees back to Uzbekistan where they faced religious persecution.

The FSB designate at least one, but sometimes many of those arrested, as ‘organizer’ of a purported ‘Hizb ut-Tahrir group’ under Article 205.5 § 1 of Russia’s criminal code.  The others are accused of ‘involvement’ in such a ‘group’ (Article 205.5 § 2).  The difference lies in the length of sentence, with those facing the ‘organizer’ charge essentially guaranteed of being sentenced to 17 – 20 years, while ‘involvement’ can carry from 11 – 16 years.  Why the FSB designates one or the other charge seems largely arbitrary, although there have been cases where the charge was changed to the more serious ‘organizer’ because, for example, the person refused to remain silent about having been tortured. It has become standard for the FSB to also add the equally absurd charge of planning to violently seize power’, under Article 278.   Worth noting that the renowned Memorial Human Rights Centre reported during the first years of such persecution in occupied Crimea that the additional charge in Russia was often added against those who refused to ‘cooperate’ with the investigators.  None of the Crimean Tatars or other Ukrainian Muslims arrested on these charges has agreed to such collaboration, and the additional charge has become virtually automatic.

The sentences are, essentially, also automatic, although the ‘evidence’ is as flawed as the charges.  The men are typically tried and sentenced on the basis of innocuous conversations about religion or politics which are then ‘assessed’ by FSB-loyal ‘experts’ who invariably claim that they prove Hizb ut-Tahrir leanings.  The most shocking aspect, however, is the use of secret witnesses, who may never have met the defendants but who are allowed to give ‘testimony’ under false names and with their voices changed, and without any possibility of verifying their words.  The ‘judges’ from the Southern District Military Court do not merely allow such secrecy, but aggressively prevent the defence from asking questions that expose the lies being told.

In recognizing all of the men as political prisoners, Memorial HRC has stressed that Russia is violating international law by applying its legislation on occupied territory, and by forcibly taking political prisoners to Russia.  As mentioned, Hizb ut-Tahrir is perfectly legal in Ukraine.  Even without this, however, there can be absolutely no grounds for charging men with ‘terrorism’ on the basis purely of alleged religious and political beliefs and purported involvement in a non-violent organization.

Russia has also received international condemnation for these ‘Hizb ut-Tahrir cases’ because it is very clearly using such ‘terrorism’ charges as a weapon against civic journalists and activists, and against the Crimean Tatar human rights movement in general.

While international attention is vital, sanctions are also needed against the FSB who fabricate such prosecutions, the Russian prosecutors and ‘judges’ and others who take part in sentencing innocent men to huge periods of imprisonment in the worst of Russian penal institutions.