Russian invaders take Mariupol intensive care hospital and its patients hostage Mass graves of the Ukrainian civilians Russia claims it is not killingTerror and abductions as Russia tries to break Ukrainian resistance in Kherson and other occupied citiesUkrainian journalist Oleh Baturin feared abducted by Russian invaders in Kherson oblast Mayor of Melitopol Ivan Fedorov abducted after refusing to collaborate with the Russian invaders Russian priest arrested and prosecuted for sermon opposing Russia’s war against Ukraine Russia effectively admits it deliberately bombed the maternity hospital in Mariupol that killed three patients, including a childRussia brings grotesque propaganda to Berdiansk after Ukrainian journalists refuse to collaborate Russian invaders murder Ukrainian volunteers Impassioned appeal from Ukrainian Muslim leader in face of Russia’s war to destroy Ukraine Russia is forcing Ukrainians from occupied Crimea and Donbas to fight in its invasion of Ukraine Children among the dead after Russian invaders opened fire on fleeing civilians Russia installs its propaganda TV after seizing Kherson and imposes 15-year sentences for reporting its invasion of UkraineUkrainian survivors of the Holocaust demand Putin and Russia get out of Ukraine Russia continues its carnage, flouting binding order from ECHR to stop bombing civilians in UkraineBabyn Yar bombed by Russia, 80 years after Nazi Massacre of Ukrainian Jews Russia proposes 15-year sentences and threatens "treason charges" for telling the truth about its war crimes in UkraineRussian schoolchildren told that Russia is bombing and killing Ukrainian children in ‘self-defence’ Putin miscalculated. Russia is fighting “an army of 40 million Ukrainians” Chief Rabbi of Ukraine demolishes Putin’s excuse for Russia’s invasion
• Topics / War crimes

Russia has bombed or shelled at least 136 hospitals in Kharkiv, Mariupol and other Ukrainian cities 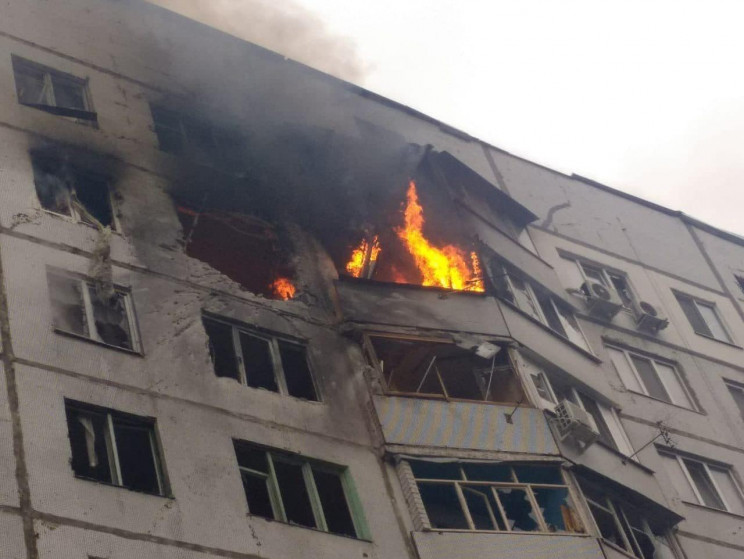 As of 22 March, Russia had shelled or bombed 135 Ukrainian hospitals, with nine of these totally destroyed.  That figure has certainly risen, with one of the attacks in the morning of 25 March on a clinic in the Osnoviansky District of Kharkiv, which left four people dead, and injured three.  While it is conceivable that the Russian invaders did not know that there was a centre for giving out humanitarian aid at the clinic, it is entirely impossible that they did not know that they were shelling a civilian site, as there was nothing of military significance anywhere around.

The same is, of course, true of Russia’s bombing of a maternity hospital in Mariupol on 9 March which either immediately, or a few days later, killed at least six people, including a pregnant woman and her unborn child.  Despite video and photographic evidence of the crime, the Russian embassy to the UK claimed that the bombing had been faked, and that the women photographed, one of whom later died, were ‘actors’.  The lie was so egregious that Twitter removed two of the posts. This was just before Russian foreign minister Sergei Lavrov publicly claimed that the hospital had been taken over by Ukrainian soldiers.  There was no evidence for this, and ample proof that it was a functioning hospital, but the statement did constitute Russia’s effective admission that the site had been targeted deliberately.

It is possible that, in many of the cases, the bombers were not cold-bloodedly targeting hospitals, but they must certainly have known that they were dropping bombs on civilian targets. 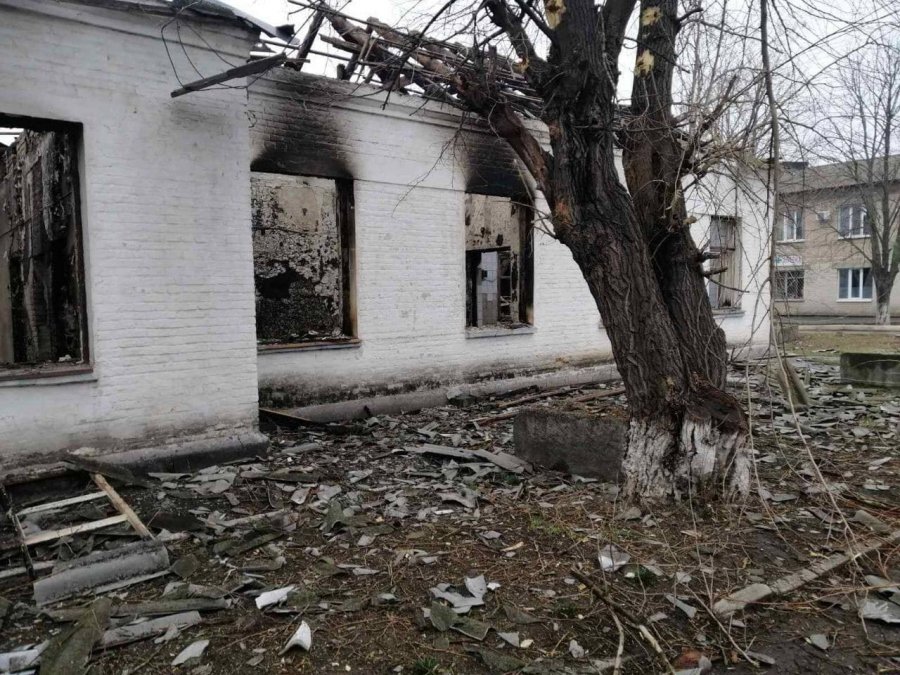 In Zhytomyr on 9 March Hospital No. 1 and a children’s hospital were bombed.  Nobody was injured only because they were in the bomb shelter.  There are doubtless cases, throughout the areas most under Russian attack, where hospital staff can simply not risk moving very ill patients to a bomb shelter.  It is also clear that the stress and disruption to ordinary treatment will be placing patients’ health, and perhaps life, in jeopardy, even if they are not directly hit by Russian missiles.

This is particularly true of the Intensive Care Hospital in Mariupol whose staff accused the Russian invaders of taking them, their patients, as well as local residents forced into the hospital, hostage (details here).

Amnesty International had already reported indiscriminate attacks and likely war crimes within a day of Russia’s invasion on 24 February.  The human rights NGO said that, in the deadliest airstrike, a ballistic missile had struck near a hospital building in Vuhledar, Donetsk oblast.  Four people were killed, and six healthcare workers were among the ten injured.  While the hospital may not have been the intended target, AI pointed out that the type of ballistic missile used is notoriously inaccurate and should never be used near populated areas.  There is also considerable evidence that Russia is using cluster munitions and thermobaric weapons which are widely banned because of the horrific carnage and destruction that they are designed to cause.

If the first airstrike on the Kharkiv oblast was supposed to have targeted the Chuhuiv Air Base, it missed and, at 8 a.m. hit a residential block killing at least one person. It is very widely believed, both in Ukraine and abroad, that subsequent attacks are essentially about causing maximum destruction and terror, given that Russia has failed to defeat the Ukrainian Armed Forces and seize Kharkiv.  There is simply no question of the vast majority of the bombs that have been dropped on Kharkiv, on Mariupol, Chernihiv and Kyiv, having somehow inadvertently ‘missed’ an intended military target.  They were evidently and brazenly aimed at civilians, with the real number of casualties impossible to ascertain since, in many cases, neither the bombing, nor the shelling, stops for long enough.   In Kharkiv, one of the emergency workers who responded to the shelling of the huge Barabashovo Market and ensuing fire, was killed after the Russians shelled again, doubtless aware that they would be targeting a rescue team.

On 24 March, in another part of Kharkiv, the Russians shelled a Nova Poshta [New Post Office] branch where Kharkiv residents were queuing for humanitarian aid.  Six people were killed and 15 injured, needing hospitalization.  According to the Mayor of Kharkiv, Ihor Terekhov, this is the second time that queues for the aid that the Russian invaders have made necessary have been shelled by the Russians.

It is clear that in Kharkiv, as in the other cities that Russia is relentlessly pummelling, the attacks may be indiscriminate as they don’t care who gets killed, but they are certainly aimed at civilians.