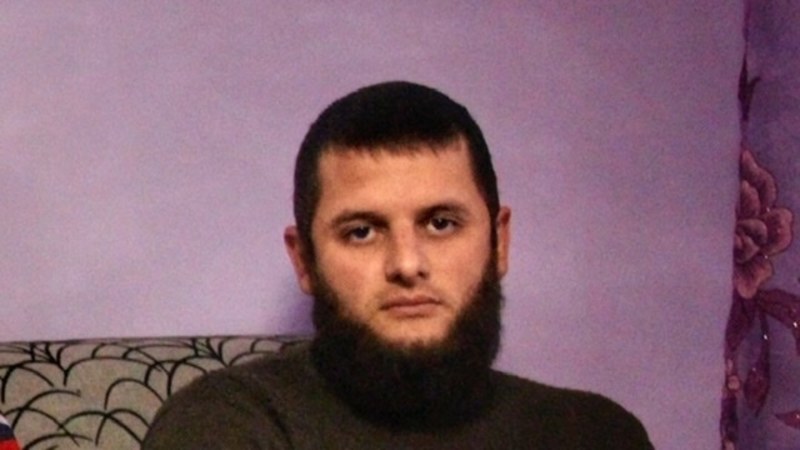 Yet another Crimean Tatar civic activist is facing serious charges for a social media post after being seized by Russian enforcement officers on 6 April and held incommunicado from early morning until late in the evening.

This is not the first time that the Russian occupation regime has harassed Server Bariev, a dental technician and civic activist.   In January 2019, he and two other Crimean Tatars were subjected to an armed search, and he has reported periodically noticing that he is being followed.

Russian enforcement officers arrived at 6.30 a.m. on 6 April and carried out a search of Bariev’s home and, seemingly the separate premises occupied by his parents, and those of his brother.  The officers first shouted at Server to put his hands behind his head, and then, having seen his wife, Leniara, demanded that she do the same and that they both come out while the premises were searched.  Leniara is still feeding her infant daughter and said that she couldn’t leave her, yet the officers insisted that she come.  By then, their small son had woken up and was, understandably, terrified. Leniara says that throughout the two and a half hours of the search, the officers refused to explain why they were there.  The armed men took all phones away from them, and no lawyers were present.  Bariev had managed to inform his brother about the armed raid, however when the latter arrived and asked the officers outside why they were there, the officers very roughly told him to get out and threatened that otherwise they would take him away.

The men left, with Server Bariev, around 9 a.m. with his wife told only that they were taking him to Simferopol.

Later in the afternoon, the family formally reported to the occupation police that Bariev had been abducted, after a search by men who had refused to identify themselves and who had not left any documents explaining what this was all about.

Crimean Solidarity reported well into the evening that criminal proceedings had been brought against Bariev under Article 205.2 § 2 of Russia’s criminal code.  This punishes for something which Russia claims to be ‘public calls to carry out terrorist activities, public justification of terrorism or propaganda of terrorism via the Internet.’

This charge gained international notoriety when it was used against Russian journalist Svetlana Prokopyeva for comments immediately after 17-year-old Mikhail Zhlobytsky blew himself up at entrance to the Akhangelsk FSB offices in 2018.  He left a statement on a anarchist Telegram page saying that this was an act of protest because the FSB “fabricate criminal prosecutions and torture people”.  In her comments, Prokopyeva in no way justified the lad’s actions, but was highly critical of the regime of Russian leader Vladimir Putin.

In Bariev’s case, the charge is over a social media post, seemingly on a religious subject.  Russia is seriously abusing its ‘terrorism’ legislation, with it increasingly used in occupied Crimea as a weapon to silence and intimidate civic activists and journalists.  Over 80 Crimean Muslims, most of them Crimean Tatars have been imprisoned for alleged, although unproven ‘involvement’ in Hizb ut-Tahrir , a peaceful transnational Muslim organization which is legal in Ukraine and which is not known to have committed any acts of terrorism.  A flawed, secretive and very likely politically motivated Supreme Court ruling in 2003 declared Hizb ut-Tahrir  ‘terrorist’, with this used since 2014 as grounds for imprisoning men who have committed no crime on ‘terrorism charges’.

All the Ukrainian citizens whom Russia is imprisoning on these charges are recognized as political prisoners, with their release demanded by all international bodies.

While unable to silence the UN General Assembly, OSCE and European Parliament, Russia is using charges of ‘justifying terrorism’ as a weapon to silence those who protest against horrific sentences without any recognizable crime.

In November 2021, the FSB brought criminal charges under the same Article 205.2 against Olga Smirnova, a political activist from St. Petersburg.  The supposed ‘justification of terrorism’ was supposed to have been her picket in defence of four recognized Crimean Tatar political prisoners from Alushta.

Russia has also used fictitious ‘justification of terrorism’ claims in its move to dissolve the Memorial Human Rights Centre which monitors such Hizb ut-Tahrir  trials and considers all those convicted to be political prisoners.

Server Bariev is, at least, at home, having been forced only to sign an undertaking not to leave his city. The charges, which in his case derive from a social media post, could carry a steep fine or even imprisonment for up to seven years.