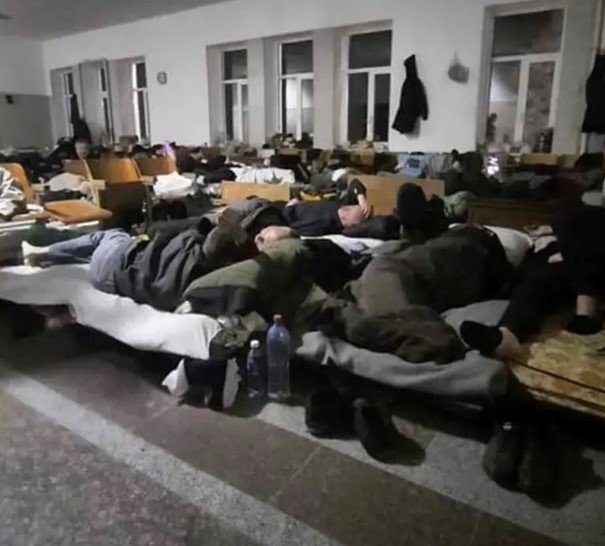 The Russian invaders’ ’filtration camp’ in Bezimiane, where around one thousand Ukrainian men have been held prisoner in appalling conditions for over a month Screenshot from the video

Four-year-old Alisa had spent over two months underground at the Azovstal steel factory when the Russians besieging Mariupol finally agreed to her evacuation and that of other civilians on 8 May.  This was no return to normality, however, as only she was freed, with the Russians seizing her mother, Viktoria Obidina, who is a military doctor who was treating Ukrainian defenders at the steel works.  According to the Azov Regiment, Viktoria is in a so-called ‘filtration camp’ in the Russian proxy ‘Donetsk people’s republic’ [DPR]. 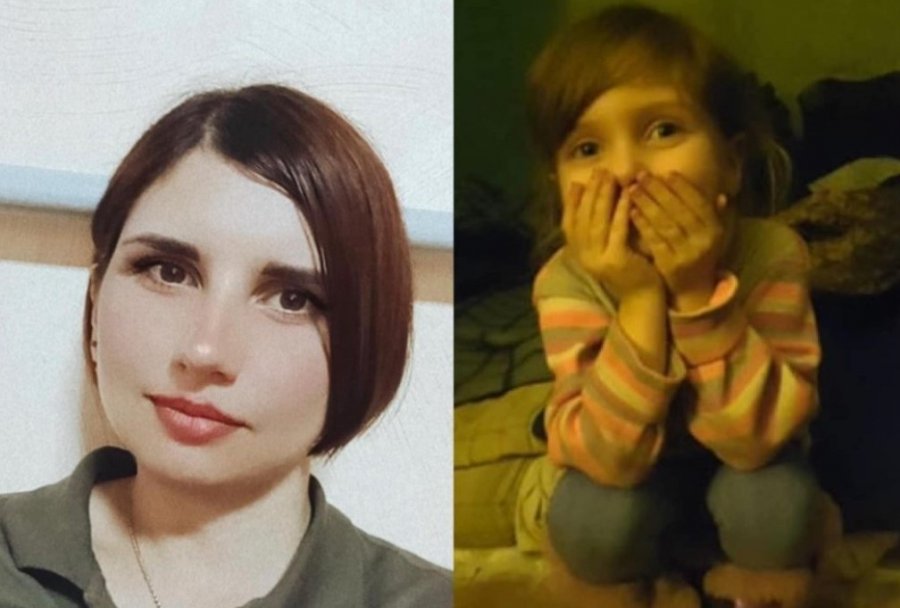 Victoria Obidina and her daughter Alisa

The Mariupol authorities first sounded the alarm about such ‘filtration camps’ at the beginning of April, with these reported to have been used since the second half of March as a first stage in Russia’s enforced deportation of Ukrainians from Mariupol to the Russian Federation.  It was stated then that the Russians interrogate people, check their social media accounts, even demand that they strip naked to check for ‘incriminating’ tattoos.  Such measures are, of course, aimed at detecting any evidence of links with the Ukrainian territorial defence or Armed Forces, work as a Ukrainian volunteer; or even simply of strongly pro-Ukrainian and / or anti-Russian sentiments.

On 18 April, Petro Andriushchenko, Advisor to the Mayor of Mariupol, suggested that the Russians were planning so-called ‘filtration’ of all males in Mariupol.  He said that 5 to 10% of those at that stage known to have undergone this supposed filtration, had ‘failed’, with it unclear what their fate had been after this.

New information, and video footage, were made public on 5 May, with Andriushchenko  then stating that the ‘filtration camps’ in the village of Bezimenne had been turned into “a real ghetto for people from Mariupol”.   He spoke of the new evidence indicating a new page in the war crimes Russia is committing here and now.

It was almost a month, he said, since the Russian invaders had forcibly taken all males from the districts of Huhlino, Myrny and Volonterivka, with around two thousand men taken to ‘filtration camps’ in the villages of Bezimenne and Kozatske.  Both of these are in the Novoazovsk raion which is currently on the territory of the Russian proxy ‘Donetsk people’s republic’ [DPR].

The men were not allowed to take any personal possessions with them, and all passports and other documents were taken from them.

The videos that the Mariupol authorities have published are from a school in Bezimenne which has been turned into this ‘filtration camp’.  According to their, clearly insider, information, the men have been held by force in these premises for a month, and not allowed to leave without a Russian military convoy.  No medical care is provided, with both the living conditions and the food provided appalling.  There is only one sink with cold water for a thousand men, which is a clear danger to health.  Men are forced to sleep on the floor in the corridors.  A first case of tuberculosis was identified, with this leading to the sports hall being totally closed as an isolation area.  Those stuck within it, and this is, seemingly, a very large number of men, are held in a contagious area without any attempt to provide health care.

Andriushchenko  reports that there has already been one death at the other such ‘camp’ at Kozatske which he says was because the Russians refused to call an ambulance.

The men’s presence appears to be checked in the morning and evening, with the Russians threatening to intensify torture and execute people if somebody is missing.

The men are not given their documents back and the paper they receive saying that they have been through ‘filtration’ does not allow them to leave the camps.  Those who have tried to do so are seized and beaten.  Andriushchenko  says that the last, unsuccessful, attempt had been to reach UN and Red Cross evacuation buses which they could see from their windows.

The authorities have learned that all of the men in both camps, even those who are disabled or ill, are forced to work in Bezimenne and the city of Novoazovsk under a Russian guard.  The Russians openly say that they have not decided what to do with the men, whether to use them as forced labour to clear the rubble after the destruction that Russia has caused or whether to forcibly ‘mobilize’ them into the Russian invaders’ army.

With all the men having been taken from Huhlino, Myrny and Volonterivka, the Russians who have occupied the area openly plunder homes, even when people are living in them. Women try not to go out onto the street, out of fear of being raped.

Andriushchenko  warns that Russia is, in this way, turning Mariupol into a real ghetto while “the world is again silent”. 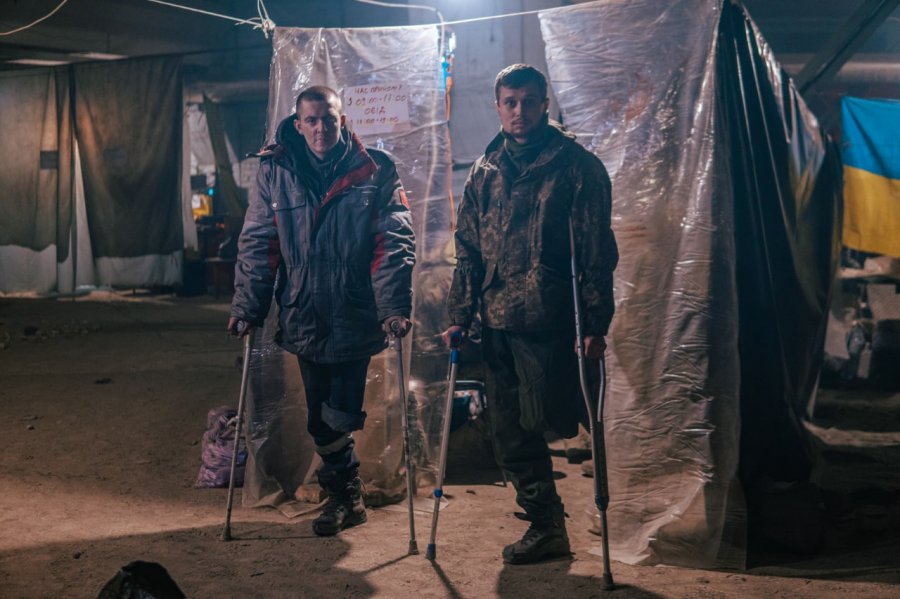 Wounded Ukrainian defenders of Mariupol, now under savage attack at Azovstal, with my medical supplies and minimal food Photo posted by the Azoov Regiment

The world is also watching on as the Ukrainian fighters who have defended Mariupol and prevented Russia from making further advances into Ukrainian territory are left to die, while Russia wages a savage attack on Azovstal.  Please contact your elected representatives and ask them, as a matter of urgency, to seek the release of all military people and civilians still besieged and under attack in Azovstal through the process of extraction.  Explanation of this process can be found in the petition here

The videos of the ‘filtration camps’ can be found here https://t.me/andriyshTime/662  or here https://www.youtube.com/watch?v=0hagOwIip60