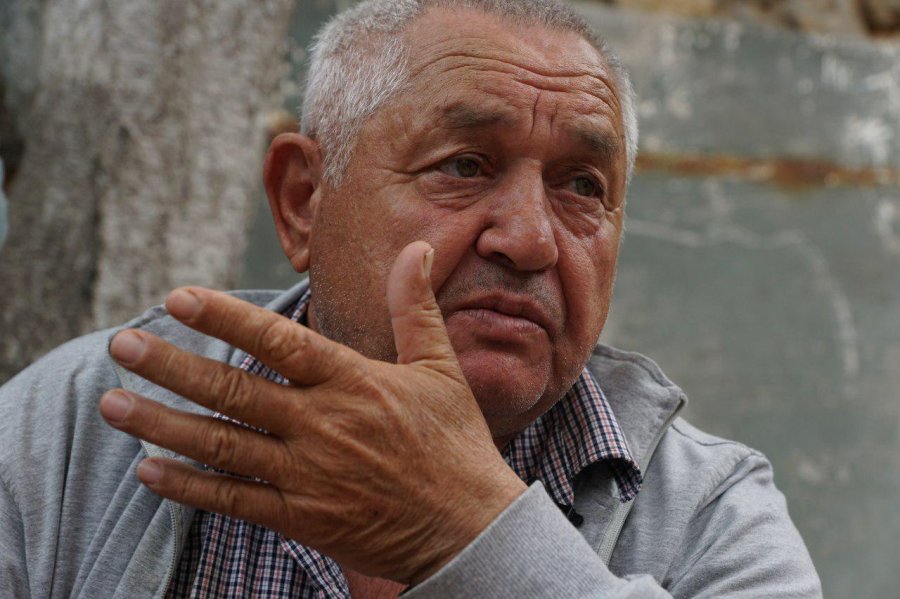 A court in Russian-occupied Crimea has terminated a grotesque criminal prosecution first brought almost three years ago against 71-year-old Ilver Ametov, veteran of the Crimean Tatar national movement and the Head of the Sudak Regional Mejlis (a regional Crimean Tatar self-governing body).  This should have been, but was not, an acquittal, with the ‘judge’ instead saying that the termination was because Ametov had voluntarily handed over the historical artefact that the occupation regime used to lay absurd ‘firearms’ charges.

Ametov has faced at least three armed searches since Russia invaded and annexed Crimea.  The search on 27 September 2019 was officially only an ‘inspection of the premises’, on the basis of any order signed by the police head for occupied Crimea, Pavel Karanda, on the basis of a report by Nikolai Balashov from the so-called ‘Centre for countering extremism’.  This alleged ‘inspection’ was supposed to be over ‘suspicion of incitement to enmity; public calls to extremist activity; and also holding goods and produce not meeting safety requirements.”

The diverse choice of alleged suspicions makes it clear that the occupation authorities were looking for any pretext to bring charges against the regional mejlis leader.  Ametov is also a successful businessman and has a home museum collection of historical artefacts, including some very old weapons which were held in a display case.  In the absence of any other excuse for changes, these artefacts were used to accuse Ametov of ‘illegal purchase or possession of a weapon, or its component parts, under Article 222 § 1 of Russia’s criminal code).

The weapons or parts of them were, reportedly, from a ‘Nagan’ revolver; a Schmeisser automatic rifle, and two rifles.  Ametov says that he had all required permits, and an expert assessment found that the weapons were made at the end of the 19th century or beginning of the 20th.

Ametov’s lawyer, Aleksei Rostovtsev, pointed first to the sheer lack of any substance to the charges.  The items in question had been safety locked away in a display case, and were merely exhibits for the home museum which were often shown to schoolchildren, Sudak residents and tourists as a corner devoted to World War II.  There were, however, also numerous procedural infringements and some serious irregularities.  In December 2020, the court ordered a new ballistic expert assessment after technical details were presented which appeared to show that the prosecution had obtained the figures needed to allow their criminal charges by removing from the weapon’s trunk a cylinder-shaped insertion which restricts the calibre of the weapon and the possibilities for ammunition.

The ‘case’ was, in short, evidently flawed, yet the prosecutor, back in August 2021, demanded a sentence of 10 months restricted liberty, with ‘judge’ Yelena Bosi from the occupation Sudak Municipal Court obliging on 5 August, by finding Ametov ‘guilty’ and imposing an 8-month sentence.

This, however, was overturned by the ‘High Court’ at appeal level, with a new ‘trial’ ordered.  This began on 25 April and has resulted in the charges being terminated due to Ametov having handed the relevant artefacts over to the enforcement bodies.

Ametov is quite clear that the prosecution was linked with his civic activities and politically motivated, and it would, indeed, be difficult not to disagree.

As reported, the supposed ‘inspection’ on 27 September 2019, reportedly involved several dozen armed men  blocking Ametov’s home and the café he owns, while a search was carried out.  The officers removed “for assessment” a membership document of the Crimean Tatar Mejlis; museum exhibits and various documents.  The political nature of the measure was scarcely concealed, with the ‘pre-investigation check’ on suspicion of the highly dubious ‘extremism’ norms of Russia’s criminal code (Articles 280 and 282), as well as Article 238 (production, storage, etc. of goods not meeting safety requirements).

Officers turned up again at Ametov’s home on 11 March, 2021 and tried to hand him a summons to appear before the ‘centre for countering extremism’.  They were unsuccessful since Ametov refused to sign their document, but their questions were about the activities of the Regional Mejlis.  They ‘reminded’ Ametov of Russia’s ban and, ominously, asked if Ametov finances Mejlis activities.

As Ilver Ametov explained later to Crimean Solidarity, “I was elected by the people [as head of the Regional Mejlis], and I am not renouncing this. If the people get tired of me, then let them say, and I will give up.”

It was on 19 April 2017, that the UN’s International Court of Justice ordered Russia to withdraw this ban.  Russia has not just flouted it, but has concocted at least two criminal prosecutions, with the most truly shocking of these directly killing the world-renowned 83-year-old veteran of the Crimean Tatar national movement, Vedzhie Kashka (see  Russia protects officers who killed 83-year-old Crimean Tatar veteran activist Vedzhie Kashka )