Russian invaders torture abducted Kherson patriot into ‘confessing’ to surreal ‘abduction plot’ Tortured to death by Russia"s FSB for helping to defend Ukraine from the invadersTeachers in occupied Kherson refuse to collaborate with Russian occupiers Russia uses terror and abduction in attempt to force schools to collaborate in occupied Melitopol Mayor of Melitopol Ivan Fedorov abducted after refusing to collaborate with the Russian invaders Russian priest arrested and prosecuted for sermon opposing Russia’s war against Ukraine Russia effectively admits it deliberately bombed the maternity hospital in Mariupol that killed three patients, including a childRussia brings grotesque propaganda to Berdiansk after Ukrainian journalists refuse to collaborate Russian invaders murder Ukrainian volunteers Impassioned appeal from Ukrainian Muslim leader in face of Russia’s war to destroy Ukraine Russia is forcing Ukrainians from occupied Crimea and Donbas to fight in its invasion of Ukraine Children among the dead after Russian invaders opened fire on fleeing civilians Russia installs its propaganda TV after seizing Kherson and imposes 15-year sentences for reporting its invasion of UkraineUkrainian survivors of the Holocaust demand Putin and Russia get out of Ukraine Russia continues its carnage, flouting binding order from ECHR to stop bombing civilians in UkraineBabyn Yar bombed by Russia, 80 years after Nazi Massacre of Ukrainian Jews Russia proposes 15-year sentences and threatens "treason charges" for telling the truth about its war crimes in UkraineRussian schoolchildren told that Russia is bombing and killing Ukrainian children in ‘self-defence’ Putin miscalculated. Russia is fighting “an army of 40 million Ukrainians” Chief Rabbi of Ukraine demolishes Putin’s excuse for Russia’s invasion
• Topics / War crimes

Mayor of Kherson abducted after refusing to collaborate with Russian invaders 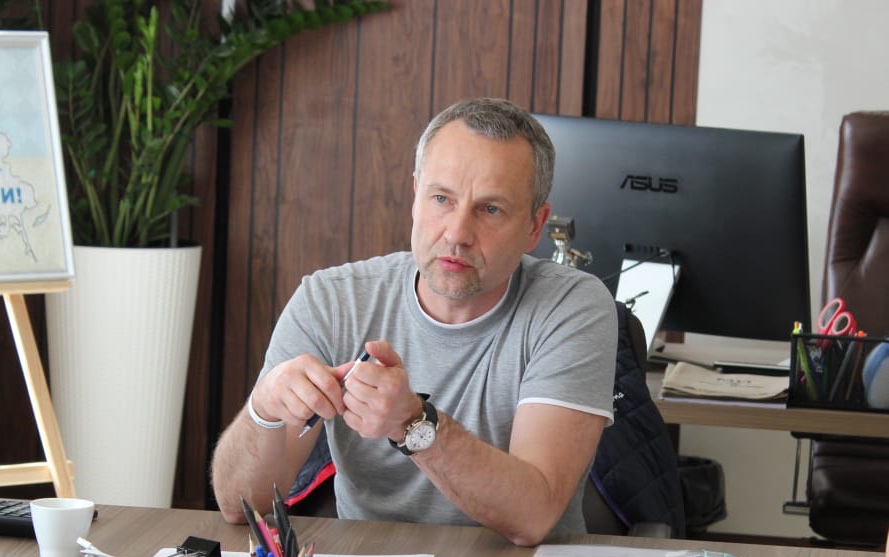 The whereabouts are unknown of Ihor Kolykhaev, elected Mayor of Kherson, who was abducted by Russian soldiers on 28 June.  Kolykhaev had refused to meet with the collaborator whom the Russians have tried to install in his place, and had been threatened with ‘arrest’ for his refusal to collaborate.  The invading forces have been seizing and torturing elected representatives, journalists, civic activists and former Ukrainian defenders or their families since they occupied Kherson and parts of the oblast, and are known to be applying savage forms of torture.

News of Kolykhaev’s abduction was reported by his Aide, Halyna Liashevska, and there remains very little information.  Liashevska said that the Mayor had been seized on Tuesday morning when he arrived at a municipal building where the remaining members of the Kherson Executive Committee were working.  He was taken prisoner by armed Rosgvardia soldiers as well, probably, as Russian FSB officers, as soon as he got out of his car.

The elected Mayor of Kherson was held in a separate room in handcuffs under armed guard, while the invaders removed hard discs from computers, sealed all safes and rummaged through documents.  He was then taken away by his abductors.

Liashevska is surely right that Kolykhaev has been abducted because of his refusal to collaborate with the occupation regime.  She explains that he had, a few days ago, received a letter from the individual the invaders have tried to claim is the ‘mayor’ (Oleksandr Kobets).  The latter proposed that they meet to discuss the future ‘organization of interaction’ and threatened him with ‘arrest’ if he refused.

Liashevska says that she fears for Ihor Kolykhaev’s life and that they are all under attack and in danger.

Kherson oblast borders Russian-occupied Crimea and it came under sustained attack at the beginning of Russia’s full-scale invasion on 24 February.  The city was overrun by the Russian invaders on 2 March, although civic protests continued for a long time, essentially until the invaders began violently dispersing the Kherson residents that Russia was claiming to have ‘liberated’.

In late April, the Russians installed collaborators in place of the elected regional and city leaders, calling Volodymyr Saldo ‘governor’ of their ‘military-civil administration’) and Oleksandr Kobets ‘mayor’.  Teachers, who are refusing to collaborate with the invaders, noted back in May that Saldo had appeared at ‘a meeting’ with them wearing a bullet-proof vest.  Given that one other collaborator, Dmytro Savluchenko, has already been killed by a car bomb (on 24 June), and at least one other has been injured, Saldo may well be realistic about his chances of surviving until Kherson oblast is liberated, when he faces criminal prosecution.

There are very strong grounds for concern, both about Kolykhaev’s safety and that of other Ukrainians from the Kharkiv oblast who have been abducted, and who are believed to be imprisoned either still in the oblast, or on occupied territory.  At least two Ukrainians, Denis Myronov and Vitaliy Lapchuk were savagely tortured to death, and the accounts of other men abducted, including 60-year-old Viktor Maruniak, make it clear that the invaders are using all of the FSB’s methods, including beatings and electric shocks, against those abducted.  The torture in some cases is clearly also aimed at forcing Ukrainians, like Andriy Horshkov, to make insane ‘confessions’ on video.

Russia is also intensifying its persecution of Crimean Tatars and extending this to areas it has seized since its February invasion.  Several men are now imprisoned in occupied Crimea, accused of involvement, while in Ukraine, in a peaceful organization which is legal in Ukraine.  Having abducted the men and illegally imprisoned them in Crimea, Russia is now threatening them with huge prison sentences (details here).