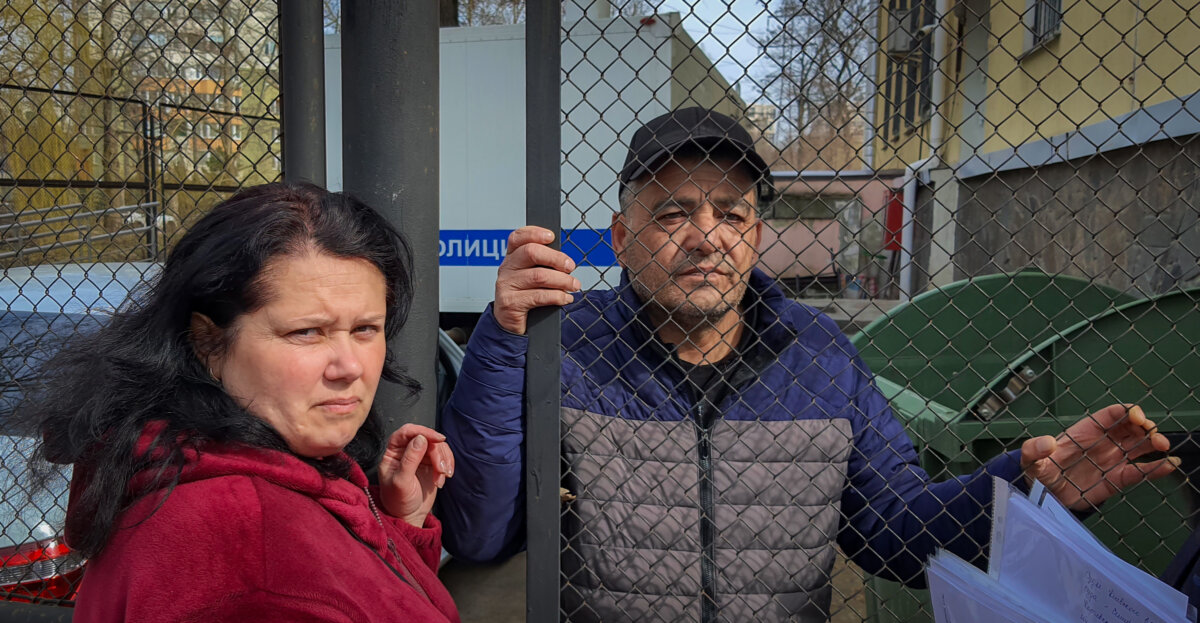 A Russian occupation ‘court’ in Simferopol has sentenced Rustem Gugurik to eight and a half years’ imprisonment on absurd chances linked with the 50-year-old Crimean Tatar’s alleged involvement in a legal organization in mainland Ukraine.  Russia’s treatment of Gugurik, a taxi driver from Novooleksiivka in Kherson oblast, is especially lawless as he was seized back on 27 March as he and his family tried to enter occupied Crimea to visit family.  Russia had once banned Gugurik and his brother from visiting occupied Crimea, but had supposedly withdrawn the ban, only to imprison him when he tried to enter.

The 8.5-year sentence is of harsh-regime imprisonment, with the first year in a prison, the very worst of Russian penitentiary institutions. It was passed by ‘judge’ Olga Kuznetsova from the occupation Kievsky District Court in Simferopol.  There had been a mere five ‘hearings’ and no notification was provided of the time and date for the last of these on 25 October, where the verdict and sentence were announced.  Gugurik denies the charges and is planning to appeal against the sentence.

Gugurik became one of the first victims of a new wave of Russian political persecution in which Crimean Tatars and other Ukrainians living in mainland Ukraine are effectively abducted and then subjected to kangaroo court ‘trials’ in occupied Crimea.

As reported, Rustem Gugurik was detained on 27 March, together with his wife Viktoria and their 6-year-old daughter, at the Chonhar checkpoint between mainland Ukraine and occupied Crimea.  The family were trying to enter Crimea, but the Russian FSB ‘border-guards’ seized Gugurik and held his wife and daughter for around 56 hours, without any food, only water.

It appears that the FSB initially intended to simply ban Gugurik from entering occupied Crimea, but then decided to bring surreal charges against him instead.  He was taken to occupied Simferopol, where, on 31 March, the same occupation Kievsky district ‘court’ remanded him in custody for two months.  Gugurik was able to briefly speak with his wife and told her that he had been blindfolded and forced to the floor of the mini-van that took him to Simferopol.  He had believed that they were going to kill him.

Since then, the Russian invading forces and FSB have stepped up abductions of Crimean Tatars with the same charges as those against Gugurik repeated many times.

Gugurik was accused of involvement, while in mainland Ukraine, in the Noman Çelebicihan Battalion, an entirely legal formation which, despite its name, is unarmed and not engaged in fighting. The aggressor state is claiming that Gugurik was guilty of “taking part in the activities of an unlawful armed formation acting on the territory of a foreign country for purposes which are against the interests of the Russian Federation”, under Article 208 § 2 of Russia’s criminal code.

Ukraine has not formally recognized the Noman Çelebicihan Battalion, but this in no way makes it an unlawful formation, and the claim that it is armed is false.  The Battalion was founded by Crimean Tatar activist and businessman Lenur Islyamov on 1 January 2016, with the first members people who had taken part in the essentially peaceful civic blockade of occupied Crimea from 20 September 2015. The blockade began with human rights demands, including the release of all political prisoners and reinstatement of the other human rights that Russia had been systematically crushing since its invasion and annexation of Crimea.  Although the ultimate aim of all participants in the blockade and in the Battalion was undoubtedly an end to Russia’s illegal occupation of Crimea, their actions, unlike Russia’s, were peaceful.  Moscow had clearly hoped that, despite its land-grab, it could continue receiving energy and goods from mainland Ukraine and reacted with hysteria and repression.

Although the Battalion has long ceased to be active, Russia has turned charges over alleged involvement into one of its conveyor belt methods of political persecution. On 1 June this year, the Russian Supreme Court labelled the already non-existent Battalion a ‘terrorist organization’. On 21 July, Russia’s FSB [security service] added the Battalion to its notorious list of so-called ‘terrorist and extremist organizations.’ These moves were almost certainly aimed at justifying Russia’s abductions of people living in Kherson oblast and show trials in occupied Crimea.  They are particularly dangerous as they enable the FSB to generate multiple prosecutions without any evidence of an actual crime.  Nor is any real proof of involvement in the Battalion required as the FSB uses anonymous ‘witnesses’ whose supposed testimony cannot be verified.  It is, unfortunately, likely that the fictitious ‘terrorist’ nature of a defunct organization will soon lead to a sharp increase in the sentences passed.  At present, the sentences vary in length but are roughly the same as when Russia first began fabricating such cases in 2018.

50-year-old Rustem Gugurik denies any involvement in the Battalion, but did take part in the Crimean civic blockade.  He stated back in 2016 that he was sure that his involvement in the blockade was the reason why he and his brother, Bekir, were banned from entering occupied Crimea from 2016 to 1 January 2021.  Since Gugurik and his wife believed that they could safely visit occupied Crimea, this ban had clearly been lifted.  Even had that not been the case, they should have simply been prevented from entering.  Russia’s seizure and ‘sentence’ against Gugurik and several other Crimean Tatars, including some taken by the Russian invaders from their homes in Kherson oblast, are brazen abductions, and ‘trials’ in name alone.