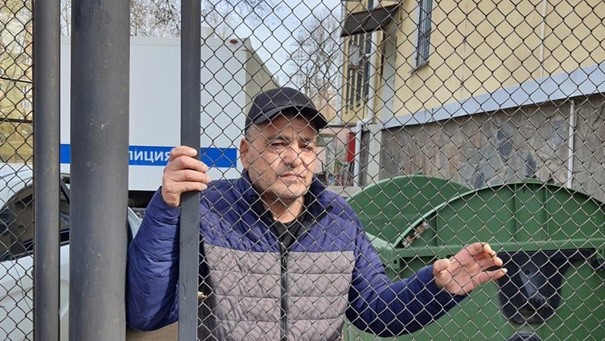 Russia’s FSB has arrested Rustem Gugurik, a taxi driver from Novooleksiivka (Kherson oblast), and accused him of involvement, while in mainland Ukraine, in an organization which is totally legal in Ukraine.  Unlike the Russian armed forces which are bombing Ukrainian cities and killing civilians, the organization in question, the Noman Çelebicihan (or Asker) Battalion is not actually armed, and is certainly not known to have killed anybody.

Gugurik was detained on 27 March, together with his wife, Viktoria and their 6-year-old daughter, at the Chonhar checkpoint between mainland Ukraine and occupied Crimea.  The family were trying to enter Crimea, but the Russian FSB ‘border-guards’ seized Gugurik and held his wife and daughter for around 56 hours, without any food, only water.

Gugurik was taken away by the FSB to occupied Simferopol, where, on 31 March, the Russian-controlled Kievsky District Court remanded him in custody for two months.  Viktoria has been able to speak to her husband who says that he was blindfolded and forced to the floor of the mini-van that took him to Simferopol, and thought that they were going to kill him.

Russia has already used the charges that Gugurik is now facing to imprison several other Crimean Tatars.  They were always deeply flawed and legally nihilistic, but seem of particular cynicism now, given Russia’s unprovoked aggression against Ukraine.  The FSB accuse Gugurik of “taking part in the activities of an unlawful armed formation,  acting on the territory of a foreign country for purposes which are against the interests of the Russian Federation”, under Article 208 § 2 of Russia’s criminal code.

All of this refers to the Russian FSB’s unwarranted claims about the Noman Çelebicihan Battalion.  The latter is not a battalion in any military sense of the word.  It was founded by Crimean Tatar activist and businessman Lenur Islyamov on 1 January 2016, with the first members people who had taken part in the essentially peaceful civic blockade of occupied Crimea from 20 September 2015.  It is unarmed, and the fact that it wants to achieve an end to Russia’s internationally condemned occupation of Crimea does not make the Battalion illegal.  Given Russia’s full-scale aggression against Ukraine and its current occupation of some of the Kherson oblast, it is unlikely that the Battalion is active at all at the moment.  It had always been a fairly small formation which backed the Ukrainian border guards in areas near the administrative border with occupied Crimea.  Islyamov has long indicated that this is a Crimean formation, not only Crimean Tatar.  Although the Battalion’s members would have been willing to serve in Ukraine’s Armed Services, no formal steps towards achieving this had ever been taken.

50-year-old Rustem Gugurik denies any involvement in the Battalion.  He did, however, take part in the Crimean Blockade which began, with human rights demands, in September 2015.  He stated back in 2016 that he was sure that his involvement in the blockade was the reason why he and his brother, Bekir, were banned from entering occupied Crimea from 2016 to 1 January 2021. 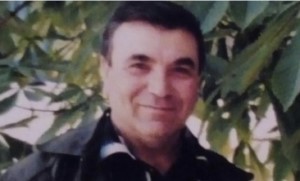 Gugurik is one of two Crimean Tatars, together with 62-year-old Nasrulla Seidaliev, seized by the FSB on these preposterous charges in March 2022.  The ‘trials’ in these cases are political, with neither ‘prosecutor’ nor ‘courts’ in the slightest concerned to seriously consider the charges and evidence, or lack of such.

Six Crimean Tatars are already imprisoned for such entirely unproven involvement in a legal and unarmed organization:  Edem Kadyrov; Fevzi Sahandzhy; Dilyaver Gafarov; Nariman Memedinov; Aidyn Mamutov and Medzhit Ablyamitov.  Despite identical charges in all the cases, the sentences have varied from 4 to 10.5 years.