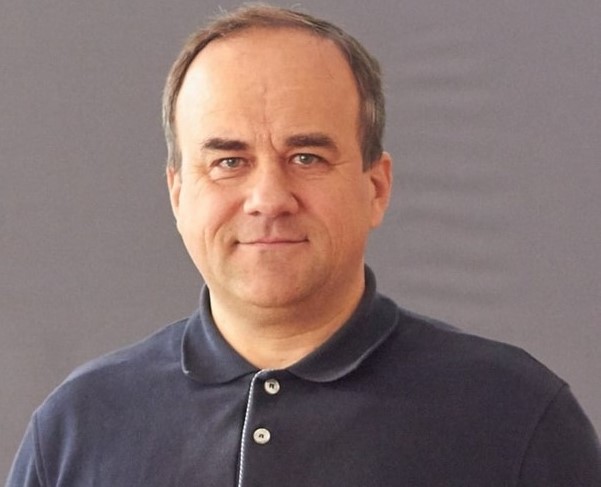 The whereabouts remain unknown of Volodymyr Vorovka, Professor of the Faculty of Environment and Natural Resources at the Melitopol Pedagogical University, after he was seized by Russians from his home in the village of Tambovka, near Melitopol (Zaporizhzhia oblast). This latest Russian abduction is of major concern as the 52-year-old internationally-known academic has health issues and needs to take medicine on a daily basis.

Although the local information agency RIA Melitopol reports that the Russian invaders have escalated terror in Melitopol and the surrounding area, and can seize people simply on the street, they clearly did target Vorovka.  According to witnesses, a minivan and three cars turned up outside his home at around 5.30 a.m. on 13 December.  He was alone in the house when men in military gear burst in.  At around 7 a.m., they came out, with Vorovka whom they forced into one of the cars.  There has been no information about him since with his relatives’ attempts to approach the occupation ‘authorities’ having received no response.

In just the last week alone, the Telegram channel ‘Abducted Melitopol residents’ has reported the seizure of three Ukrainians: Vorovka; Inna Borysenko and Yuriy Yasynsky.  These are only the abductions that they have received information about, and the real number may be higher.  The Telegram channel reports that, as of 1 December, they are aware of 218 people abducted, with only 140 released.  Their victims include Iryna Shcherbak, Head of the Department of Education within the City Council, who was abducted on 28 March after she refused to collaborate with the Russians and restart schools under a Russian syllabus. At least one Melitopol volunteer, Yaroslav Zhuk, is known to have been subjected to horrific torture and is now facing grotesque ‘international terrorism’ charges in occupied Crimea.

According to monitoring by the civic initiative Tribunal for Putin [T4P], the Zaporizhzhia oblast is one of the areas where there have been the largest number of abductions and disappearances of civilians.  Such enforced disappearances are war crimes under international law, and T4P has documented 352 disappearances to date, including those of seven children.

Both Melitopol Mayor Ivan Fedorov and local media have spoken of an escalation of Russian terror in the area.  RIA Melitopol notes that the Russians were obviously enraged by the crucial damage which the Ukrainian Armed Forces caused to a bridge outside Melitopol which the invaders need for military and other supplies.  As Fedorov has pointed out many times, the Russians are clearly aware that they should fear both the Ukrainian Armed Forces and the local resistance.  On 12 December, he reported that, thanks to successful work by both, over ten of the enemy’s military bases had been destroyed in the Zaporizhzhia oblast.