Terror by family against Crimean Tatars in Russian-occupied Crimea 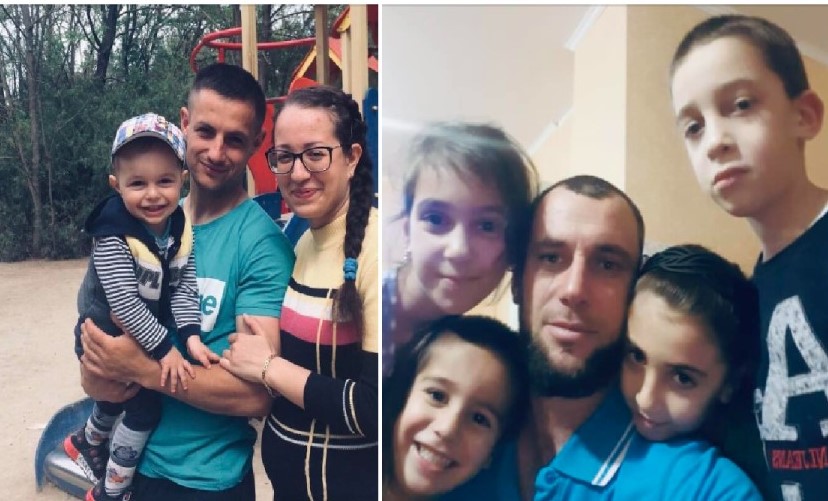 The Russian FSB have staged new armed searches and effective abductions in occupied Crimea, with the targets members of one Crimean Tatar family. No explanations were provided on 19 December, nor four days earlier when Russian enforcement officers turned up at the home of another Crimean Tatar.  Such tactics are almost certainly aimed at intimidating Crimean Tatars, but may unfortunately also be part of the FSB’s use of torture in fabricating prosecutions in Crimea.

The Crimean Solidarity human rights initiative reported on Monday morning that searches were taking place at the homes of three brothers in the village of Medvedivka (Rus. Turgenevo) in the Dzhankoy raion.  All three are married with young families.  It later became clear that Russian enforcement officers first turned up at the home of Amet Akhayev at around 6 a.m. on 19 December. Although they said that they were from the police, one had an FSB chevron on his uniform.  They were looking, they said, for his two elder brothers, Ernest and Marlen Akhayev, who are officially registered at that address, but said that they would carry out a search, even when he explained that his brothers live elsewhere.  This was more of an inspection, than a search, however they did remove electronic devices.

When they first arrived, they showed Amet a document in his brother, Ernest’s, name, with this saying that “he’s suspected of something, and that they need to search for drugs and weapons”.

They later thrust a document in front of him and demanded that he sign it. They hesitated for some time when he said he wanted to read it first but did finally ‘allow’ him to do so.  Amet says that this merely stated that they had removed the devices, and nothing else.

The men who appeared over the next hour at the homes, first of Ernest, then of Marlen Akhayev were clearly there to take the men away, not to carry out any real search ‘for weapons and drugs’.  Here too they immediately took away all mobile phones and laptops and demanded to know whom they phoned.

Marlen’s wife, Emine, says that the men behaved in rude fashion, and did not initially want to allow the family to read their morning prayers.  She was basically told to shut up, that “you’re not in a position to stick your neck out” when she informed then that Ernest was not living there.  This is despite the fact that no explanation was provided as to what ‘position’ the men were in, or why.

Both Ernest and Marlen were taken away, in Marlen’s case, “to the FSB for a chat”.  For 12 hours, lawyers and the men’s families tried in vain to find out where the men were being held, with the police, the FSB and Investigative Committee all denying any knowledge of the men’s whereabouts.  In fact, Amet had been able to geolocate his brothers’ telephones, with both of these at the FSB office in Dzhankoy.

The brothers were only released after 19.00.  Marlen Akhayev later told Graty that the men had been taken to the FSB building and held in different rooms, with the FSB carrying out so-called ‘prophylactic conversations’ with them. He says that they were not presented with any charges.  “They were interested in my attitude to events in Ukraine, my relations with residents of Dzhankoy and the Dzhankoy raion. They called this “a prophylactic conversation” …. “They intimidate Crimean Tatars like this”, he added.

There is every reason to believe that the FSB are trying to intimidate Crimean Tatars by these effective abductions, and by searches, like that on 15 December at the home of another Crimean Tatar from Medvedivka,  Mustafa Murakhas.  On that occasion, the (perfunctory) search was carried out by the Russian occupation police and for ‘prohibited items’ (weapons, drugs) on the basis of ‘information received’ that there could be such ‘items’.  None was found, and the ‘enforcement officers’ showed more interest in Murakhas’ telephone and the fact that he read Ukrainian news.

There were, unfortunately, also very strong grounds for fearing that the two brothers were being subjected to torture, and that this was the reason why lawyers were prevented from even learning where they were.

There is considerable evidence that the FSB have been using torture, threats of reprisals against family members or of imprisonment to obtain false testimony in political trials since, at least, the arrests of human rights defender Emir-Usein Kuku and five other Crimean Muslims.

Such behaviour became even more brazen in early September 2021, when Russia arrested Crimean Tatar Mejlis leader Nariman Dzhelyal and two cousins in revenge for the international Crimean Platform initiative and Dzhelyal’s part in it.

The ‘evidence’ against the three men was based solely on ‘testimony’ tortured out of Asan and Aziz Akhtemov, as well as several other men.  The methods included electric currents attached to sensitive parts of the body; mock executions; threats to rape and / or kill wives or other relatives.  The ostentatious nature of some of the armed ‘searches’ and abductions in early September and later in 2021 makes it likely that the FSB wanted other Crimean Tatars to know that these were the methods being used.

The FSB have largely miscalculated, with very many of those tortured into signing agreements to collaborate, later stating, either publicly, or in ‘court’, that their alleged ‘testimony’ was a lie and extracted through such illegal methods.