Belarusian rail partisan sentenced to 16 years for obstructing Russia’s invasion of Ukraine Belarusian rail partisans who helped save Kyiv from the Russian invaders threatened with death sentences Belarusians name Russian soldiers caught on camera sending goods plundered in Ukraine to Russia Russian invaders mine children’s playgrounds leaving trail of horrific war crimes Mass graves of the Ukrainian civilians Russia claims it is not killingTerror and abductions as Russia tries to break Ukrainian resistance in Kherson and other occupied citiesUkrainian journalist Oleh Baturin feared abducted by Russian invaders in Kherson oblast Mayor of Melitopol Ivan Fedorov abducted after refusing to collaborate with the Russian invaders Russian priest arrested and prosecuted for sermon opposing Russia’s war against Ukraine Russia effectively admits it deliberately bombed the maternity hospital in Mariupol that killed three patients, including a childRussia brings grotesque propaganda to Berdiansk after Ukrainian journalists refuse to collaborate Russian invaders murder Ukrainian volunteers Impassioned appeal from Ukrainian Muslim leader in face of Russia’s war to destroy Ukraine Russia is forcing Ukrainians from occupied Crimea and Donbas to fight in its invasion of Ukraine Children among the dead after Russian invaders opened fire on fleeing civilians Russia installs its propaganda TV after seizing Kherson and imposes 15-year sentences for reporting its invasion of UkraineUkrainian survivors of the Holocaust demand Putin and Russia get out of Ukraine Russia continues its carnage, flouting binding order from ECHR to stop bombing civilians in UkraineBabyn Yar bombed by Russia, 80 years after Nazi Massacre of Ukrainian Jews Russia proposes 15-year sentences and threatens "treason charges" for telling the truth about its war crimes in Ukraine
• Topics / War crimes
• Topics / News from the CIS countries 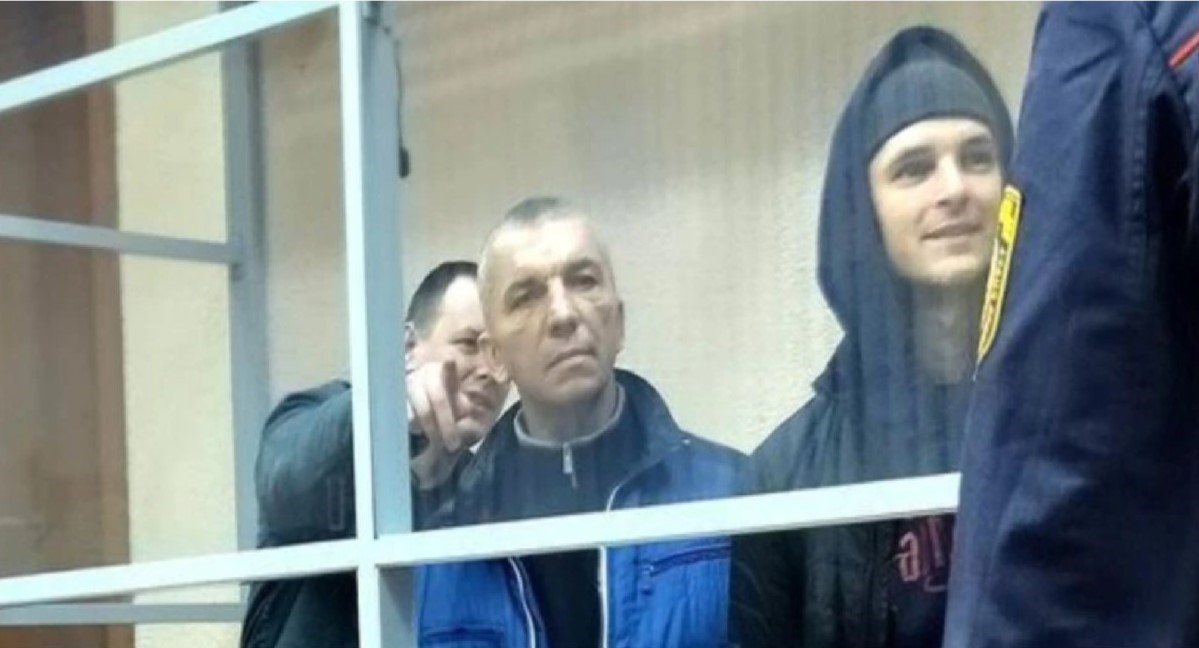 Three Belarusians known as the Svietlahorsk [or Svetlogorsk] Rail Partisans have received monstrous sentences of up to 23 years’ imprisonment for their courageous actions aimed at hindering Russia’s use of Belarus for its full-scale invasion of Ukraine. Although not the death sentences initially threatened, these are the worst sentences to date passed on Belarusian patriots who sought to help Ukraine and prevent their country being used for Russia’s war of aggression.

The three men: Dzianis Dzikun (b. 1992), his brother-in-law, Dzmitry Ravich (b. 1988) and his fiancée’s father Aleh Malchanav (b. 1970) have all been in custody since 4 March, and are recognized by the Viasna Human Rights Centre as political prisoners.  The two women arrested with them – Dzmitry’s wife, Natalia Ravich and Dzianis’ girlfriend, Alisa Malchanau were released a few days later.  Theirs was the first case to be passed to the court, although not the first to result in draconian sentences.

Russia’s full-scale invasion began on 24 February with the Belarusian dictator Aleksandr Lukashenka allowing Russia to use the Belarusian railways to transport men, military technology and arms to Ukraine.  Resistance began immediately, with attacks on railway signals boxes and other rail infrastructure in several different parts of the country.  This was vital in causing delays in Russia’s transportation of its war machine to Ukraine.

Any form of resistance in Belarus leads to violent repression, and this was no exception.   Radio Svoboda’s Belarusian Service reports that mass arrests began of railway workers, but that this did not stop the acts of sabotage. The first arrests of the ‘rail partisans’ (who followed in the tradition of the partisans in WWII resisting the Nazi invaders) came within weeks, with human rights groups reporting over ten such arrests by June 2022, including those of the ‘Svietlahorsk Partisans’.

Back in June, Dzmitry Dzikun said he feared that the ‘trial’ against his brother Dzianis, Dzmitry Ravich and Aleh Malchanau was intended as a show trial.  He noted that in the video produced in which his brother supposedly ‘repented’, you could see that he had been badly beaten. It is extremely likely that all three men were tortured.

In that video, shown on pro-regime Telegram channels, Dzikun was doubtless tortured into ‘confessing’ to having set fire to the signals box with two other men on instructions from ByPol.  The latter is a Poland-based group of former security service officers who resigned after the rigged 2020 presidential elections and savage crackdown on the mass protests that erupted after Aleksandr Lukashenka claimed that he had won. The Lukashenka regime has since imprisoned huge numbers of Belarusian citizens and claims that ByPol is an ‘extremist organization’.

The indictment asserts that Dzikun joined ByPol in February 2022 and received instructions on putting the railway infrastructure in the Homel oblast out of action.  He was alleged to have asked Ravich and Malchanau to join what was claimed to have been a ‘criminal gang’.

The three men were all charged immediately under Article 289 of the Belarusian criminal code with ‘an act of terrorism’.  According to Viasna, the men were accused of having set fire to a signals box at the Žerdź-Astankavičy station on 28 February with this putting the traffic lights and railroad switches out of action.  This was part of a railway track which leads to the Zhytomyr oblast in Ukraine, and the damage to the signals box probably helped to disrupt the movement of Russian trains heading to bring death and destruction to Ukraine.

The final indictment contained four charges – involvement in an ‘extremist formation’ (Article 381-1 § 3); an act of terrorism carried out as part of an organized group causing grave consequences and creating a threat to life (Article 289 § 3); deliberately damaging communication tracks causing grave consequences and also causing a danger of accidents and death (Article 308 §§ 2 and 4); and ‘State treason’ (Article 356 § 1).

The danger of death was, in fact, from the weapons and war machinery which Russia was sending to Ukraine.  The claim that the charge of ‘treason’ was justified because the actions were supposedly to help “a foreign organization to harm Belarus’ national security” is equally lacking in substance.  It is Lukashenka who, for the sake of remaining in power, with Moscow’s help, is complicit in a war of aggression which can only damage Belarus’s security and its future.

The three men are all imprisoned at SIZO [remand prison] No. 3 in Homel. The Belarus Investigative Committee announced on 29 June that their ‘investigation’ was complete and that the case was being passed to the Homel regional court.  It is not clear how many hearings there were before ‘judge’ Anatol Sotnikau on 27 December sentenced Dzianis Dzikun to 23 years’ harsh regime prison colony; Dzmitry Ravich to 22 years and Aleh Malchanau to 21 years.

In speaking with Radio Svoboda, Dzmitry Dzikun explained: “Three people were detained in Svietlahorsk.  As I understand it, people knew that all Russian technology was headed for the north of Ukraine via Belarus, and that the railway was being used for this. They wanted at least somehow to help Ukraine, to stop this technology, so that it didn’t continue.  11 people are charged over the ‘rail partisans’ case, and now they’re going to try the first three. To me these people are heroes. They didn’t just sit still like ‘couch warriors’. At least they tried to do something.”

The damage caused to these signals boxes paralyzed the movement of trains for several days at a time, with this almost certainly helping to stall the Russian invaders and thwart the planned taking of Kyiv.   Belarusian activists such as those from Belaruski Hajun, have helped to expose and identify Russian soldiers implicated in the plunder and looting of homes in occupied parts of Kyiv oblast, and, very likely, in other war crimes.  They have also played an important role in circulating information about Russian troop movements through Belarus.

Each of these courageous people knew what savage reprisals the Belarusian regime was capable of, yet refused to sit passively and do nothing.  Please help ensure that their cases receive wide publicity.