Mass graves of the Ukrainian civilians Russia claims it is not killingTerror and abductions as Russia tries to break Ukrainian resistance in Kherson and other occupied citiesUkrainian journalist Oleh Baturin feared abducted by Russian invaders in Kherson oblast Mayor of Melitopol Ivan Fedorov abducted after refusing to collaborate with the Russian invaders Russian priest arrested and prosecuted for sermon opposing Russia’s war against Ukraine Russia effectively admits it deliberately bombed the maternity hospital in Mariupol that killed three patients, including a childRussia brings grotesque propaganda to Berdiansk after Ukrainian journalists refuse to collaborate Russian invaders murder Ukrainian volunteers Impassioned appeal from Ukrainian Muslim leader in face of Russia’s war to destroy Ukraine Russia is forcing Ukrainians from occupied Crimea and Donbas to fight in its invasion of Ukraine Children among the dead after Russian invaders opened fire on fleeing civilians Russia installs its propaganda TV after seizing Kherson and imposes 15-year sentences for reporting its invasion of UkraineUkrainian survivors of the Holocaust demand Putin and Russia get out of Ukraine Russia continues its carnage, flouting binding order from ECHR to stop bombing civilians in UkraineBabyn Yar bombed by Russia, 80 years after Nazi Massacre of Ukrainian Jews Russia proposes 15-year sentences and threatens 'treason charges' for telling the truth about its war crimes in UkraineRussian schoolchildren told that Russia is bombing and killing Ukrainian children in ‘self-defence’ Putin miscalculated. Russia is fighting “an army of 40 million Ukrainians” Chief Rabbi of Ukraine demolishes Putin’s excuse for Russia’s invasion Russia bombs a Ukrainian kindergarten and apartments in its war against independent Ukraine
• Topics / War crimes 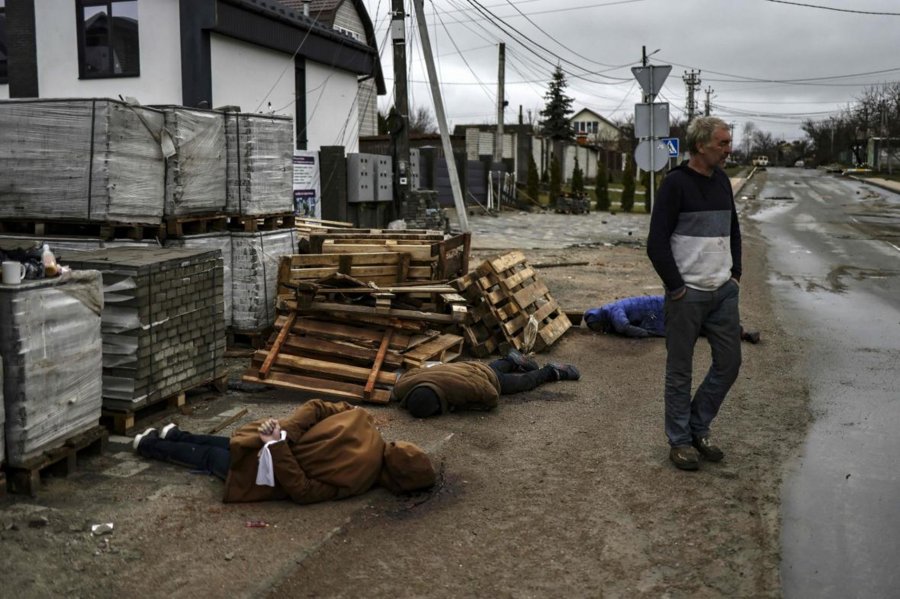 The bodies of victims, at least one with his hands bound, after the Russians retreated from Bucha in Kyiv oblast, Photo Ronaldo Schemidt, AFP

The number of bodies uncovered of Russia's victims in Bucha has reached 340, but is still rising.

In a recent interview, Vadym Boichenko, Mayor of Mariupol, said that Russia is blocking international organizations from entering Mariupol so as to not see what has become of the city.  The horrific discoveries in the Kyiv oblast towns after Russia’s retreat at the end of March make it frighteningly clear just how much Russia has to hide in areas it is occupying or besieging.

The Russians mined even children’s playgrounds, and the first task for the Ukrainian Armed Forces was to make the towns safe.  The Ukrainian channels who are now broadcasting together do, however, repeat warnings to parents to protect their children from these treacherous reminders of the Russian invaders.

The Ukraine 5 a.m. Coalition is determined to ensure that the images of mass graves, of clear signs of extrajudicial executions, etc. receive proper investigation so that the aggressor state and individual perpetrators are held to account, both in national and international courts.

In their statement, they point out that from the very beginning of Russia’s 24 February invasion, Russian military were bursting into the homes of local residents of Hostomel; Bucha; Irpin; and other Kyiv oblast towns.  They robbed the residents; abducted civilians; raped women and carried out interrogations.  In some cases, they only staged mock executions, however in others they publicly executed people.  These were extrajudicial killings, with civilians murdered purely for refusing to comply with their demands, for example, to vacate the building, to give them food or to dig trenches.  Some of the bodies were of men, whose hands were bound, and who were then shot.

Video footage can also be seen of streets, especially in Bucha, where a single body of a man can be seen lying in front of each home, in what bears all the hallmarks of a purge or systematic execution, as Russia has practised in Chechnya.

While the Russians may have particularly looked for former members of Ukraine’s Armed Forces, they were clearly targeting men and would have been entirely aware that they were killing civilians.

Those who place the blame for Russia’s invasion solely on Russian leader Vladimir Putin and his closest associates would do well to broaden their scope since all of these egregious war crimes were committed by specific Russians.  Over recent weeks there have also been reports of individual Russians sending what they had looted home to Russia.  Oleksandra Matviychuk, Director of the Centre for Civil Liberties, posted a photo of Russians in Belarus, engaged in sending their plunder further.  Each specific piece of evidence must be investigated, but there is certainly no shortage of witnesses, who can confirm that they were forced into basements, while the Russians looted their homes.

Ukraine 5 a.m. report that the whereabouts remain unknown of several hundred people from the Vyshhorod raion, who were held hostage in Dymer.

It was also next to impossible to leave the areas under Russian occupation with agreements on safe corridors constantly violated.  As western media reported, the road through these places is strewn with the bodies of those who were killed in shelling and their cars.  It is clear in many places that the Russians tried to burn the bodies.  These included the naked bodies of four or five women under a blanket who were found around 20 kilometres out of Kyiv.  Ukraine’s Ombudsperson Lyudmyla Denisova reported on 3 April that the Russians had piled the women’s bodies in a heap on some car tires and tried to burn them.

It was known back on 10 March that the Bucha authorities had been forced to bury 67 bodies in a mass grave because of the relentless shelling and gunfire from the Russians. According to the city’s Mayor Anatoly Fedoruk, around 280 victims have been buried in mass graves in all.  There appears to be at least one mass grave at Motyzhnyn, where the Russians simply hurled the bodies of their victims. According to Denisova, the bodies of six residents of Motyzhyn, two women and four men, had been found flung into a pit near the road.  They had been shot in the back of the neck, and some had their hands tied behind their backs.

It is possible that these included Olha Sukhenko, Head of Motyzhyn, her husband and son, Oleksandr, a well-known footballer, who were abducted on 23 March.

Ukraine 5 a.m. write that the Russian military often sought to conceal their crimes by targeting journalists.  Of six journalists and cameramen killed since 24 February, four were killed in the Kyiv oblast.

“Even war has its rules”,  the human rights defenders write, with Russia’s killing of civilians a flagrant violation of these.  The photos and video footage, as well as the testimony of witnesses, point to serious war crimes and crimes against humanity, and may also indicate the crime of genocide against the Ukrainian people.

All such cases require scrupulous and systematic investigation, and they turn to Ukraine’s authorities with specific recommendations on achieving this.

They also urge President Volodymyr Zelensky to finally sign into law a crucial bill on bringing Ukrainian legislation in line with international law to ensure accountability for war crimes, crimes against humanity, etc.  Under the present situation, any further detail is simply incomprehensible.

It would surely also be appropriate for the International Criminal Court whose Prosecutor has already been in Ukraine to send a team to investigate the new evidence.

All such investigations are vital, but clearly not enough, especially since it is clear that Russia may have given up on taking Kyiv for now, but it is not abandoning its attack on Ukraine.  The trail of crimes left by the Russian invaders demonstrate that more is needed from Ukraine’s international partners to ensure that Russia is defeated and soon. 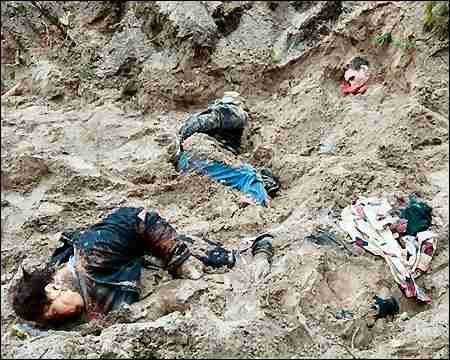 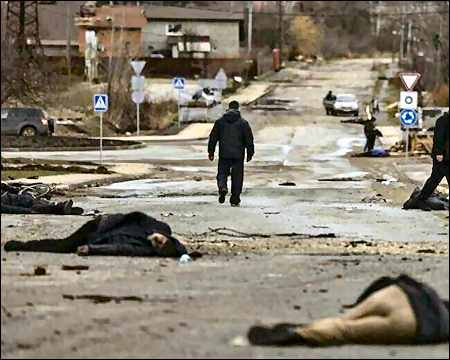 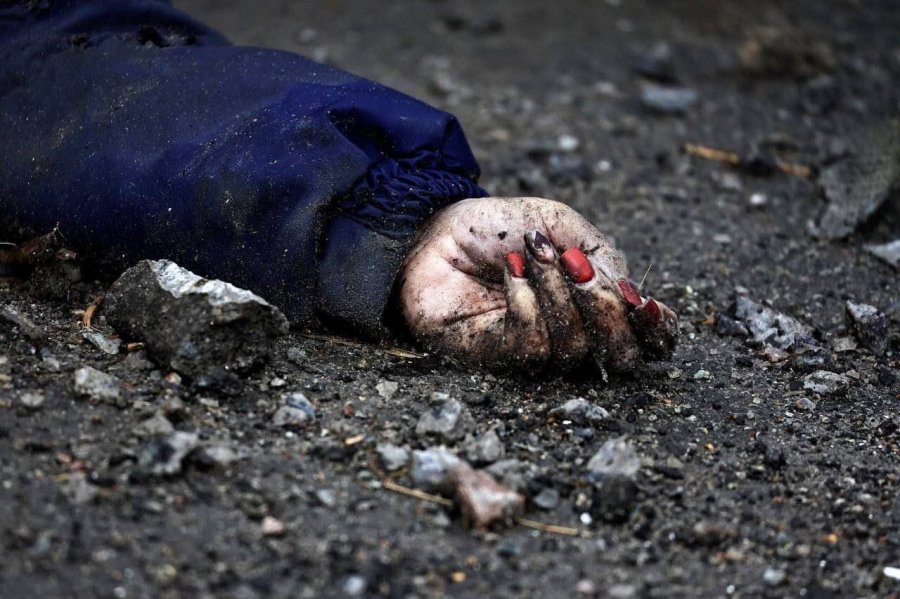 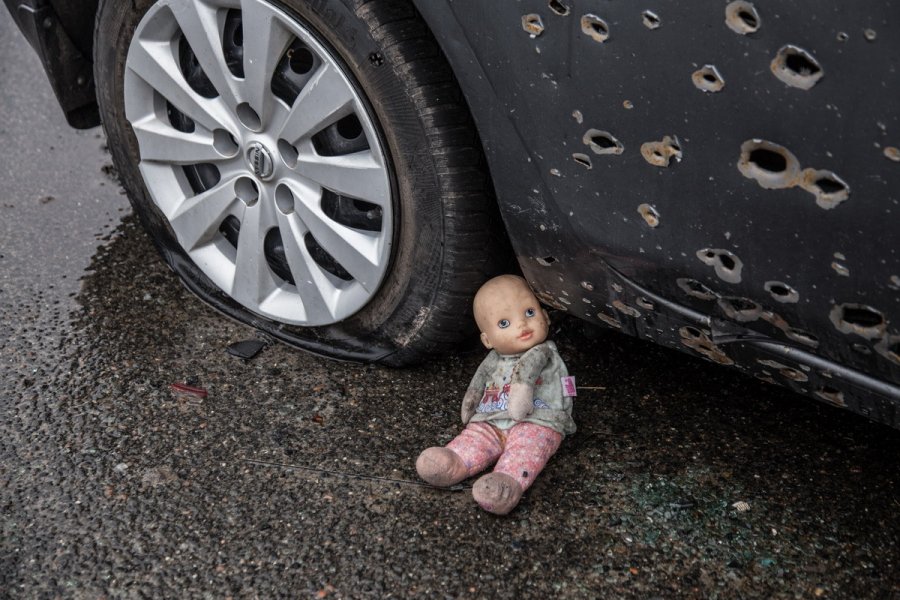