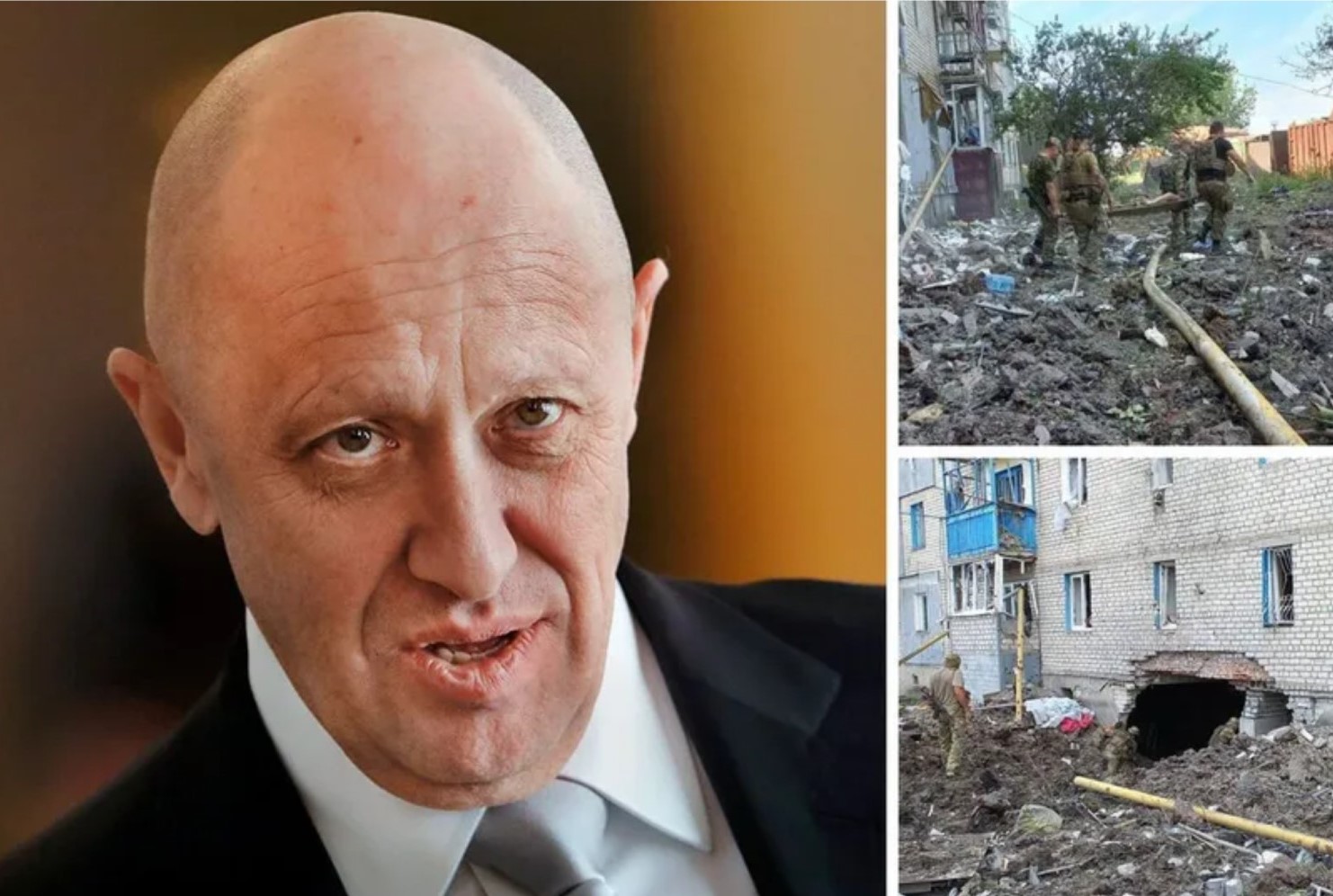 Yevgeny Prigozhin, founder of Russia’s notorious Wagner ‘private military company’, has made public a video which claims to show the first group of convicted criminals who have returned to Russian and been ‘pardoned’ after being sent to kill in Ukraine.  Russian leader Vladimir Putin’s press secretary has asserted that pardoning in Russia takes place only by presidential decree and “in strict accordance with the law”.  Dmitry Peskov did not, however, either refute or confirm the substance of the claim regarding the men’s alleged ‘pardons’.  There have been many secret ‘decrees’ since Russia began its active aggression against Ukraine in 2014.

It was the state-run RIA Novosti that, on 5 January 2023, first published the video in which Prigozhin can be seen congratulating this first group of twenty convicted prisoners who had served a half-year ‘contract’ fighting in Ukraine.  Perhaps deliberately, Prigozhin can be seen clearly, however the men’s faces are rather blurred.  The headline calls these paid killers “ex-prisoners’, although many were serving huge sentences, often for murder or other violent crimes, and there is nothing to suggest that any court was asked to sanction their release.   Prigozhin can be heard praising the men, claiming that they served out their contract “with honour” and that one man who had already been imprisoned for thirty years, had “died heroically”.  Such ‘heroism’ supposedly consisted of killing four Ukrainians at the same time.

Moscow has noticeably changed its narrative since its full-scale invasion.  Back in 2014, it invariably claimed that any Russians caught fighting in Ukraine were “volunteers”, who received no pay for their killing.  This was known to be untrue then, with some of the most notorious mercenaries, like neo-Nazi Aleksei Milchakov, admitting that they were paid.  Now, state media only pretend that convicted criminals “received pay, but less than the other volunteers”.

All of this ignores the fact that Russia has not revoked its own legislation that makes fighting as a mercenary a criminal offence.  Since Russia’s invasion of Crimea almost nine years ago, the only people who have been accused of being ‘mercenaries’, often without any evidence, are those who supported Ukraine.

In fact, Prigozhin has already posted at least one video of himself with former prisoners who had, he claimed, been pardoned.  Back in October 2022, however, the video,  seemingly from FAN, an ‘information agency’ associated with Prigozhin, was mainly circulated on Telegram and other social media, and concerned only convicted prisoners who had lost limbs fighting in Ukraine.  The point of the new video is doubtless to ‘sell’ agreeing to fight in Ukraine as a way for convicted prisoners to both earn lots of money and get their sentences ‘forgotten’. And it has been shown, with these men who agreed to fight as mercenaries referred to as “former prisoners” by a state-controlled news agency.

Olga Romanova, co-founder of the human rights group Russia Behind Bars, has long expressed scepticism about claims that the men have received ‘pardons’ or had sentences forgotten.  In October, she stated that she was in no doubt that the men were now free, but insisted that there remained no legal framework and that the pieces of paper that the men had received were not real pardons.

While the legal situation and, therefore, her position remain essentially unchanged, Romanova’s tone is a little different now.  In an interview to Current Time, she briefly outlined the legal framework for parliamentary amnesties or presidential pardons. There is a long procedure for any pardons, with this involving, among other things, finding out the opinion of the convicted prisoner’s victims, and publication of the decree on a pardon.  None of the steps have been followed, and if there were presidential decrees, they were issued secretly.

Romanova’s interpretation of Prigozhin’s actions and the likely calculation behind his behaviour should be taken as a serious warning.  She notes that Russians are also extremely unhappy with the courts, with the prosecutor’s office and penitentiary service.  They are quite happy, she says, to follow Prigozhin’s lead in sneering at the law.  The video is also aimed at Prigozhin’s potential electorate, with him demonstrating that he is powerful, if not all-powerful.  Considering that Prigozhin appears to have political ambitions, it is clear, she believes, that he is gathering an electorate, and doing so very effectively.

Prigozhin is himself a former convicted prisoner who served long sentences for violent crimes before his career trajectory changed because of his links with Vladimir Putin.  He is now a millionaire, who has repaid the Kremlin for such lavish wealth through his financing of both the notorious ‘Internet troll factory’ in St. Petersburg and the Wagner Unit.  The latter worked closely with the Russian defence ministry from 2014. Its head, Dmitry Utkin was received by Putin at the Kremlin and at least one Wagner unit paid killer is known to have received a ‘state honour’ signed by Putin.  If Prigozhin, who is under both EU and US sanctions, now appears to be setting himself up in opposition to that ministry, this is almost certainly due solely to his political or other power-related aspirations.  There is simply no possibility that he could have been travelling around Russian prison colonies, recruiting convicted killers and other prisoners, without the full support and go ahead from the FSB, penitentiary service and, ultimately, the Kremlin.

Russia releases convicted mass murderer to fight in Ukraine, then awards him ‘for bravery’