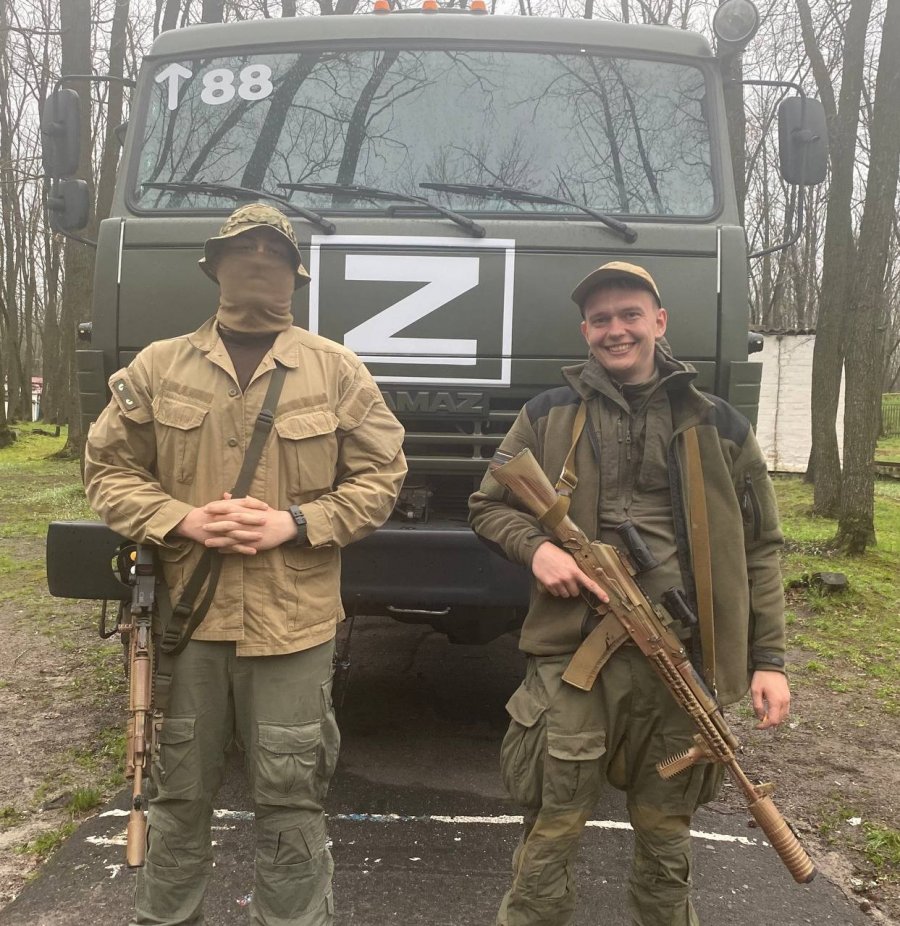 Russian leader Vladimir Putin claimed that Moscow’s full-scale invasion of Ukraine was aimed at the latter’s ‘denazification’ and is sticking to this, despite international bemusement, as well as condemnation from Ukraine’s Jewish community and international Holocaust organizations.  It has, in fact, long been clear that Moscow will call any Ukrainians determined to live in their own sovereign, independent and democratic country ‘fascists’, so it is hardly surprising that those Russian citizens sent to fight and kill Ukrainians often openly espouse the ideology Russia claims it is fighting in Ukraine. There is already evidence that three notorious Russian neo-Nazis are back fighting in Ukraine, and the number is more than likely to be higher.

It should be stressed that all of these individuals, and others, were active in Russia’s military aggression from 2014, and had never concealed their political views.

According to journalist Denis Kazansky, Rasskazov played an active role in the fighting in Donbas in 2014 as part of the illegal armed formation Rusich.  The latter was created by the notorious neo-Nazi sadist from St. Petersburg Alexei Milchakov, and his neo-Nazi friend Yan Petrovsky.  The latter two men are wanted in Ukraine for war crimes committed as part of the Rusich unit, fighting on the side of the Russian / Russian-controlled militants.  Both Milchakov, who is believed to be back fighting in Ukraine, and Petrovsky, were used after their return to Russia to train other Russian / pro-Russian fighters.

Rasskazov runs a blog called ‘Topaz speaks’ and in no way conceals his evident admiration for Adolf Hitler and neo-Nazi views.  On 20 April (Hitler’s birthday), Rasskazov (‘Topaz’) posted a photo of himself and another fighter, both armed and standing in front of a military truck with the Russian war symbol ‘Z’ and a slightly smaller arrow and 88 (the code neo-Nazis use for ‘heil hitler’).  The words are chilling:

“Today is the birthday of our comrade and friend who has been an example for many of us, despite his advanced age.  He taught us to love the fatherland and to never fear the enemy however strong the enemy may be.  He taught us to fight for our ancestral land which historically belongs to our people.  And although he has not been with us for a long time, his cause and words live in our hearts and inspire us to fight the ukro-bolshevik scum and to multiply the glory of Great Russia!”

Under the present regime in Russia, the FSB [security service] devotes enormous effort to scouring the Internet and persecuting people for ‘incorrect’ opinions.  There is no possibility that they are unaware of these sentiments, but they are clearly not viewed as a problem.  Why, indeed, should they be when Putin has, since 2014, demonstrating that he shares these views about ‘ancestral land’?

In May, Rasskazov proposed that Russia should castrate the Azov defenders whom the invaders had besieged at the Azovstal Factory in Mariupol.  He wrote, in true Nazi style, that in this way they would deprive “the insects of the possibility of producing filthy progeny”.

Anton Raevsky with an image of Hitler tattooed on his arm

Raevsky certainly never saw the need to conceal his neo-Nazi views in the past, and even had a large tattoo of Hitler on his left arm.  He took part in the fighting in Donbas, and was also active in Russia’s attempt to stir up the same kind of trouble in Odesa (as part of the Odesa Druzhyna, that instigated the tragic disturbances and fire of 2 May 2014).  Kazansky even recalls an interview he took of Raevsky in which the latter spoke of his positive attitude to Russians who collaborated with the Nazis in World War II and of the fact that he does not celebrate 9 May (Victory Day over the Nazis).

A lot of the Russians who took part in the fighting often later became very vocal and themselves expose the degree to which Russia directly manned, financed and armed the conflict in Donbas.  This was true of Raevsky in early 2016.  He then even claimed to regret having taken part in the war.

That presumably changed, and probably before 2021 where he was, at least initially, put forward as a candidate for the State Duma by the party of (the now late) Vladimir Zhirinovsky.

Raevsky returned to fight in Ukraine in April 2022, and was located in parts of the Zaporizhzhia oblast that Russia is clearly hoping to permanently seize.  His blustering address, for those with the stomach, can be heard (in Russian) here.

The official position once again is that Raevsky is ‘a volunteer’, although it is unclear why Russia is now maintaining this lie, since, whatever euphemistic terms it finds, it is openly waging war against Ukraine. 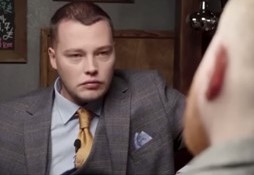 Russian sadist and neo-Nazi Alexei Milchakov stating ’Yes, I am a Nazi’

It is worth noting that Milchakov, who, boasts of being a Nazi, and who had earlier been prosecuted in St Petersburg for decapitating a puppy on video and calling on ‘comrades’ to kill down-and-outs, openly admitted that he, Petrovsky and the other fighters who went with him to fight and kill Ukrainians in June 2014 had been paid for their ‘services’.

The above are by no means all of the neo-Nazis and far-right fascists who took part in Russia’s war against Ukraine in 2014 and may well be fighting again now.  Worth noting also the revelations back in 2021 from one of the neo-Nazis who suffered persecution for refusing to go.