Russia continues its carnage, flouting binding order from ECHR to stop bombing civilians in UkraineBabyn Yar bombed by Russia, 80 years after Nazi Massacre of Ukrainian Jews Russia proposes 15-year sentences and threatens "treason charges" for telling the truth about its war crimes in UkraineRussian schoolchildren told that Russia is bombing and killing Ukrainian children in ‘self-defence’ Putin miscalculated. Russia is fighting “an army of 40 million Ukrainians” Chief Rabbi of Ukraine demolishes Putin’s excuse for Russia’s invasion Russia bombs a Ukrainian kindergarten and apartments in its war against independent Ukraine Putin will continue attacking until Russia is stopped. Help Ukraine defend its freedom today!Russian Rule of Lawlessness in Occupied Crimea and DonbasRussia installs its propaganda TV after seizing Kherson and imposes 15-year sentences for reporting its invasion of UkraineCrimean teacher dismissed and threatened with prosecution for telling students the truth about Russia’s war against UkraineChildren among the dead after Russian invaders opened fire on fleeing civilians Russia is forcing Ukrainians from occupied Crimea and Donbas to fight in its invasion of Ukraine Russian soldiers risk prison or injure themselves so as to not fight in Ukraine Impassioned appeal from Ukrainian Muslim leader in face of Russia’s war to destroy Ukraine Russian invaders murder Ukrainian volunteers Russia brings grotesque propaganda to Berdiansk after Ukrainian journalists refuse to collaborate Russia effectively admits it deliberately bombed the maternity hospital in Mariupol that killed three patients, including a childRussian priest arrested and prosecuted for sermon opposing Russia’s war against Ukraine Mayor of Melitopol Ivan Fedorov abducted after refusing to collaborate with the Russian invaders
• Topics / Terrorism
• Topics / The right to life 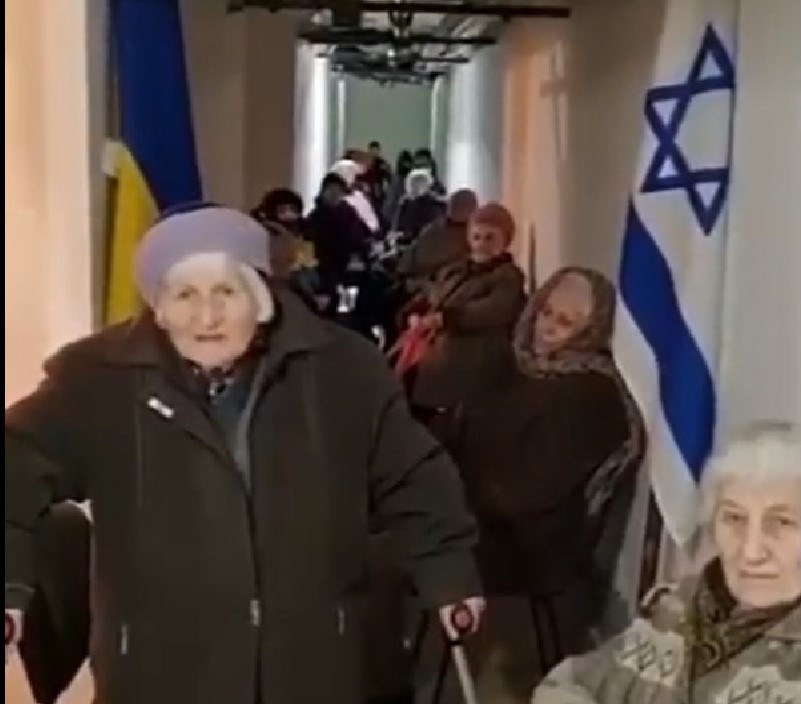 Valentina Yosypivna Romanova telling Putin to get his forces out of her country, Ukraine

Update about the Zaporizhya Nuclear Power Plant at the end

Valentina Yosypivna Romanova experienced the Nazis’ attack on her native Kyiv in June 1941.  Members of her family were killed by the Nazis at Babyn Yar.  81 years later, she and other survivors of the Nazi invasion of Ukraine and of the Holocaust are forced to hide in bomb shelters as Russia mercilessly bombs Kyiv and other Ukrainian cities.  Valentinna Yosypivna was one of three elderly survivors who, under the flags of both Ukraine and Israel, delivered a powerful address to Russian leader Vladimir Putin, telling him to take his army and get the hell out of Ukraine.  “We want peace!”

Peace is what Putin clearly does not want, and Russian forces have been bombing Ukrainian cities for a week now, using illegal cluster munitions and vacuum bombs, and very clearly targeting schools, hospitals and, generally, Ukrainian civilians.

Leading organizations representing Holocaust survivors, including the International Auschwitz Committee and Comité International de Dachau,  have also come out with a demand to end this war against Ukraine.  They condemn Moscow’s cynical abuse of Shoah and the memory of its victims in its propaganda.

The Kremlin has also repeated the claim it made in 2014 about Ukraine’s supposed ‘genocide of the Russian-speaking people’.  This surreal allegation is being used by an invading force that has been pounding predominantly Russian-speaking cities, like Kharkiv, for days, killing civilians and causing horrific damage.

In countless demonstrations of resistance throughout Ukraine, Russian and Ukrainian-speakers are entirely united in demanding that the Russian invaders get out of their country. 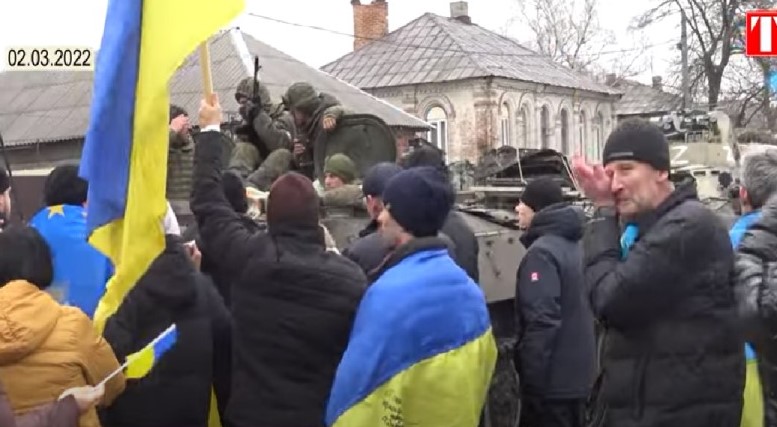 Well over a hundred Ukrainians from the Luhansk oblast city of Starobilsk took to the streets on 2 March, affirming that Starobilsk is Ukrainian and using their bodies to try to block passage to Russian armed vehicles and military hardware.

Such scenes were also seen in Kherson, the only city so far that the Russians have managed to seize. 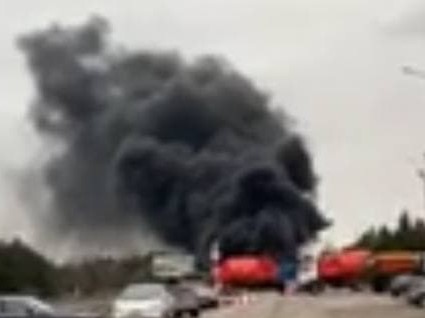 The situation in this city and on the road to the Zaporizhya Nuclear Power Plant, the largest such station in Europe, makes the refusal to date by western countries to impose a no-flying zone over Ukraine particularly incomprehensible.  As reported, a huge number of Ukrainians have been standing on that road, trying to prevent Russians from taking control of the plant.

On 3 March, the Russian invaders began directly attacking Enerhodar, with missiles hitting a school, as well as apartment blocks.  The Russians are also shelling the barricades at the entrance to the city and trying to force their way to the power plant.  Members of the territorial civil defence are trying to hold them back, using Molotov cocktails (petrol bombs).

By evening on 3 March, Russians had surrounded the plant, with Russia claiming to the International Atomic Energy Agency that they were allowing the Ukrainian staff to continue their work as normal.  This is not the impression given by a video posted at around 11 p.m. Kyiv time, which appears to show tracer fire around the station.   Russia’s wanton destruction of the historical Khan’s Palace in Bakhchysarai ; Chersonese and other monuments of huge cultural and historical significance in occupied Crimea also give no grounds for optimism.

Ukrainians are defending their land and are doing so with immense courage.  The enemy is extremely powerful and brutal, and is stopping at no act of carnage and barbaric destruction.  It really is vital that western countries, in particular the USA and United Kingdom, impose a no-fly zone over Ukraine.  This could literately save hundreds of lives, as well as averting catastrophe if Russian bombs hit nuclear power stations.

Please write to elected representatives in your country asking them to put pressure on your government to help achieve this.  More information about the importance of such no-fly zones can be found here.

Update:  as of just after 2 a.m.  Kyiv time, on 4 February, the Mayor of Enerhodar, Dmytro Orlov, reported that there was a fire at the Zaporizhya Plant, with the building of the first reactor having been hit.  He warns that they are unable to reach the fire and try to extinguish it because of the shelling.