Russian schoolchildren told that Russia is bombing and killing Ukrainian children in ‘self-defence’ Putin miscalculated. Russia is fighting “an army of 40 million Ukrainians” Chief Rabbi of Ukraine demolishes Putin’s excuse for Russia’s invasion Russia bombs a Ukrainian kindergarten and apartments in its war against independent Ukraine Putin will continue attacking until Russia is stopped. Help Ukraine defend its freedom today!Russian Rule of Lawlessness in Occupied Crimea and DonbasBabyn Yar bombed by Russia, 80 years after Nazi Massacre of Ukrainian Jews Russia continues its carnage, flouting binding order from ECHR to stop bombing civilians in UkraineUkrainian sportsman tortured to death by Russian invadersUkrainian survivors of the Holocaust demand Putin and Russia get out of Ukraine Russia installs its propaganda TV after seizing Kherson and imposes 15-year sentences for reporting its invasion of UkraineCrimean teacher dismissed and threatened with prosecution for telling students the truth about Russia’s war against UkraineChildren among the dead after Russian invaders opened fire on fleeing civilians Russia is forcing Ukrainians from occupied Crimea and Donbas to fight in its invasion of Ukraine Russian soldiers risk prison or injure themselves so as to not fight in Ukraine Impassioned appeal from Ukrainian Muslim leader in face of Russia’s war to destroy Ukraine Russian invaders murder Ukrainian volunteers Russia brings grotesque propaganda to Berdiansk after Ukrainian journalists refuse to collaborate Russia effectively admits it deliberately bombed the maternity hospital in Mariupol that killed three patients, including a childRussian priest arrested and prosecuted for sermon opposing Russia’s war against Ukraine
• Topics / War crimes 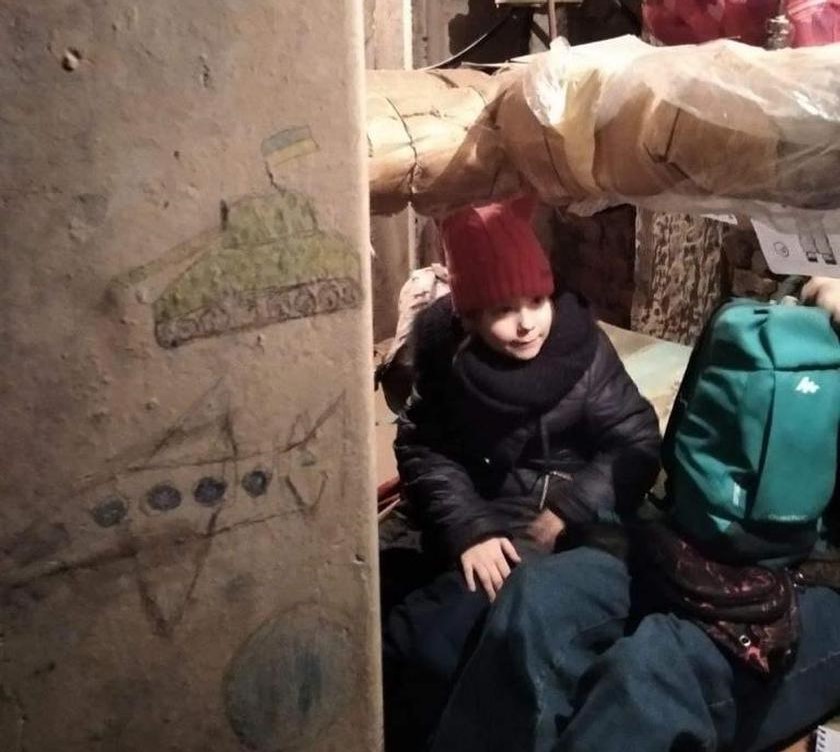 The head of the Russian Duma’s ‘committee on security’ , Vasily Piskarev, has proposed changes to legislation, including up to 15 years’ imprisonment for what are termed ‘fakes’ about the Russian armed forces currently bombing cities and killing civilians in Ukraine.  It is clear from the regime’s ban on words like ‘invasion’; ‘war’ and ‘aggression’ that this is one of several weapons being deployed to prevent people in Russia from learning about the crimes the regime is committing.  Judging by the latest Russian missile strike on a television tower in Kyiv, which killed at least five Ukrainians, it would appear that the Kremlin believes that such methods will achieve similar brainwashing in Ukraine.

Piskarev is from the ruling United Russia party, as is Viacheslav Volodin, the Speaker of the Duma.  Since the latter has reportedly approved the proposed legislative additions, the draft bill is very likely to get pushed through swiftly.  Any such criminal prosecutions would take time, of course, and the aim right now seems more about threatening Russians into silence.

The same is true of the warning from Russia’s Prosecutor General’s Office on 27 February of ‘liability for state treason’.  Such alleged ‘treason’ included “help to other states if this harms Russia’s security.”

It was claimed that the Russian armed forces are carrying out a supposed “special operation to protect “ Russia’s proxy ‘Donetsk and Luhansk people’s republics’. The warning states that “providing financial; material and technical; consultative or other help to a foreign state; international or foreign organization, or their representatives in activities aimed against the security of the Russian Federation contains elements of the crime envisaged by article 275 of the criminal code (state treason)”.

Russia’s attack on Kharkiv’s centre where there are no military targets and which killed at least 11 people. This was in the morning of 1 March 2022. More bombs were aimed at civilian sites in the evening

Russia has failed to explain how the Grad missiles that hit the centre of Kharkiv on 1 March and killed at least 11 people, including children, were aimed at ‘protecting’ its proxy ‘republics’.  The same is true of its bombing and attempted seizure of many other cities.  Under such circumstances, it is easy to imagine that any demonstrations of support for Ukraine could end up claimed to be ‘state treason’, with this carrying a sentence of up to 20 years.

Nor is this mere hypothesis. In January 2015, Svetlana Davydova, a mother of seven, who was breastfeeding her youngest child, was arrested and imprisoned on ‘treason’ charges.  These were linked solely to a phone call to the Ukrainian Embassy in April 2014, warning Ukraine that the soldiers from the nearby military unit were heading to fight in Donbas (further details here).

Russia’s censor, Roskomnadzor, has blocked several media which can be trusted to tell the truth, including Crimean Realities, one of the very few sources of information about human rights violations and repression in occupied Crimea.  Other media, including the renowned Novaya Gazeta; Mediazona and TV Dozhd have been told to remove material in which they open call Russia’s actions a war (rather than Russian leader Vladimir Putin’s euphemistic ‘special military operation’.

In its response, Novaya explained that the Prosecutor General’s Office and Roskomnadzor had demanded that they remove material “in which the military action on Ukrainian territory is named a war; aggression or invasion. Otherwise, there will be massive fines and the threat of closure.” They held a meeting of the editorial council, and asked those supporting the newspaper to vote on what they should do.  4,460 people took part in the vote, with almost 94% voting that they continue working in conditions of military censorship.  The newspaper is now using Putin’s term, but is at least providing truthful information about Russia’s actions.

On 1 March, both Ekho Moskvy and TV Dozhd were blocked, with the Prosecutor General having claimed that these media were publishing “false information about the actions of the Russian army in Ukraine.”

Russia is also heavily restricting access to both Facebook and Twitter.  Worth stressing that, at least in occupied Crimea, the Russian occupation regime has used Facebook posts to imprison renowned Crimean Tatar lawyers, civic figures, etc.  All such prosecutions, as well as the above-mentioned measures, are intended to silence people even when the media are available.