Impassioned appeal from Ukrainian Muslim leader in face of Russia’s war to destroy Ukraine Russia is forcing Ukrainians from occupied Crimea and Donbas to fight in its invasion of Ukraine Children among the dead after Russian invaders opened fire on fleeing civilians Russia installs its propaganda TV after seizing Kherson and imposes 15-year sentences for reporting its invasion of UkraineUkrainian survivors of the Holocaust demand Putin and Russia get out of Ukraine Russia continues its carnage, flouting binding order from ECHR to stop bombing civilians in UkraineBabyn Yar bombed by Russia, 80 years after Nazi Massacre of Ukrainian Jews Russia proposes 15-year sentences and threatens "treason charges" for telling the truth about its war crimes in UkraineRussian schoolchildren told that Russia is bombing and killing Ukrainian children in ‘self-defence’ Putin miscalculated. Russia is fighting “an army of 40 million Ukrainians” Chief Rabbi of Ukraine demolishes Putin’s excuse for Russia’s invasion Russia bombs a Ukrainian kindergarten and apartments in its war against independent Ukraine Putin will continue attacking until Russia is stopped. Help Ukraine defend its freedom today!Russian Rule of Lawlessness in Occupied Crimea and DonbasRussia brings grotesque propaganda to Berdiansk after Ukrainian journalists refuse to collaborate Russia effectively admits it deliberately bombed the maternity hospital in Mariupol that killed three patients, including a childRussian priest arrested and prosecuted for sermon opposing Russia’s war against Ukraine Mayor of Melitopol Ivan Fedorov abducted after refusing to collaborate with the Russian invaders Russia uses terror and abduction in attempt to force schools to collaborate in occupied Melitopol Ukrainian journalist Oleh Baturin feared abducted by Russian invaders in Kherson oblast
• Topics / Terrorism 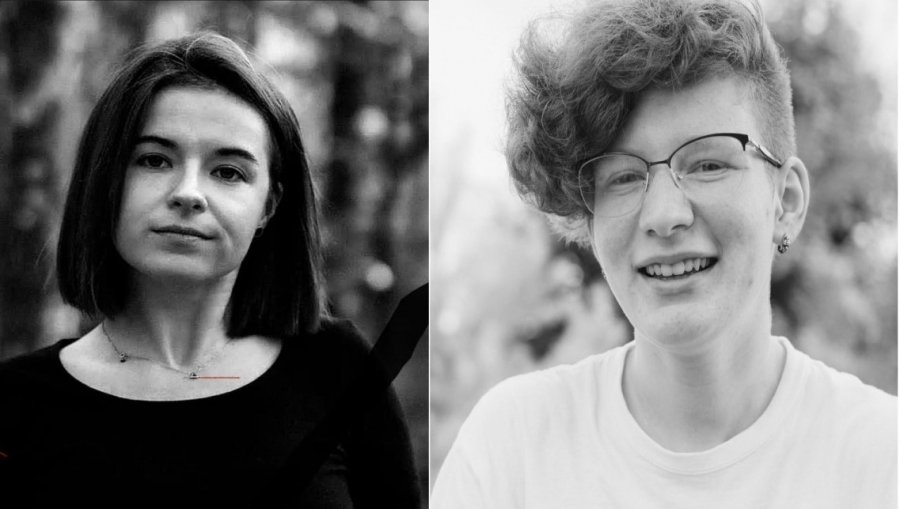 At least four volunteers have been murdered since Russia invaded Ukraine, with at least three of them killed while trying to help civilians or the animals who are also victims of this savage war.  This is without counting the men and women who have died, either as members of Ukraine’s Armed Forces or as civilian volunteers who have come forward to defend Ukraine against the invader

Anastasia (Nastya) Yalanska was killed near Kyiv on 4 March by Russian soldiers.  A former colleague, Andriy Piddubny, reported her death, explaining that Nastya had not wanted to leave Kyiv and had decided to remain and try to help people.  She was killed, together with two companions, after Russians deliberately shot at their car as they drove in the area of Bucha, one of the Kyiv oblast cities that has come under savage attack as Russia tries to seize control of Kyiv.

In her final posts on Telegram on 2 and 3 March, Nastya gave bits of advice to other volunteers and wrote that “the more intense the hotspot that you are heading into, the more they will try to dissuade you at checkpoints.  But having seen the determination in your eyes, they’ll wish you strength, thank you and ask that you be careful.”

There is simply no possibility that the Russians who shot at Nastya’s car did not know that they were aiming at civilians.

Yulia Zdanovska  was a brilliant mathematician who had, in 2017 won silver medal for Ukraine at the European Girls’ Mathematics Olympiad, competing with young women from 44 countries.  She was a graduate in computer science and helped share her skills as a volunteer for the charity ‘Teach for Ukraine’.

Yulia was from Kharkiv and refused to leave, despite Russia’s relentless bombing of schools, residential buildings and other civilian targets in the city  She had told her colleagues at ‘Teach for Ukraine’ that she was “staying in Kharkiv until we win”.

It was learned on 8 March that she had been killed.

Oleksandr Feldman reported on 8 March that the two people, who for the moment are unnamed, had tried to get into the Ecopark to feed the animals.  This would have been the first feed in three days with the animals facing starvation due to the ferocity of Russian bombing, shelling and gunfire.  Instead, both came under fire and were killed.

As well as unleashing carnage and destruction through bombs and mortar shelling, Russia is also leaving anti-personnel mines that, on 8 March, killed three adults driving in a car near the village of Kolychivka in the Chernihiv oblast, and injured three children.  Ukraine’s Human Rights Ombudsperson Liudmyla Denisova reports that witnesses say that Russia is concealing such mines by covering them with straw or rubbish.  The use of such anti-personnel mines is strictly prohibited by the 1997 Ottawa Convention, or Anti-Personnel Mine Ban Treaty.   The latter has not been signed by Russia, however any such use of mines targeting civilians is clearly prohibited by the Geneva Conventions.

On 8 March, Hanna Zamazyeva, Head of the Mykolaiv Regional Council, reported that the Russians had opened fire at a mini-van with teachers from a children’s home.  She said that at least three of the women had been killed and two others injured.  They had been driving to the children’s home to relieve their colleagues with the mini-van clearly marked with a red cross.

It is by no means easy to claim justification for the targeting of Ukrainian soldiers by an invading army carrying out horrific acts of aggression, however that, presumably, does not constitute the crimes of aggression, war crimes and crimes against humanity where universal jurisdiction applies.  There are, however, a huge number of civilians, including many human rights activists; lawyers, and even a Supreme Court judge, who have taken up arms in the face of Russia’s unprovoked attack and threat to Ukraine.  Throughout Ukraine, people are also involved in preparing petrol bombs; helping to create camouflage nets; filling sandbags to serve as barricades, etc.  In those cities now under Russian occupation, Ukrainians are still continuing, despite the evident danger from armed Russian soldiers, to come out onto the street in protest.

In all of the killings above above, in the virtually blanket bombing of schools; hospitals and apartment blocks, in the shooting and killing of children whose families were trying to flee,  Russia is committing heinous crimes for which it must be held to answer.