Russian priest arrested and prosecuted for sermon opposing Russia’s war against Ukraine Russia effectively admits it deliberately bombed the maternity hospital in Mariupol that killed three patients, including a childRussia brings grotesque propaganda to Berdiansk after Ukrainian journalists refuse to collaborate Russian invaders murder Ukrainian volunteers Impassioned appeal from Ukrainian Muslim leader in face of Russia’s war to destroy Ukraine Russia is forcing Ukrainians from occupied Crimea and Donbas to fight in its invasion of Ukraine Children among the dead after Russian invaders opened fire on fleeing civilians Russia installs its propaganda TV after seizing Kherson and imposes 15-year sentences for reporting its invasion of UkraineUkrainian survivors of the Holocaust demand Putin and Russia get out of Ukraine Russia continues its carnage, flouting binding order from ECHR to stop bombing civilians in UkraineBabyn Yar bombed by Russia, 80 years after Nazi Massacre of Ukrainian Jews Russia proposes 15-year sentences and threatens "treason charges" for telling the truth about its war crimes in UkraineRussian schoolchildren told that Russia is bombing and killing Ukrainian children in ‘self-defence’ Putin miscalculated. Russia is fighting “an army of 40 million Ukrainians” Chief Rabbi of Ukraine demolishes Putin’s excuse for Russia’s invasion Russia bombs a Ukrainian kindergarten and apartments in its war against independent Ukraine Putin will continue attacking until Russia is stopped. Help Ukraine defend its freedom today!Russian Rule of Lawlessness in Occupied Crimea and DonbasRussia uses terror and abduction in attempt to force schools to collaborate in occupied Melitopol Ukrainian journalist Oleh Baturin feared abducted by Russian invaders in Kherson oblast
• Topics / War crimes 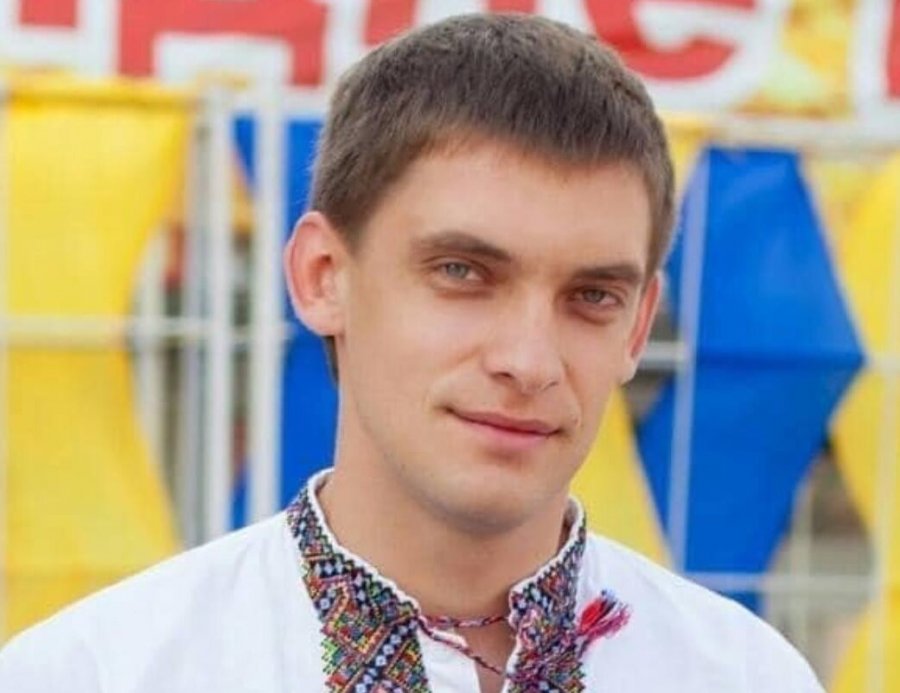 Around two thousand Ukrainians have come out in protest in Melitopol demanding that the Russian invaders release Melitopol Mayor, Ivan Fedorov.  He was abducted on 11 March from the Melitopol Crisis Centre by Russian soldiers who took him away with a bag over his head.  Fedorov had refused to collaborate with the Russians who have seized the city and there are serious grounds for concern about his safety. It was also reported on 12 March that Olha Haisumova, the coordinator of the daily protests against the Russian invasion, had been abducted from the protest.  An hour after that news first appeared on Facebook, Haisumova’s Facebook page has been blocked. 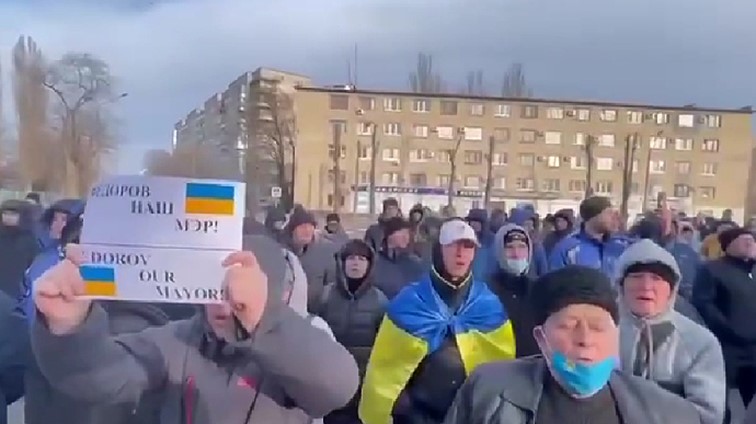 Initial information about the abduction of Fedorov was reported by Kyrylo Tymoshenko, Deputy Head of the Office of the President, late in the afternoon of 11 March, with a video later posted, which appears to confirm this.  Fedorov (or a man with a bag over his head) is being forced out of the Melitopol Crisis Centre by a large number of armed men.

The last post on Fedorov’s Facebook page was around two hours before his disappearance and expresses gratitude to the huge number of local companies who have come forward to help those most in need of help. “Together we will overcome everything!”, he concluded, adding the Ukrainian flag.

There have been protests every day since the Russian seizure of the city. Fedorov’s abduction came a day after Russian soldiers burst into the Melitopol home of Leila Ibragimova, the Deputy Head of the Zaporizhya Regional Council, Director of the Melitopol City Museum and a member of the Crimean Tatar community.  The Russian intruders carried out a ‘search’, seized her mobile phone and took her away, reportedly with a bag over her head.  The armed men demanded that she give them names of local activists and also interrogated her about a local Crimean Tatar organization.  She refused to provide the names demanded and was later released, but that abduction and now that of Fedorov and, seemingly, of Olha Haisumova, are chillingly reminiscent of the lawlessness, the abductions and enforced disappearances, especially of Crimean Tatars,  that Russia brought to Crimea with its invasion in 2014. 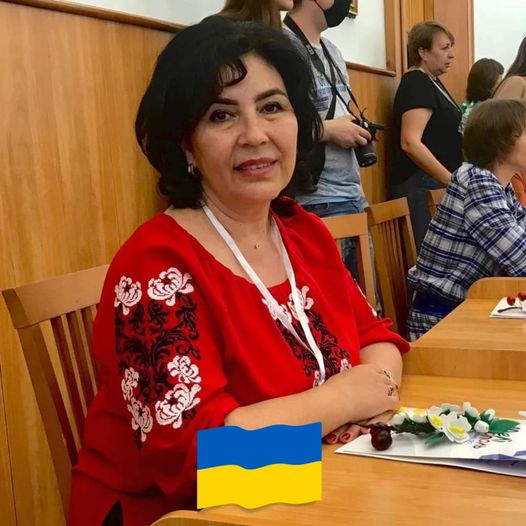 Just as in 2014, Russia tries to seize control of the media and Internet as soon as it seizes control of a city. On 4 March, the Melitopol City Council reported that Russian military had seized the television tower in Melitopol. The aim here, and in other seized cities, is to replace Ukrainian media with Russian propaganda channels.

They are, however, meeting with widespread opposition.  In Melitopol, for example, local residents came out onto the street with Ukrainian flags and held a procession in support of Ukraine.  They chanted: ‘Melitopol is Ukraine’; ‘Glory to Ukraine!’ and ‘Death to the enemy!’   Typically, the Russians tried to stage a fake, during which the invaders were supposedly welcomed into the city, and were thwarted by Ukrainians shouting at them to “go home!”

The Office of the President’s Representative on Crimea has reported that they are receiving a number of reports of abductions in the Kherson oblast.  Some people are seized at enemy checkpoints after the Russians rummage in their phones and cars and, in all probability, find evidence of the people’s opposition to Russia’s invasion.  In other cases, the Russians actually turn up at people’s homes.  Typically, as well as Ukrainian veterans of the war in Donbas and law enforcement officers, they also target Crimean Tatars.  The President’s Representative notes that it is clearly not looters that are of interest to these invading forces.  Quite the contrary, since the invaders who appeared at the home of a Security Service [SBU] officer, failed to find him, but robbed the house.

There are also reports in other places seized by the Russians of civilians being taken hostage, beaten and tortured.

rting its invasion of Ukraine