Raped, shot and thrown in a mass grave by the Russian invaders who turned Bucha into hell 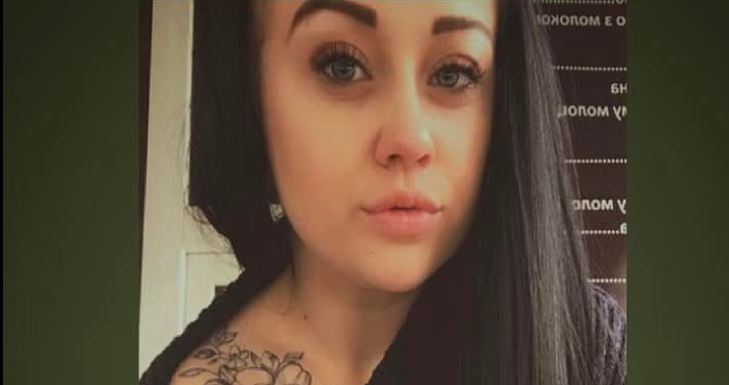 Karina Yershova fled with her parents from the Russians who seized control of Donetsk in 2014.  She was 23 when Russians invaded her new home in Bucha (Kyiv oblast), raped and shot her dead, flinging her body into one of the mass graves that these ‘soldiers’ brought with their so-called ‘Russian world’.

Social media reports asking for help in finding the young woman say that she disappeared on 10 March, with a friend of the family reporting that her body had been found a month later, on 12 April.

The Bucha City Council has reported that the Russians seized Karina on the street, tortured and raped her, before killing her with a shot to the head.  Her stepfather reported that Karina’s nails had been ripped off, as she tried to fight off her attackers, and her body was covered in cuts.   Her body was hurled into the mass grave in the churchyard together with over 400 other victims, exhumed after the Russians retreated.

Karina was buried in Bila Tserkva, with her mother stopped from trying to open the coffin at the funeral.  The Council reports that the police told Karina’s parents that she had been tortured and killed, but omitted some of the most horrific details.  Karina’s stepfather says only that they believe it possible that she was raped, and that they had only been allowed to see the upper part of her body.  The young woman’s hands were burned to the bone, however her killers left the silver rings that Karina wore.  A tourniquet to stop bleeding was found on her leg, presumably from an earlier gunshot wound.

“We hate them”, Andriy Derenko, Karina’s stepfather, says. “We are from the Donetsk oblast where almost everybody speaks Russian, however I hate Russians for killing a Russian-speaking girl.  I’m now ashamed that I speak Russian as  hate ‘Russian world’.  The Russian soldiers are not people, they’re beasts.”

Both Ukrainian and international investigators are examining the bodies of the Russians’ victims and will certainly know whether, as seems likely, Karina was one of at least 25 women whom the Russians raped.   Ukraine’s Ombudsperson Lyudmyla Denisova reported on 3 April that the Russians had piled the naked bodies of four or five women in a heap on some car tires and tried to burn them, near the road, around 20 kilometres out of Kyiv.  The fact that they were naked and that the Russians actually tried to hide what they had done suggests that they were first raped, and then killed.  BBC journalists spoke with a woman, referred to as Anna, who recounted how she was raped by a soldier.  Her husband was shot in the abdomen while trying to defend her.  There was no possibility of getting him to hospital, and he died two days later from the gunshot wound.  Anna showed the BBC the grave that she and her neighbours had dug for him in the backyard.

The same journalists learned that another woman nearby had been raped and killed by the same man.  The fact that several other soldiers appeared at Anna’s home and took the attacker away may have saved her life, but assuredly does not make the other soldiers significantly better.  Anna told the BBC that they had stayed in her house for a few days. “She says they would point their gun at her and ask her to give them her husband's belongings.  "When they left, I found drugs and Viagra. They would get high and they were often drunk. Most of them are killers, rapists and looters. Only a few are OK," she said.” 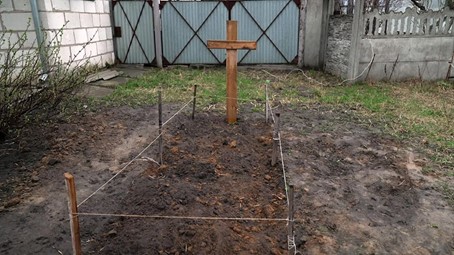 The BBC also cite Andrii Nebytov, the police chief of the Kyiv region, who told them of a family of three - a couple in their thirties and their young child.  The Russians had arrived on 9 March, and when the man tried to protect his wife and child, they shot him. "After that, two soldiers repeatedly raped the wife. They would leave and then come back. They returned three times to rape her. They threatened that if she resisted they would harm her little boy. To protect her child she didn't resist."  When the soldiers left, they burnt down the house and shot the family's dogs.

The woman escaped with her son and then contacted the police. Mr Nebytov says his team has met her and recorded her testimony.”

There is no possibility that the Russians who looted people’s houses and took even home appliances back to Belarus to sell or send home did this without their superiors’ knowledge, and the same is surely true of the men’s other crimes.

On 12 April, Ukraine’s Security Service intercepted a call between a Russian soldier and his wife, in which the latter gave him permission to rape Ukrainian women, telling him only to use condoms and to not tell her anything.  Skhemy investigative journalists have since managed to identify the individuals involved - 27-year-old Roman Bykovsky and his wife Olga Bykovska from the Oryol region in Russia.

According to Anatoly Fedoruk, Mayor of Bucha, around 85% of the bodies found so far, died of bullet wounds and were clearly deliberately killed.

Russia has repeatedly tried to deny all such crimes claiming that the bodies found in mass graves, or on the streets, some with their hands tied behind their backs, were ‘actors’.  Since they have also brought in draconian legislation aimed at prosecuting people for opposing the war and / or revealing details of crimes like those above, they clearly understand themselves what such denials are worth.