Chief Rabbi of Odesa: “Ukraine is the safest country in the world for Jews” Russian invaders kill 96-year-old Ukrainian Holocaust survivor Odesa Christian, Jewish and Muslim faiths unite for Ukraine and against Russian aggression Five members of a family and people queuing for bread killed by Russian bombing of Chernihiv Russia responds to International Court order to stop bombing Ukraine by destroying Mariupol Theatre sheltering familiesRussian invaders take Mariupol intensive care hospital and its patients hostage Mass graves of the Ukrainian civilians Russia claims it is not killingTerror and abductions as Russia tries to break Ukrainian resistance in Kherson and other occupied citiesUkrainian journalist Oleh Baturin feared abducted by Russian invaders in Kherson oblast Mayor of Melitopol Ivan Fedorov abducted after refusing to collaborate with the Russian invaders Russian priest arrested and prosecuted for sermon opposing Russia’s war against Ukraine Russia effectively admits it deliberately bombed the maternity hospital in Mariupol that killed three patients, including a childRussia brings grotesque propaganda to Berdiansk after Ukrainian journalists refuse to collaborate Russian invaders murder Ukrainian volunteers Impassioned appeal from Ukrainian Muslim leader in face of Russia’s war to destroy Ukraine Russia is forcing Ukrainians from occupied Crimea and Donbas to fight in its invasion of Ukraine Children among the dead after Russian invaders opened fire on fleeing civilians Russia installs its propaganda TV after seizing Kherson and imposes 15-year sentences for reporting its invasion of UkraineUkrainian survivors of the Holocaust demand Putin and Russia get out of Ukraine Russia continues its carnage, flouting binding order from ECHR to stop bombing civilians in Ukraine
• Topics / War crimes 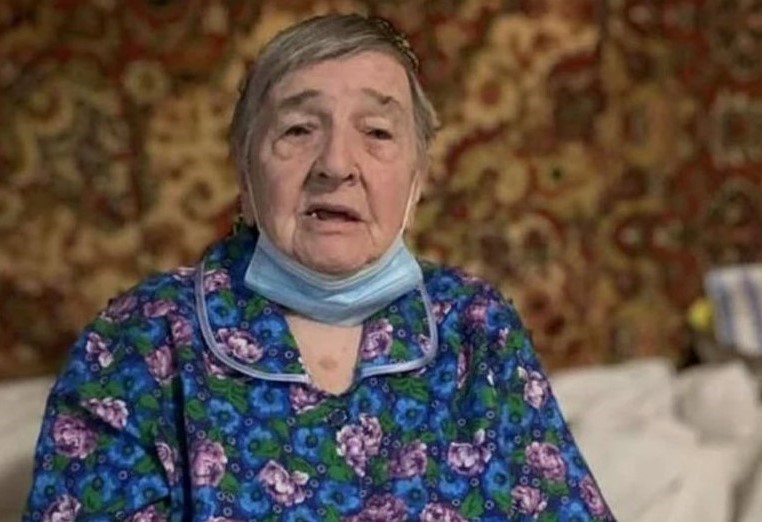 Vanda Obiedkova was ten years old in 1941, when the Nazis invaded Mariupol and came for the Jews, including her mother.  Vanda escaped, initially by hiding in a basement.  She died 81 years later, on 4 April 2022, in a bitterly cold Mariupol basement, where she and her family were forced to seek shelter from Russian bombs.

Mariupol has been under siege since soon after Russia began its full invasion of Ukraine on 24 February.  The Russians have repeatedly refused to honour humanitarian corridors for coaches to evacuate civilians and have effectively destroyed the city’s infrastructure, leaving people without electricity and heating, with no running water and very little food or medication.  Chabad.org has learned from Vanda Semyonovna’s daughter, Larissa, that her mother spent the last two weeks of her life,  pleading for water and asking why all of this horror was happening.  Her mother did not deserve such a death, she says. “There was no water, no electricity, no heat—and it was unbearably cold,”   It is clear that Russia wants this humanitarian disaster as there were two snipers in position near the closest source of desperately needed water.

Russia has made even proper funerals impossible, and Larissa and her husband were forced to brave the dangerous shelling in order to bury Vanda Semenivna in a public park.  They have since managed to flee the city.

Rabbi Mendel Cohen told the newspaper that Vanda Obiedkova and her family had been active members of the local Jewish community.  “Vanda Semyonovna lived through unimaginable horrors. She was a kind, joyous woman, a special person who will forever remain in our hearts.”

Vanda Obiedkova is the second Holocaust survivor known to have died as the result of a war that Russian leader Vladimir Putin claimed on 24 February was aimed at “the demilitarization and denazification of Ukraine”.

Boris Romantschenko (or Romanchenko) was killed on 18 March, when Russians bombed his apartment block in Kharkiv.  He was 96 year old and had survived four Nazi concentration camps (Buchenwald; Peenemünde; Dora and BergenBelsen).  He had difficulty walking and had refused to leave Kharkiv, even though the Northern Saltivka district where he lived has been particularly savagely bombed.  The missile hit his apartment, which was totally gutted.

Moscow’s use of unfounded claims about ‘genocide of Russian speakers’ and of claims that its bombing and killing of civilians throughout Ukraine is about ‘denazification’ has been condemned both by Ukrainian Jewish leaders and by Holocaust organizations.

On 28 February, members of the international remembrance committees of Auschwitz, Buchenwald-Dora, Dachau and other Nazi concentration and death camps, issued an appeal, demanding an end to the war.  They condemned Moscow’s cynical abuse of Shoah and the memory of its victims in its propaganda.

On 11 April, 17 Holocaust museums from four countries took out a full-page statement in the New York Times, calling on the world to do more to stop Russian atrocities and war crimes in Ukraine.

We call upon our governments around the world to do more to stop these atrocities and assist those who have been brutalized. We support the International Criminal Court’s investigation of war crimes, crimes against humanity, and genocide.”

Chief Rabbi of Odesa: “Ukraine is the safest country in the world for Jews” 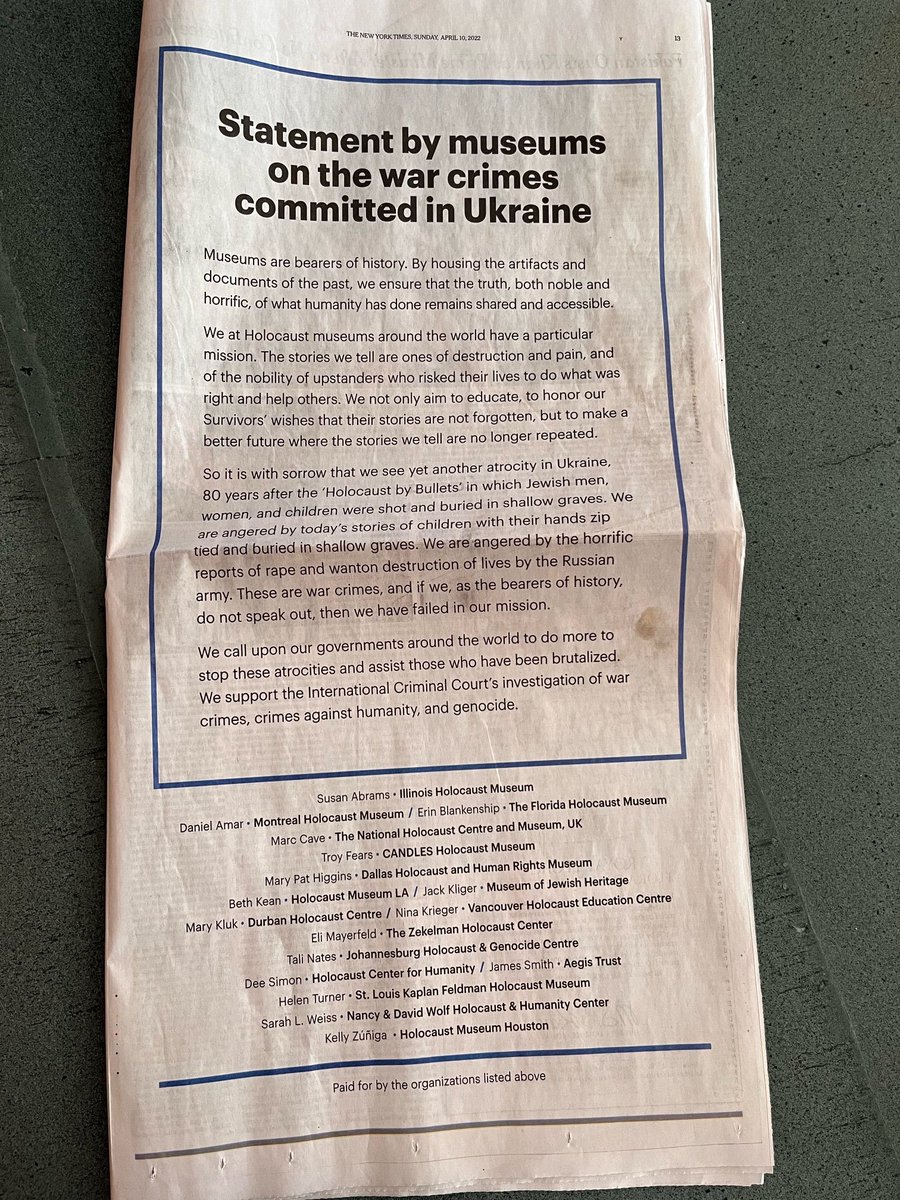