Russia responds to International Court order to stop bombing Ukraine by destroying Mariupol Theatre sheltering familiesRussian invaders take Mariupol intensive care hospital and its patients hostage Mass graves of the Ukrainian civilians Russia claims it is not killingTerror and abductions as Russia tries to break Ukrainian resistance in Kherson and other occupied citiesUkrainian journalist Oleh Baturin feared abducted by Russian invaders in Kherson oblast Mayor of Melitopol Ivan Fedorov abducted after refusing to collaborate with the Russian invaders Russian priest arrested and prosecuted for sermon opposing Russia’s war against Ukraine Russia effectively admits it deliberately bombed the maternity hospital in Mariupol that killed three patients, including a childRussia brings grotesque propaganda to Berdiansk after Ukrainian journalists refuse to collaborate Russian invaders murder Ukrainian volunteers Impassioned appeal from Ukrainian Muslim leader in face of Russia’s war to destroy Ukraine Russia is forcing Ukrainians from occupied Crimea and Donbas to fight in its invasion of Ukraine Children among the dead after Russian invaders opened fire on fleeing civilians Russia installs its propaganda TV after seizing Kherson and imposes 15-year sentences for reporting its invasion of UkraineUkrainian survivors of the Holocaust demand Putin and Russia get out of Ukraine Russia continues its carnage, flouting binding order from ECHR to stop bombing civilians in UkraineBabyn Yar bombed by Russia, 80 years after Nazi Massacre of Ukrainian Jews Russia proposes 15-year sentences and threatens 'treason charges' for telling the truth about its war crimes in UkraineRussian schoolchildren told that Russia is bombing and killing Ukrainian children in ‘self-defence’ Putin miscalculated. Russia is fighting “an army of 40 million Ukrainians”
• Topics / War crimes 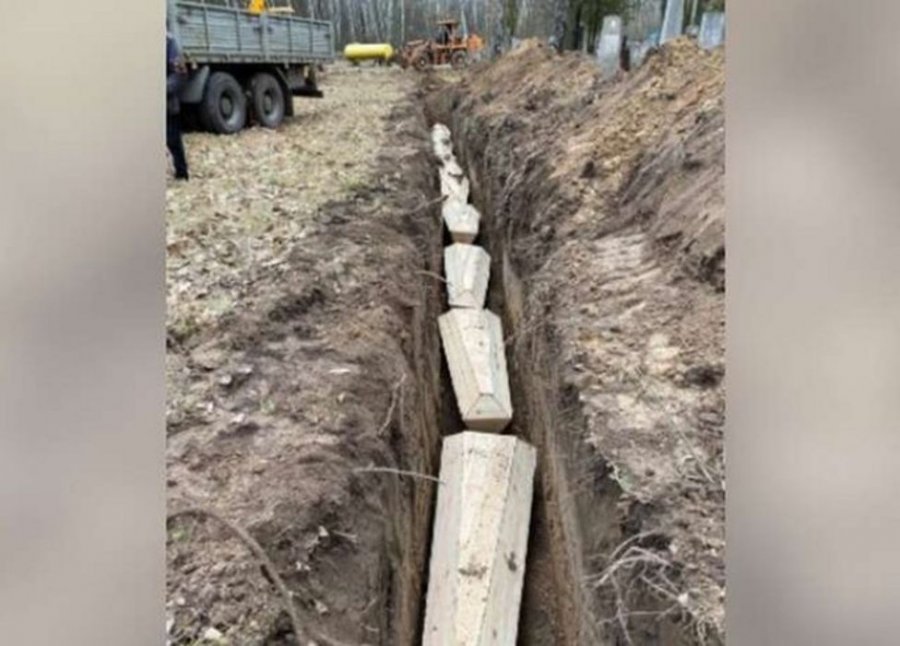 Five members of one family were killed by the Russian invaders on 16 March in the unending bombing and shelling of Chernihiv that Moscow calls a ‘special operation to demilitarize and denazify Ukraine’.  The victims also included ten residents of an ordinary Chernihiv suburb who were killed by the enemy while standing in a queue for bread.

This was the second time that Russia killed civilians trying to survive by queuing for bread.  On 3 March, Russia bombed a central square of Chernihiv, with this reported to have killed 47 Ukrainians.  Amnesty International has concluded that the Russian air strike “may constitute a war crime”.   The evidence suggests that Russia used at  least eight unguided aerial bombs – known as ‘dumb bombs’, with AI calling this “a merciless, indiscriminate attack on people as they went about their daily business in their homes, streets and shops”. 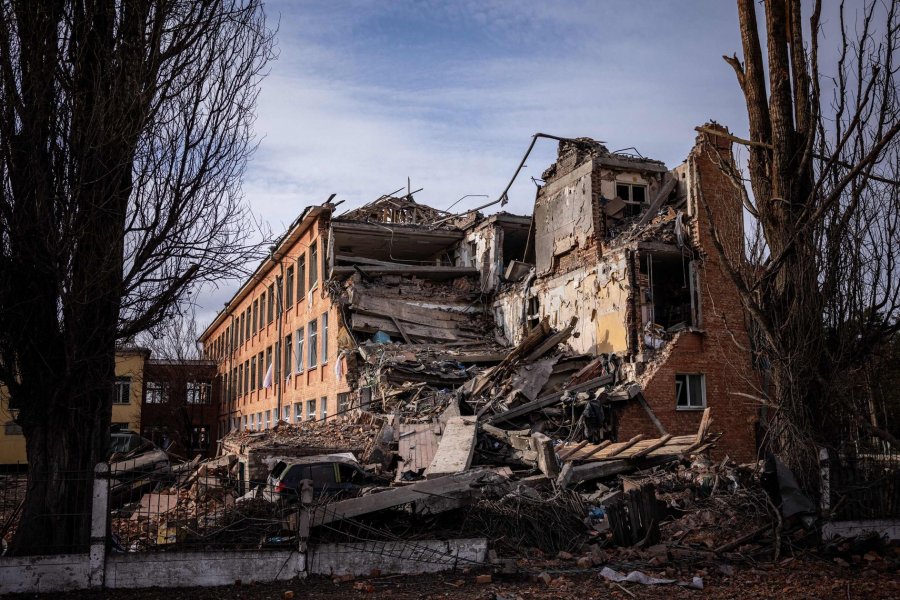 It is almost certainly true that all of the above, and many others, were indiscriminate in that Russia really doesn’t care who and how many civilians it kills.  Viacheslav Chaus, Head of the Chernihiv Regional Administration, is, however, convinced that Russia is systematically carrying out airstrikes and shelling, and destroying civilian infrastructure, while also blocking attempts to evacuate city residents.  Until the invaders agree to provide safe corridors, he says, he cannot send people to their certain death.  The Mayor of Chernihiv, Vladislav Atroshenko, reported on 16 March that the enemy shelling is becoming more and more intense, and that the city is, like Mariupol, deprived of water and electricity, and there are problems with supplies of food and medicine.  Over 200 civilians have been killed by the enemy since Russia began its invasion on 24 February, with the number of deaths in the city alos four times higher than customary, due to the appalling conditions, stress from the war, etc.   The authorities have been forced to bury coffins in trenches as the city cemetery is on the outskirts of Chernihiv and any funeral would come under Russian attack.

The world is watching this savage attack on Ukraine, with nobody doubting that this is an invasion of a democratic state and attempt to either seize control of it, or destroy it.  Under such conditions, it remains unclear why the international media consistently report that “Ukraine says” and then that Russia denies that it targeted civilians.  There is no need to play safe in this way when the photos and video footage clearly indicate that Russia is bombing and shelling apartment blocks, schools and hospitals. The systematic and unrelenting bombing of Mariupol, Kharkiv and Chernihiv make it entirely clear that neither the individuals dropping the bombs, nor those issuing the orders are in any doubt that they are hitting and killing civilians.