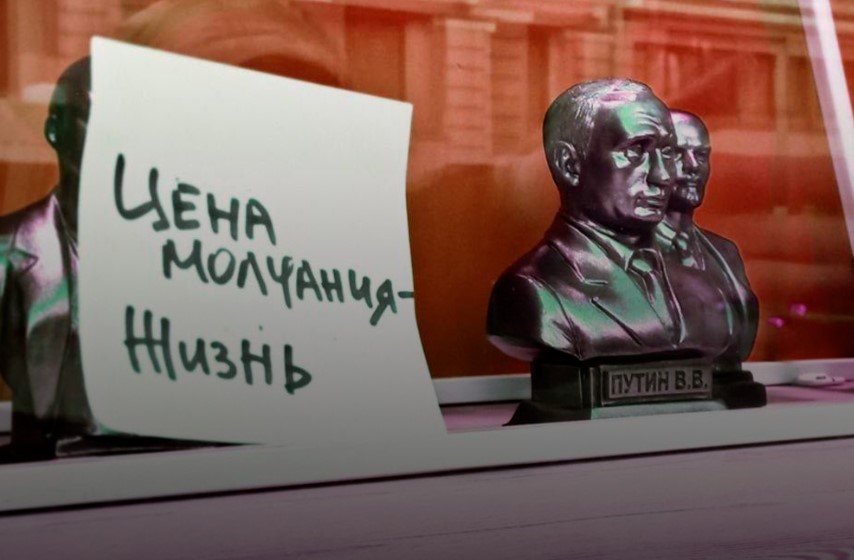 Protests against invasion in Ukraine do not stop in Russia since February 24, despite the repressions that get worse. Mass protests in the first days of the war resulted in the similarly mass arrests and soon the mass street actions ended. On March 4 Volodymyr Putin signed a package of repressive laws on “fakes”. The new Article 20.3.3. of the Code on Administrative Offences introduced the concept of “discrediting the use of armed forces”. “Discrediting” is punishable by a fine of up to 50 or 100 thousand rubles (in case of combining “discrediting” with calls for protests or violation of public infrastructure), and one repeated violation threatens to apply a new article 280.3 of the Criminal Code - if applied, the accused faces a fine up to 100 thousand rubles or 3 years in prison.

In a month and a half the protocols under Article 20.3.3 were issued for a thousand people, while “discrediting” were seen as wearing the clothes and manicures in blue and yellow, posters with 8 stars, as well as quotes by Volodymyr Putin.

In addition to the “discrediting”, the new laws also introduced the concept of “fakes” (knowingly false information) about the use of the armed forces. “Fakes”, which bear no direct difference from “Discrediting”, are already criminally punishable under Article 207.3 of the CC of RF: a fine of up to 700 thousand rubles or imprisonment for up to 15 years.

Currently 35 people are already accused of spreading fakes. The first one to be detained was an artist from Saint Petersburg, Sasha Skochylenko, who replaced the price tags in a store with leaflets containing the information on the hostilities. Despite gluten intolerance, which threatens her life and health, Sasha was sent to SIZO until June. 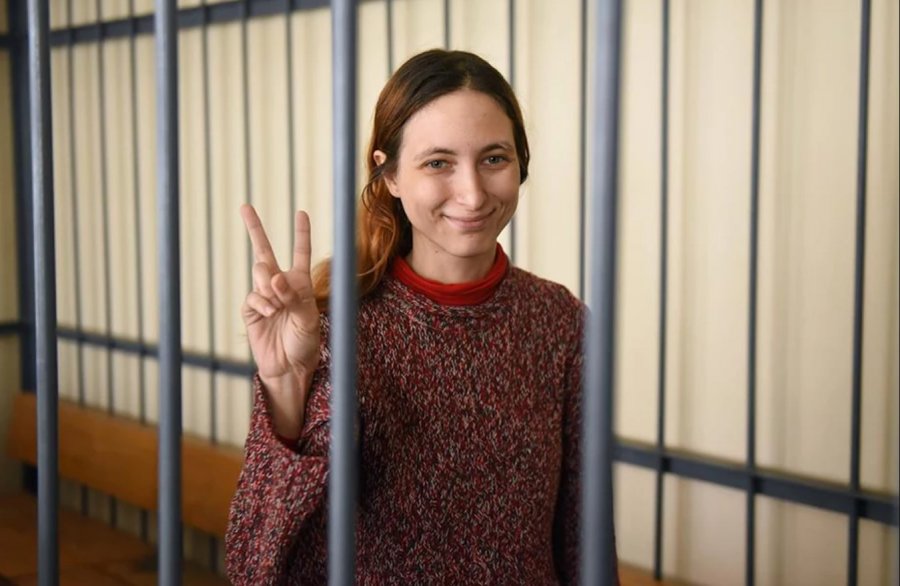 Sasha Skochilenko, photo by The Village

“Ahora International” in its report analyzed that with the introduction of these unconstitutional laws and the censorship essentially established on the first day of the war, martial law has been established in Russia, since the basic constitutional rights were restricted: to freedom of speech, assembly and movement, to private property.

That caused the protest to change its form. Today there is no massive street anti-war movement, but it was replaced by decentralized “guerrilla” protest actions, directed at breaking the silence concerning the war in the official propaganda. In addition to individual pickets, the activists countrywide arrange anti-war performances, distribute leaflets and create memorials dedicated to people who died in Mariupol and other Ukrainian cities.

Several civil movements, such as “Spring”, ”Feminist anti-war resistance” and “Students against war” regularly use the new formats, extending the potential of the protest, seeking to involve new social groups in it. 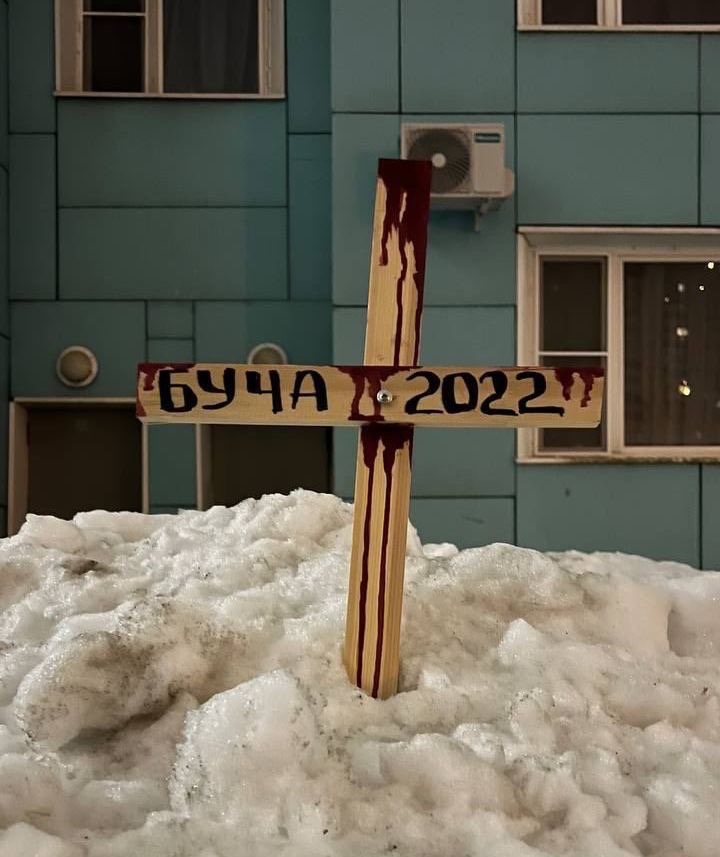 In this digest we selected the information on the actions that took place last week. It is compiled on the basis of information by “OVD-Info” on the people arrested for the anti-war position. We also added some actions that did not end up in detention for the activists. The digest shows – despite the lack of the mass meetings, the Russian fight against the war continues.

According to OVD-Info, since the introduction of the Article on the “discrediting of the Armed Forces” in the administrative code the police issued 993 protocols for the people countrywide. Most of the protocols from this article were in Moscow, St. Petersburg, Kaliningrad and Tomsk regions, as well as in the Crimea. Only in seven regions of Russia there are no such administrative cases. Protesters are not deterred by criminal and administrative prosecution, which is sometimes absurd.

Despite the great risks, quite vocal against the war are politicians, journalists and cultural figures, whose voica can be heard by many. 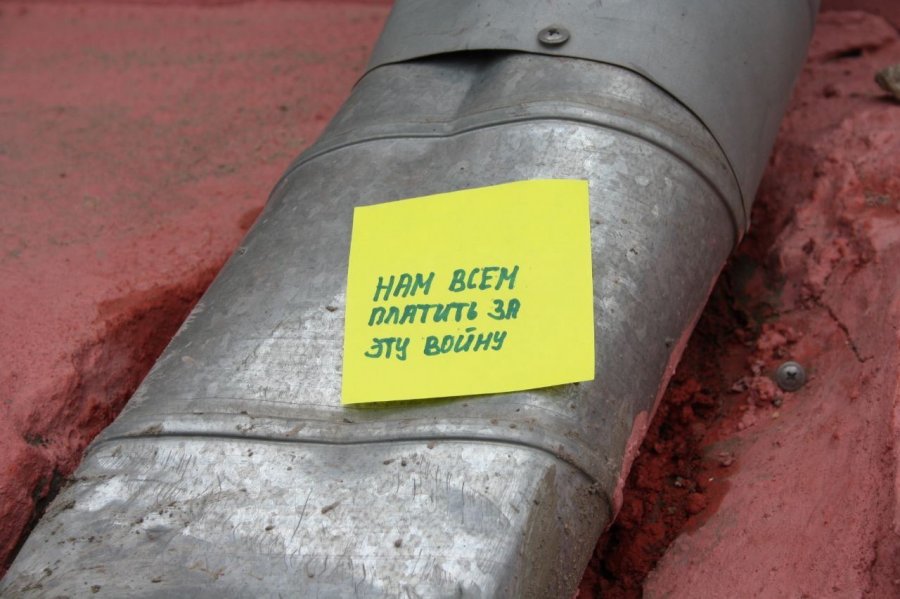 A relatively new form of protest spreads among those who do not have an opportunity to openly state their opinion  – a “quiet picket”: people invisibly leave inscriptions on the walls, stick the stickers, wear pacifist symbols on clothes. Some initiatives deserve special attention. 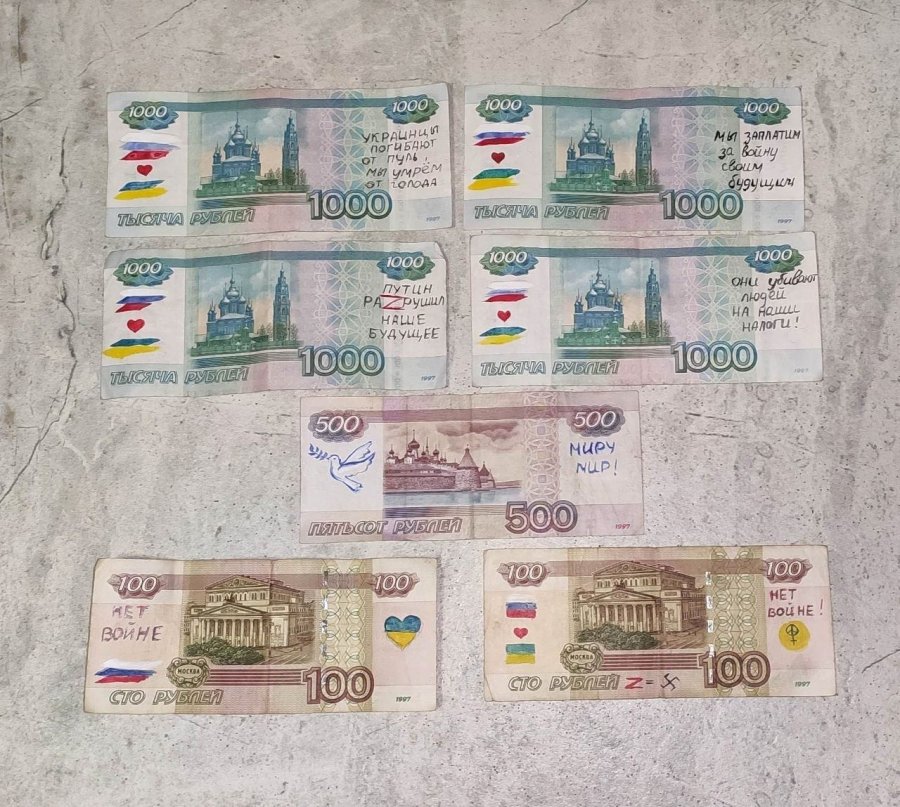 The review was prepared by the Memorial volunteers on the basis of the following sources: OVD-Info, Kholod, telegram channel Visible Protest, media.az, telegra.ph.