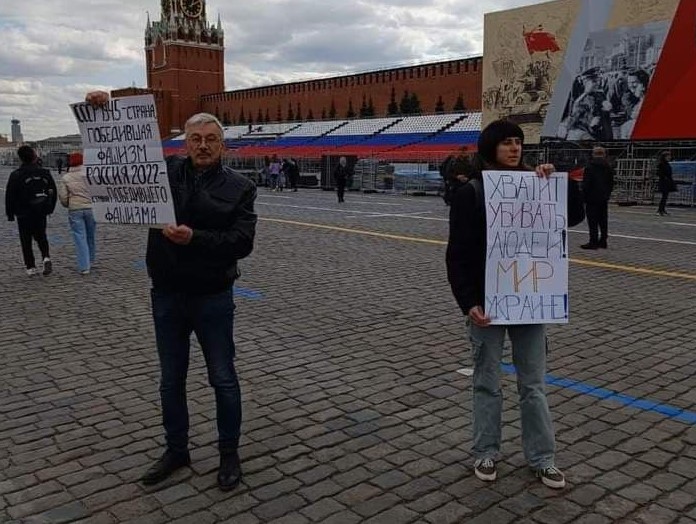 During the last week of April detentions, fines, opened criminal investigations, application of other forms of pressure on the war opponents as well as banning websites continued.

People continue to express their anti-war position using other ways:

People who are against the war in Ukraine protest through the fight against military symbols in their cities:

Many citizens who are aganist the war with Ukraine were persecuted both by the law and by pro-government activists:

Famous people also speak out against the war: