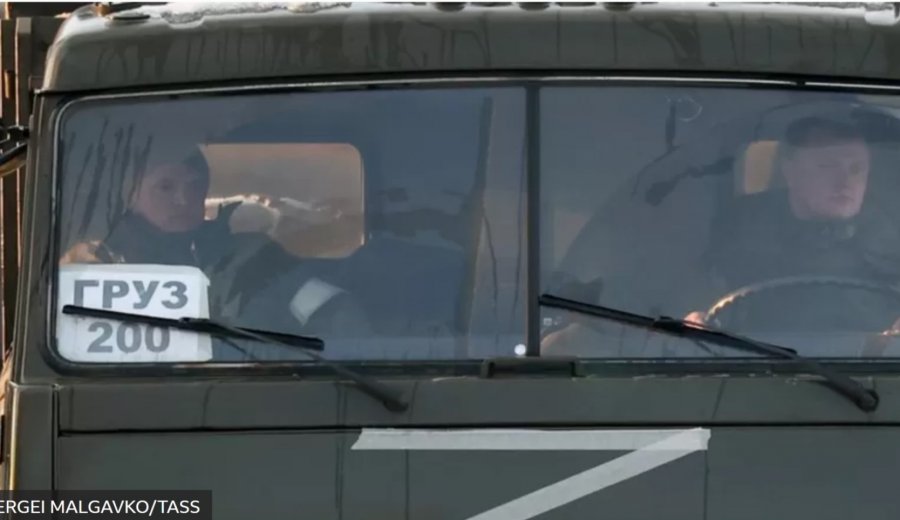 Cargo 200 vehicle heading back to Russia with the bodies of soldiers sent to kill Ukrainians Photo Sergei Malgavkov, TASS

Russian media are deleting lists of Russian soldiers killed in Russia’s war against Ukraine following a court ruling stating that such information constitutes ‘a state secret’.  The ruling is confirmation, should anyone need it, that Russian leader Vladimir Putin was not simply hiding behind euphemisms when he announced, not a war of aggression against Ukraine, but a so-called ‘special military operation’.

Putin first classified as secret information about Russian military losses during “special operations in peacetime” in a decree from 28 May 2015.  That enabled the concealment of Russian defence ministry military losses in wartime, and in peacetime during special operations.  No definition was ever provided of what was meant by a ‘special operation’, nor was it clear from the decree what actual information was to be regarded as state secrets.  Until February 2022, Russia had consistently tried to deny the involvement of Russian forces in Ukraine and had used heavy pressure on the families of those Russian military killed to keep silent. Human rights lawyers and activists, including some who had faced attacks or persecution for exposing Russian aggression against Ukraine, tried to challenge the decree, but it was eventually upheld by Russia’s increasingly political Supreme Court.

If Russia had earlier tried to conceal its direct military engagement and control over the conflict in Donbas, that changed on 24 February 2022.  yet the open invasion, bombing, carnage and virtual razing to the ground of whole cities were still all referred to as “a special military operation”.

It was clear even back in April that the Russian defence ministry was eager to conceal information about those killed in Ukraine and their families. There has also been enormous secrecy about the downing of the Moskva battleship on 13 April, and the number of men, many of them conscripts, who died.  Dmitry Shkrebets, whose conscript son Yegor was on Moskva, insisted on speaking out and has since reported facing FSB interrogation, supposedly on suspicion of sending a bomb threat.

On 7 June, the Russian defence ministry included those on Moskva as ‘participants in the special military operation’.  This is despite Russia refusing to acknowledge that the battleship was actually hit and sunk.  That is, however, a minor detail given the draconian censorship and new legislation brought in since Russia began its full-scale invasion, making it unlikely that Russian media will want to probe a subject that could get them prosecuted for ‘discrediting the Russian armed forces’.  The inclusion of the men on Moskva in the list of participants does, of course, have the advantage to Moscow that the men’s identity and fate can be treated as a ‘state secret’.

The ruling on 6 June was from the Svetlogorsky Municipal Court in the Kaliningrad oblast and was in response to an application from the Russian military prosecutor to have a list of Russian soldiers who had been killed in Ukraine on the website 60.ru declared “information banned for circulation in the Russian Federation”.   The representative present from Russia’s effective censor, Roskomnadzor, supported the application.  The court concluded that the information reveals military losses “during wartime, peacetime during the holding of special operations” and that such information was a state secret whose divulgence could lead to criminal liability.  Russian media are reported to be hastily deleting all such lists and blocking commentary options that could lead to the information being ‘divulged’.

Ukraine estimates that over 31 thousand Russians have been killed in Russia’s total war against Ukraine.  That figure does not, however, include the huge number of Ukrainians from occupied Donbas who have been forcibly mobilized and sent to fight other Ukrainians.  These men are widely believed to be treated as ‘cannon fodder’ and are sent to particularly hot spots without any proper training.