Russia invites Steven Seagal, while blocking the Red Cross from visiting Olenivka prison after killing of 53 Ukrainian prisoners of war 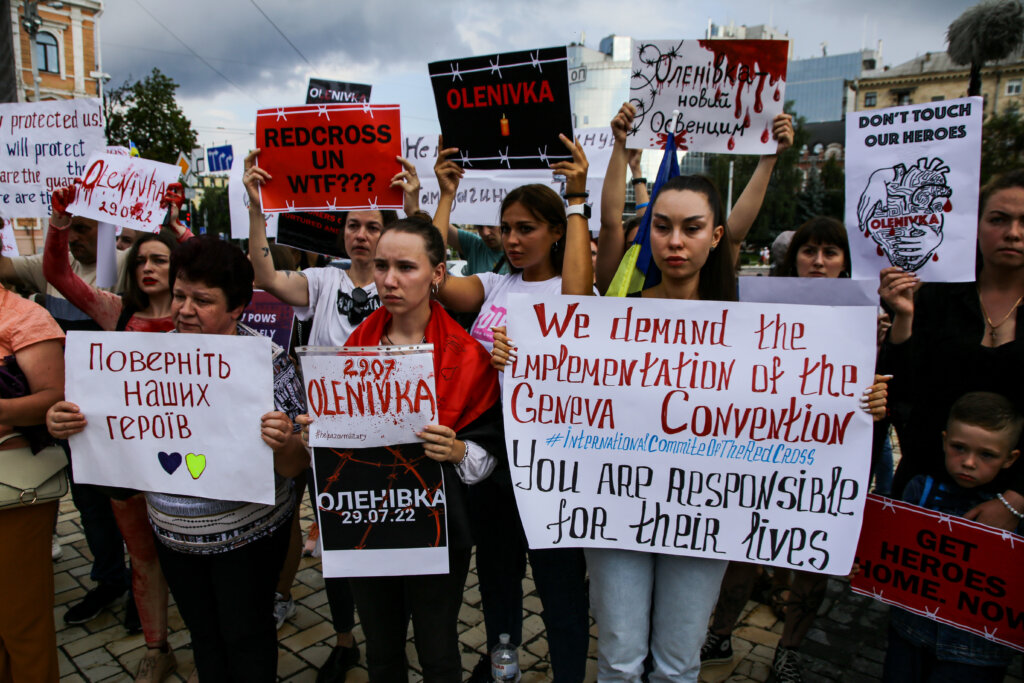 Had the explosion at the Russian-controlled Olenivka prison in occupied Donbas which killed 53 Ukrainian prisoners of war really been the result of a HIMARS-launched Ukrainian missile, there would be no reason for Russia to obstruct an investigation, while, instead, inviting a former Hollywood actor, turned Kremlin apologist for repugnant propaganda shots.  International Committee of the Red Cross wrote on 3 August that they had not been given access to the site, and had not once been allowed to speak with any of the prisoners of war.  There is nothing to suggest that this has changed.  The announcement on 3 August by UN Secretary-General Antonio Guterres of plans to launch a fact-finding mission into the attack is welcome but dangerously little, since they have not even begun agreeing “the terms of reference” for the mission, which Guterres said that both Ukraine and Russia had requested.  Since Russia claimed the day after the explosion that it was ‘inviting’ both ICRC and the UN, scepticism about Russia’s openness to any real fact-finding seems warranted.  Given the serious grounds for suspecting that Russia was behind the deadly explosion, all delays and restrictions are depleting the likelihood of a proper investigation.  Impunity increases the likelihood that other prisoners of war will also be killed or that the Russian military will stage similar explosions to hide the fact that at least some of the POWs in fact died as the result of horrific torture. 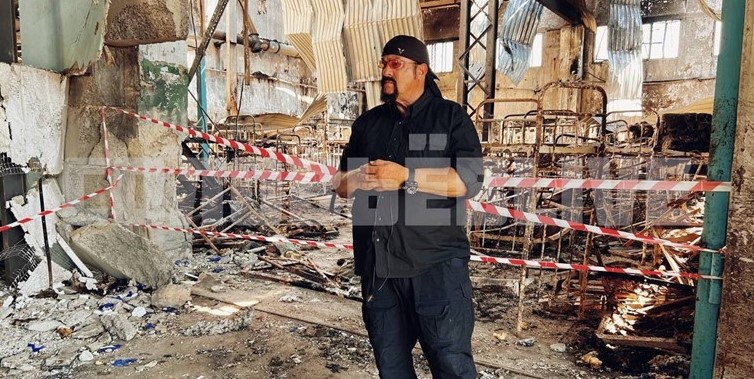 On 9 August, Russian media, citing the Russian proxy ‘Donetsk republic’, reported that another Ukrainian prisoner of war had “died” in captivity.  It was, typically, claimed that this was due to ‘chronic problems’ and supposed drug dependence.  That news coincided with the propaganda shots of Steven Seagal at the scene of the Olenivka crime.  There are clear and unequivocal rules for the holding of prisoners of war, and Russia is evidently violating them.  Given the manifest danger to life at Olenivka, it is small wonder that the families of Azov defenders of Mariupol taken to the Olenivka Prison in May 2022 are angry and believe that the Red Cross are not doing enough.  ICRC may well not have the power, as it has explained, to guarantee the men’s safety.  It did, however, have a very clear mandate, and right, to visit the POWs and check on their condition and help them keep in touch with their families.  Russia is undoubtedly violating international law, as well as agreements brokered in May,  but ICRC could certainly be more active and vocal in publicizing the failure to allow its delegation to visit the POWs.

ICRC says that it visited Olenivka twice in May.  The first time “was to assess the needs of prisoners of war, inside the facility. The second time was to drop water tanks outside the facility.”  Neither then, nor later, did they have access to the POWs, although, as ICRC points out, according to the Third Geneva Convention, they “must be granted access to all POWs, wherever they are held.”

Anna Vorosheva spent 100 days as a civilian hostage at Olenivka, and has told the Guardian’s Luke Harding about the conditions at the prison, and about hearing the screams from prisoners of war being tortured. She recalls the Red Cross visit in May and says that “the Russians took the visitors to a specially renovated room and did not allow them to talk independently to the prisoners. “It was a show,” she said. “We were asked to give our clothes’ size and told the Red Cross would hand out something. Nothing reached us.”

Vorosheva is in no doubt that the explosion on the early hours of 29 July was deliberate.  She told the Guardian: “Russia didn’t want them to stay alive. I’m sure some of those ‘killed’ in the explosion were already corpses. It was a convenient way of accounting for the fact they had been tortured to death.”

Although Russia immediately claimed that Ukraine had bombed its own prisoners of war, it did not make any real attempt to allay suspicions.  Within hours of the explosion, Russia’s UK Embassy had tweeted that the Azov Battalion defenders of Mariupol deserved a “humiliating death” by execution.

The timing was also highly suspicious, with news of the death of at least 53 Ukrainian POWs at Olenivka coming soon after publication on the Internet of a horrific video showing a Ukrainian prisoner of war being castrated by a Russian ‘soldier’.  In commenting on the video, Ukrainian human rights defenders suggested that Russia was deliberately inducing fear among their own soldiers so that they did not surrender.

Ukraine’s Military Intelligence [HUR] suggested initially that the killing of the Ukrainian POWs was a deliberate act organized by the notorious Wagner ‘private military company’ mercenaries on the instruction of Yevgeny Prigozhin, that had not been agreed with Russia’s defence ministry.  On 3 August, HUR reported further details, stating that the so-called ‘interrogations’ of the POWs had been carried out by the Russian proxy ‘Donetsk people’s republic security ministry’ together with Wagner unit mercenaries and members of Russia’s FSB [security service].  The primary aim of such measures was to torment, degrade and demoralize the POWs, not to obtain information.  The FSB wanted to produce propaganda videos, with the prisoners of war shown ‘confessing to crimes, atrocities against the civilian population; retracting their views and condemning Ukraine’s leadership’.   The FSB, it should be said, has been using torture for such videos in both occupied Crimea and Donbas since 2014.

HUR asserts that Russia never planned to exchange the POWs and deliberately killed them in order to conceal the appalling conditions they were held in and the methods of ‘interrogation’ used, with these able to be used as evidence in international courts.

Almost two weeks have elapsed since the explosion and there is nothing to suggest that any international investigators, whether from ICRC or from the UN, have been given access to the scene, to the bodies of the victims and to surviving prisoners of war.

There have been media probes, such as those from the Guardian and Washington Post which cannot replace an on-the-scene inspection, but do point to the discrepancies in Russia’s claims.  WP, for example, consulted six military experts who said that the available satellite images of the destroyed building at Olenivka “appear inconsistent with a HIMARS-launched attack”.   The WP study also addresses, and appears to provide evidence for, the allegations that the Azov defenders had been deliberately moved to the building shortly before the explosion.  WP cites a US intelligence report as suggesting that “Russia will fabricate evidence to pin the blame for the killings on Ukraine, including by planting ammunition from a HIMARS.”

Judging by previous activities by the Russian FSB and military, it is quite likely that they will come up with ‘witnesses’ who will have been tortured or threatened into producing ‘testimony’ on video, confirming the Russian version.

And, it transpires, even after the horrific carnage and atrocities that Russia has been committing since the beginning of its full-scale invasion, there remain tarnished ex-celebrities, like Seagal, who can be brought in as propaganda props.