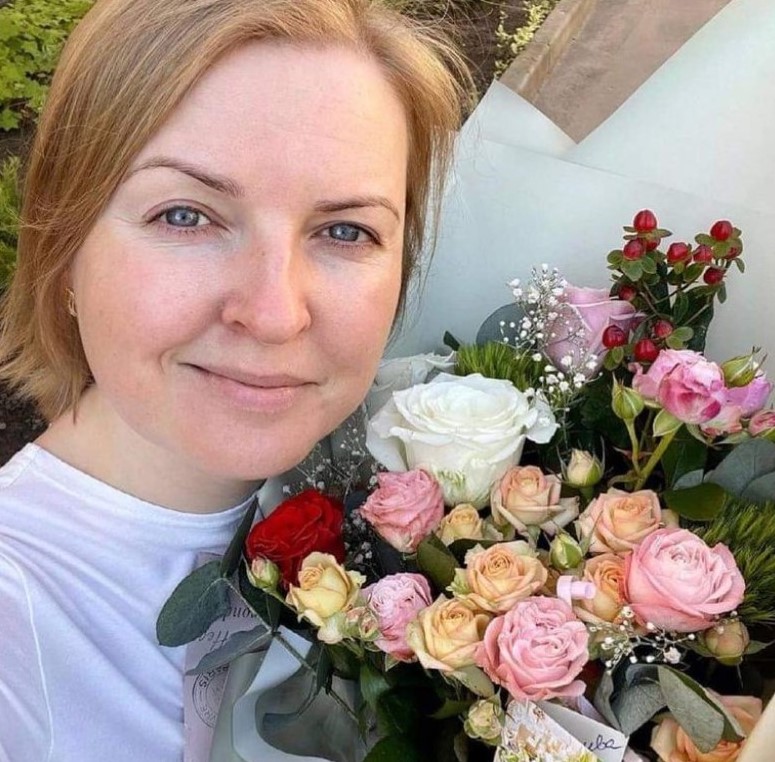 Iryna Horobtsova, abducted from her home in Kherson on her birthday

It is three months since Iryna Horobtsova was seized by the Russian invaders who have brought abductions, torture and terror to occupied Kherson.  She is almost certainly held by the Russian FSB,  with the latter accusing a Ukrainian citizen of obstructing Russia’s illegal invasion of Ukrainian territory.

The Russians burst into the home Iryna was living in with her parents on 13 May, her 37th birthday.  They removed computer technology, telephones and took Iryna away.  They claimed that she would shortly be released, but she has not been seen since, though she was allowed one very brief call to her parents that same evening.

Before Russia’s full-scale invasion, Horobtsova worked for an IT company, testing software, and was also a blogger.  Her parents refused to leave Kherson after the Russian invasion, and for a long time Iryna also hoped that the occupation would end, and that the Ukrainian Armed Forces would soon liberate the city.  According to at least one friend, she had decided to leave, but the preparations had constantly been delayed, and she had decided to wait until after her birthday. Olena Horobtsova has told the Media Institute for Human Rights [MIHR] that, after the war began and problems arose with transport, her sister began helping the medics who lived outside Kherson to get to work.  She collected money and passed it to the blood transfusion centre and also bought whatever medicine she could obtain.  She held strongly pro-Ukrainian views, which she expressed openly, including on social media pages which have now been blocked, almost certainly by her captors.

In any area that the Russians have occupied since 2014, pro-Ukrainian views have been enough to get a person targeted.  MIHR, however, also explains that Iryna had begun living with her parents after the invasion began, and their balcony looks out over the airport at Chornobaivka.  This airport became very well-known in Ukraine, and the subject of Internet memes due to the Ukrainian Armed Forces’ multiple successful attacks on the Russians who had seized control of it.  Each such attack would send the Russians hunting for somebody to blame.  They would appear to have seen Horobtsova on this balcony, and have decided that she was  directing Ukrainian fire on the Russan positions.

Iryna’s father approached the Russian FSB, asking them to look for her.  He eventually received the following response.  “The person is held in Simferopol and therefore there are no grounds for a search since she is in custody there. However the person resisted the special operation and therefore, after the end of the special operation, the appropriate measures will be applied to her.”

In Simferopol, both Iryna’s father and well-known Crimean lawyer Emil Kurbedinov were told that she is not in the SIZO [the remand prison].  Kurbedinov believes she was held there for a while, but there is no information as to where she has been taken.

These tactics are nothing new and in the occupied parts of the Kherson oblast there have been mass abductions, with Russia seeking in this way to crush Kherson residents’ resistance to the invaders and to terrorize the population.

The invaders have abducted several elected public officials, including, most recently, the Mayor of Kherson, Ihor Kolykhaev. As well as officials, the Russians have targeted journalists; civic activists; volunteers and people they believe to be linked with Ukraine’s Armed Forces or members of their families.  At least two Ukrainians Denis Myronov and Vitaliy Lapchuk were savagely tortured to death.  It is clear from the testimony of former hostages, like 60-year-old Viktor Maruniak, the Village Head of Stara Zubrivka in Kherson oblast, that the FSB is involved, and is using all of the methods of torture, including electric shocks, used since 2014 in occupied Crimea. One of the motives for horrific torture is propaganda, with Ukrainians like Andriy Horshkov, tortured into making insane ‘confessions’ on video.

There is a large Crimean Tatar population in the Kherson oblast, which Russia seems to be particularly targeting.   One of the forms of political persecution used in occupied Crimea has been extraordinary charges of involvement in a peaceful civic initiative (called the Noman Çelebicihan Battalion, though this is not an armed formation) which is entirely legal in Ukraine.  If, before Russia’s total invasion, Russia targeted Crimean Tatars living in occupied Crimea, since then ten men, including Oleksiy Kiselyov, a retired naval captain and the former commander of the Ukrainian Navy’s Slavutych Command Ship,  have been either abducted from the Kherson oblast or seized at the administrative crossing into Crimea.  All have been charged with ‘involvement’ in this peaceful organization which has long ceased to exist, and face long sentences on preposterous charges.