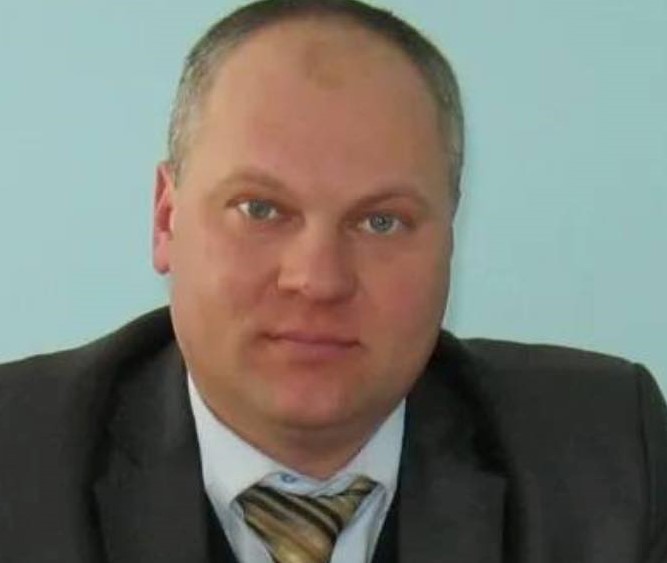 Armed Russians burst into the home of Dmytro Liakhno, Head of the Hornostaiivka Hromada in Kherson oblast, in the morning of 3 August.  He was savagely beaten, and then taken away with a bag over his head.  Liakhno is one of several Ukrainian local leaders who were abducted after refusing to collaborate with the invaders, and whose whereabouts remain unknown.  Russia’s aims with such enforced disappearances are brutally clear.  They want to terrorize others into subjugation (or flight) and to install any nonentity, however ill-qualified, as long as they are willing to collaborate and do what they are told.

According to the Kakhovska City Territorial Hromada who first reported Liakhno’s abduction, the Russians also seized a volunteer, Oleksandr Slisarenko

Artur Prikhno from the Media Initiative for Human Rights has spoken with Olena Liakhno about her husband’s abduction.  The Russians appeared around 6.30, when she and her husband had just got up and were sitting, drinking coffee. There were up to ten Russians, all armed and in balaclavas and glasses. She assumes that they were from Russia’s Rosgvardia.   They burst in, shouting to lie on the floor, before swarming the house and rummaging everywhere.  Her plea that there was a small child in the house was ignored.

She went outside and found her husband forced to the ground with machine guns to his head.  When she pleaded with them to not hurt him, they told her to “shut your mouth” and get inside.  From inside the house, she could hear Dmytro being beaten.

While this was purportedly a search, during which the invaders removed telephones and Liakhno’s briefcase, the Russians were clearly not averse to banal robbery, and pocketed bank cards and money.  They also forced Olena to give them the keys of their car and the key to the safe where they found, and took away, a rifle.

One of the men came in and stared at her.  She says his behaviour was odd, and suspects that he had taken such kind of drugs or similar.  He demanded to know why she was “snivelling”.  She asked what he expected when they were taking away her husband and her child’s father.  The man repeated “don’t snivel”, but did, at least, leave.

Dmytro Liakhno had remained in his community, while firmly refusing to collaborate with the occupation regime.  The Ukrainian flag had remained raised over the administration building throughout the months of Russian occupation, with Liakhno and his colleagues working in full accordance with Ukrainian legislation.  According to Olena Liakho, her husband effectively replaced the enforcement agencies who all left after the full-scale invasion.  Residents would come to Liakhno with any issue and he would try to help.  Olena knows of at least three cases where the invaders threatened her husband and believes there may have been other occasions that he did not tell her about. According to Olena, when the Russians tried to get her husband to collaborate, he told them that “here in Hornostaiivka and in other villages, Ukrainian flags are flying because that’s what people want.  This is Ukraine, I am a Ukrainian and here everybody is pro-Ukrainian”. In response, they said that people would come for him and that he would be more compliant.”   It is now over a month since he was seized and Olena’s efforts to at least ascertain her husband’s whereabouts have been fruitless.

A Hornostaiivka resident spoke with the Centre for Journalist Investigations [CJI} on condition of anonymity.  She says that all the residents were shocked by Liakhno’s abduction, and that she had understood immediately the need to get out.  They had met a huge number of people from their community on their way, and she estimates that more than half the residents have by now left.

CJI reports that the Russians installed a totally unknown pensioner, Yury Hrankin, as their so-called, head of Hornostaiivka.  They also ‘dismissed’ all officials, replacing them “with local failures turned collaborators who ensconced themselves as ‘heads’ of the occupation ‘pension fund’; ‘police’; ‘hospital’ and other institutions. While those who can, try to leave for government-controlled Ukrainian territory, escaping from the bloody ‘Russian world’”.  CJI’s source stressed that none of those individuals installed by the invaders enjoyed any respect from the population. “You get the impression”, she says, “that they chose the worst of the worst.”

Some of those they installed may well have always had pro-Russian views, but it seems likely that they were also allured by the chance of top posts that would otherwise have been closed to them, and at the power they can wield over others.  The Russians, for example, ‘merged various clinics’, and appointed as their supposed head Roman Poltavets, a gynaecologist from the local hospital.  He is said to have threatened to report to the invaders those of his colleagues who refused to collaborate with the enemy and to have been responsible for flying a Russian flag over the hospital.  Yury Hrankin, whom the invaders installed as ‘head’, also proved ‘loyalty’ to his new paymasters by destroying the Ukrainian trident on the central square of Hornostaiivka and erecting a Russian flag.  CJI reports that the invaders later also erected a monument to Vladimir Lenin.

Qualifications are clearly not required by those who demonstrate willingness to collaborate.  The Russian-appointed ‘secretary to the head’ of Hornostaiivka, Liudmyla Myronets, was formally a waitress in a local café.  Her father is now working as a driver for the Russian-seized ‘settlement council’, her mother is responsible for issuing various ‘certificates’, and her sister, Iryna, a former cleaner, has been installed as ‘accountant’ for the occupation ‘pension fund’.  Seamstress Alla Shetmaniuk, a Russian citizen with temporary residency status in Ukraine, has been appointed ‘head’ of the occupation ‘employment centre’.

In Hornostaiivka, like in other places under Russian occupation, there is no let-up in abductions and disappearances.  On 31 August, the Russians burst into the workplace of Tetiana Ponomaryova and took her away, with a bag over her head. Soon afterwards, they abducted another resident, Serhiy Shypov.

As mentioned, Dmytro Liakhno is one of several leaders of Ukrainian cities and communities whom the Russian invaders have abducted.  Ukraine has managed to secure the release, via an exchange, of some (Ivan Fedorov, Mayor of Melitopol, for example, and Viktor Maruniak, the 60-year-old Village Head of Stara Zubrivka in Kherson oblast).  There are, however, many whose whereabouts remain unknown, including Ihor Kolykhaev, Mayor of Kherson and Oleksandr Babych, Mayor of Hola Prystan (Kherson oblast).

The Russians have killed at least one local leader in Kyiv oblast, and have tortured to death at least two Ukrainians from Kherson oblast:  Denis Myronov and Vitaliy Lapchuk

The torture and abductions in areas under occupation began in February 2014 but have now become even more common and brazen.  They are clearly aimed at terrorizing the local population into silent subjugation and at retribution against local leaders who reject collaboration with the aggressor state’s lackeys.