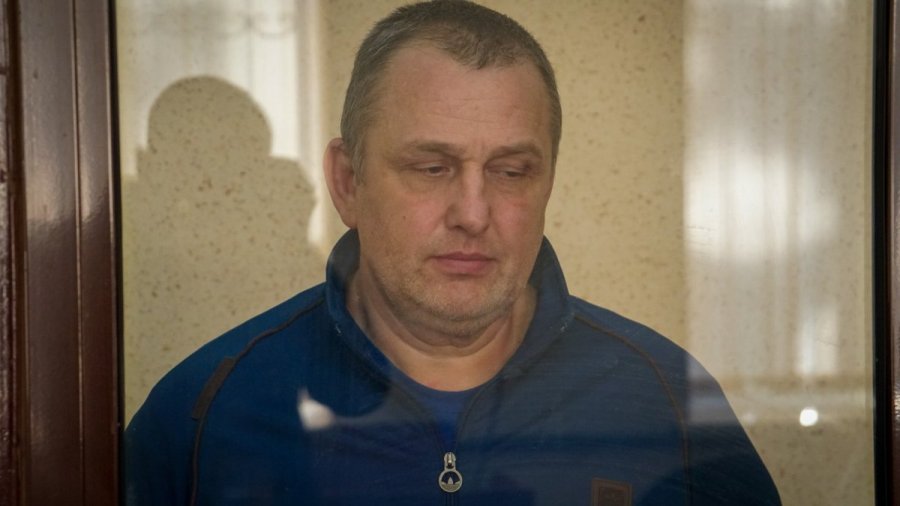 Ukraine’s Crimean Prosecutor has initiated criminal proceedings on war crimes charges against one of the Russian FSB officers who seized and savagely tortured Ukrainian journalist Vladyslav Yesypenko in 2021.  The charges against Denis Korovin are most unlikely to result in the FSB officer serving a just sentence but are important from the point of view of ensuring a Crimean ‘Magnitsky list’ level of accountability for involvement in Russia’s persecution of Crimean Tatars and other Ukrainians.

On 21 November, the Prosecutor General’s Office reported that Korovin had been notified he was under suspicion of violating the laws and practice of war (Article 438 of Ukraine’s Criminal Code). The investigation has concluded that Korovin, a Russian national employed as a senior FSB officer in Russian-occupied Crimea, had carried out the policy of the aggressor state in persecuting those in Crimea with a pro-Ukrainian position.   Korovin is accused both of the above-mentioned crimes under Ukrainian legislation and of violating the prohibitions enshrined in the 1949 Geneva Convention relative to the Protection of Civilians in Time of War (the Fourth Geneva Convention).  While most media and commentators in the West talk as though Russia’s war against Ukraine began in February 2022 (long after Yesypenko was seized and tortured), it in fact dates back to the invasion and annexation of Crimea in February 2014.  Importantly, the International Criminal Court’s Office of the Prosecutor concluded back in November 2016 that the situation with Crimea constitutes an international armed conflict between Ukraine and the Russian Federation which falls under the Rome Statute, and is within the ICC’s jurisdiction.

Vladyslav Yesypenko had been in occupied Crimea for several months, working as a freelance journalist for the Radio Free Europe / Radio Liberty [RFE/RL] Crimean Service ‘Crimean Realities’ when he was stopped by Russian-controlled traffic police on his way to Simferopol on 10 March 2021.  The FSB then arrived and forced the journalist to the ground before carrying out the supposed search of his car and claiming to have found a grenade. The FSB have never provided any kind of explanation as to why they became involved.  Ukraine’s Prosecutor is accusing Denis Korovin of having been the officer who claimed to have found an explosive device and illegally detained Yesypenko, without following any procedural requirements.  He is then accused of having been one of the officers who took Yesypenko to a basement in Bakhchysarai.

As in many other such cases in occupied Crimea, the FSB held Yesypenko for a long time incommunicado, refusing to allow him to see an independent lawyer.  When he finally received such access, and during the ‘court’ hearing on being remanded in custody, he stated clearly that his ‘confession’ to a Russian propaganda journalist had been obtained through torture.  He has since provided a detailed account of the methods used against him by Korovin and other officers from Russia’s FSB.

In the Bakhchysarai basement, the journalist was undressed, thrown to the floor and had wires attached to his earlobes.  An electric current was then switched on, with the pain intolerable.  Yesypenko says that when, at some point, his torturers understood from the reduced intensity of his screams that he was becoming accustomed to the pain, they increased the voltage.

Between bouts of torture, they fired questions at him, demanding that he confess to working for Ukraine’s security service, etc.  If they didn’t like his answers, the torture would resume.  At some point he signed the papers they thrust in front of him.  They also forced him to take part in an ‘interview-confession’, saying that he had spied for Ukraine’s Security Service [SBU].

He was prevented from seeing a proper lawyer for around a month, almost certainly to ensure that the torture marks were not formally recorded.  It was only during the first hearing, on 6 April, that the journalist was able to formally reject the services of the ‘lawyer’ foisted on him, Violetta Sineglazova and state that he had been tortured, and that he wished to be represented by independent lawyers.  Even without formal fixation of the torture, there would otherwise have been no reason to hide the journalist.  Yesypenko’s own account of his treatment also accounts for the discrepancy between his apparent ‘confession’ and the actual charges. The announcement from the FSB on 16 March 2021 claimed to have “broken up spying and sabotage activities for the Ukrainian Security Service by Russian citizen Vladislav Yesypenko.”, and this was what he was shown ‘confessing’ to on Russian-controlled television.  In fact, the actual activities described in the FSB report were those of any journalist, with Yesypenko having “taken photos and video footage of infrastructure and places where there are a lot of people in the republic of Crimea”.

Yesypenko was represented by Taras Omelchenko, as well as a Russian lawyer, Dmitry Dinze, and with Archbishop Klyment (Head of the Ukrainian Orthodox Church in Crimea) acting as civic defender.  In an important interview, Dinze compared prosecutions like that against Yesypenko in occupied Crimea, with cases he saw in Russia.  You have the impression, he said, that in occupied Crimea, FSB officers have so little fear of the law and of accountability that they prepare the prosecutions and operational material straight away, based on whatever crime they plan to charge the person with.  No complaints of torture have ever led to anything but further persecution against those lodging the complaints (and, increasingly, their lawyers), and Russian-controlled ‘prosecutors’ and ‘judges’ play out the roles clearly demanded of them.

On 16 February, 2022, ‘judge’ Dlyaver Berberov from the occupation Simferopol District Court sentenced Yesypenko to six years’ imprisonment.  This was, certainly, less than the 11 years demanded the day before by ‘prosecutor’ Yelena Podolnaya, but was still a grotesque miscarriage of justice given the gross violations and evident falsification.  The defence had for example, demonstrated beyond any doubt that the allegedly found explosive did not fit in the glove compartment where they claimed to have ‘discovered’ it.

On 18 August 2022, the occupation ‘Crimean High Court’ reduced the sentence by one year with the reason given truly incredible.  It claimed that the ‘testimony’ obtained with the use of electric shocks and savage beating, which Yesypenko had retracted, had “actively helped solve the crime”.

There are very strong grounds for prosecuting and sanctioning all of those ‘investigators’; FSB officers; ‘prosecutors’; ‘judges’, etc. who help Russia fabricate politically motivated trials of Ukrainian citizens in occupied Crimea.  All of us can help political prisoners like Vladyslav Yesypenko and fellow journalists Nariman Dzhelyal; Remzi Bekirov and others by both publicizing their cases and asking politicians in your country to seek sanctions against their persecutors.