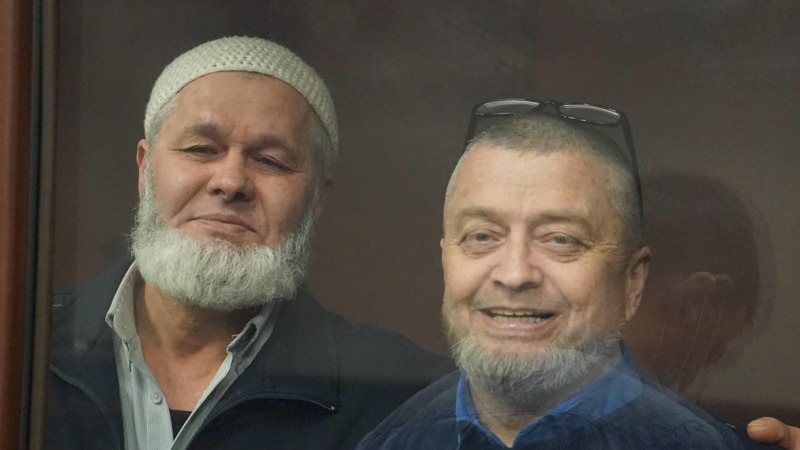 The last of five cloned ‘trials’ of 25 Crimean Tatar civic journalists and activists is coming to an end in Rostov, with a Russian prosecutor demanding convictions without any recognizable crime and horrific sentences.  The most shocking are the 13-year sentence which the prosecutor has demanded against 60-year-old Dzhemal Gazarov and the 13.5 years in the case of Servet Gaziev (62), despite dangerously poor health and conditions that, even according to Russian legislation, should have precluded any detention. 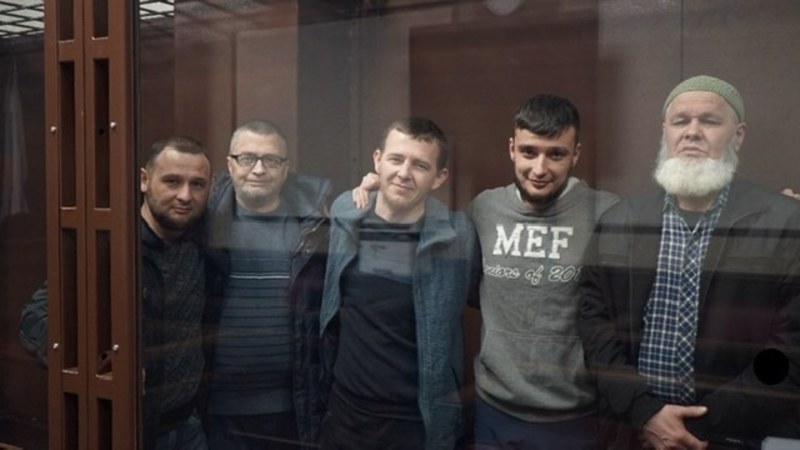 On 6 December, Russian prosecutor Alexander Bondarev initiated the final ‘debate’ phase of the ‘trial’ by claiming that the five men’s ‘guilt’ had been proven, although the only ‘evidence’ against any of the men had been provided by ‘secret witnesses’ and innocuous conversations which had been illicitly taped by the Russian FSB over three years before the men were arrested.  He demanded 13-year sentences against Dzhemil Gafarov, Alim Karimov; Seiran Murtaza and Erfan Osmanov, and 13.5 years against Servet Gaziev. In all cases, the sentences are for the harshest of Russian penal institutions, with the first five years in a prison, the absolute worst.  The sole ‘concession’ to the fact that Gafarov, even according to Russian doctors, has invalid status and should not be imprisoned, was a reduced term of restricted liberty ‘after the main sentence’ (as opposed to the 2 years demanded in Gaziev’s case, and 1.5 years in the case of the three others).  Bondarev must have understood that he was demanding sentences that at least two of the men have essentially no chance of surviving.

In Dzhemil Gafarov’s case, this is not some unrealistic demand for human decency from the prosecutor and the ‘judges’ from the notorious Southern District Military Court in Rostov.  Adherence to Russian legislation would, in fact, have been sufficient since it has been clear since Gafarov’s arrest on 27 March 2019 that he has conditions that Russia acknowledges are incompatible with detention.

This is, however, a political prosecution, and even Russian doctors have largely lacked the courage to state clearly that Gafarov’s detention is both life-threatening and in breach of the law.  In June 2022, Gafarov once again ended up in a prison hospital with the doctors finally acknowledging that he should not be in detention.

Third level hypertension is listed in the Russian government’s own Resolution No. 3 on medical conditions which are incompatible with detention.  Gafarov had received no treatment as such in the hospital but at least the doctors finally admitted how grave the situation is.

Back in November 2019, Olga Mazurova, the Russian doctor who initiated a petition calling for Gafarov to be released from custody, had warned that Gafarov’s condition was typical of a person in pre-dialysis stage.  Connection to a dialysis machine would remove the waste products and excess fluid from his blood, which the kidneys are unable to do.

All of this was ignored before and, incredibly, even after the doctor’s medical report. On 27 October 2022, Gafarov even suffered an entirely foreseeable heart attack, yet the ambulance team that arrived did not prescribe any proper treatment or insist that he be hospitalized.  Gafarov informed the court of this on 7 November, explaining that he was suffering excruciating pain in his joints.  Onapenko not only failed to order his release from detention, but refused to even reduce the number of hearings to one a week so that Gafarov could get over the extra strain of having to walk upstairs, sit for a long time in one position, etc.

Servet Gaziev did not have disability status before his arrest in March 2019, but he is not a young man, and had various medical issues which have been gravely exacerbated by the appalling conditions of detention in occupied Crimea and Russia.  He almost certainly suffered a micro stroke on 28 June 2022, however no action was taken by the SIZO [remand prison] administration.  After veteran Russian human rights defender Lev Ponomaryov filed a formal demand for information about Gaziev’s state of health, he was told that this was ‘confidential’ medical information, but that his state of health was “satisfactory” and that he did not require urgent medical care and hospitalization. So ‘satisfactory’ that virtually every court hearing has had to be adjourned in order for ambulances to be called for Gaziev, as well, very often, as for Gafarov. The SIZO staff simply pump Gaziev full of painkillers, a practice that Gaziev’s sister, Svitlana Ablyamitova, a doctor by profession, says is extremely dangerous, especially since her brother has constantly complained of acute stomach pain.  One of the ambulance doctors earlier concluded that Gaziev was suffering from chronic cholecystitis - an inflammation of the gallbladder, causing abdominal pain, vomiting and possibly fever.

Far from treating Gaziev’s medical condition, the staff in one prison hospital actually took part in beating Gaziev and forcibly cutting off his beard after he refused to ‘vote’ in the rigged stunt that the regime in Russia calls parliamentary elections.

All the five men in this ‘trial’, as well as 20 other Crimean Tatar civic journalists and / or activists arrested on 27 March 2019 (or shortly afterwards) are recognized political prisoners.  Their persecution received international condemnation and their release has been demanded by, among very many others, the European Parliament and US State Department.  As mentioned, not one of the men is accused of any recognizable crime, merely of supposed involvement in an organization which is legal in Ukraine.  Hizb ut-Tahrir  is a peaceful transnational Muslim organization which is not known to be involved in terrorism anywhere in the world, and the Supreme Court ruling in 2003 that declared it ‘terrorist’ has never been properly explained. There is no evidence that the men were actually involved in Hizb ut-Tahrir, but this is no problem for Russia’s ‘justice system’ which uses FSB-loyal ‘experts’ to find ‘proof’ of involvement in a harmless word or in conversations (from 2016!) about repression in Russia, about courage, etc, as well as secret / anonymous ‘witnesses’ whose ‘testimony’ cannot in any way be verified.

Since 2016, the FSB have been using ‘Hizb ut-Tahrir’ charges in occupied Crimea as a weapon of repression, especially against civic journalists and activists from the Crimean Solidarity civic initiative. As Human Rights Watch pointed out shortly after the arrests on 27 March 2019, “the sweeping arrests in Crimea aim to portray politically active Crimean Tatars as terrorists as a way to silence them”.  The same point was made by the Memorial Human Rights Centre, which declared all of the men political prisoners.

All of this is know, and has been ignored by prosecutors Alexander Bondarev and Igor Nadolinsky, and, at least thus far, by presiding ‘judge’ Valery Opanasenko; Andrei Zarya; and Stanislav Zhidkov.

Please write to one or more of the men!

The more letters they receive, the more Moscow will understand that its torment of men like Dzhemil Gafarov and Servet Gaziev is under scrutiny.  Letters need to be in Russian, and on ‘safe’ subjects.  If that is a problem, use the sample letter below (copying it by hand), perhaps adding a picture or photo. Do add a return address so that the men can answer.  The addresses can be written in either Russian or in English transcription.  The particular addressee’s name and year of birth need to be given.