‘I believe the war will end soon, and everything will be fine’‘My husband and son were injured during an airstrike’‘I fell face down into the glass and covered my head with my hands’‘My brother and weakened mother were left in the middle of the street’ — stories from Izium‘In Sloviansk, we watched out of the window as people held up the train tracks with crowbars so we could pass through’ She was about to turn 53. A citizen of Trostianets speaks about his wife’s detention and murder‘Five people were killed there, including a pregnant woman’‘Grandfather was thrown a hundred meters away by the blast wave’‘There was nothing left of the neighbor, only shoes...’His mother was shot, and the place of work was destroyed — Russian occupation harshly affected the life of Trostianets resident Serhii Pentin‘War on four paws’ — personal battle of Serhii Neboha‘For all the evil they have done, they will be held accountable before God!’
• Voices of war

— What was the first day of the full-scale invasion of the Russian Federation like for you?

— For some reason, I wasn't scared. On the contrary, in my heart, I believed and knew that we would survive everything.

— What happened in Borodianka in the early days?

— People like me probably believed everything would be fine and did not want to leave their homes.

— When did the Russians enter Borodianka?

— On the first of March, they were “passing through” here. We live on Central Street, and all the vehicles drove past us. We did not spend the night in our apartment from the first to the second of March. When we returned, we saw absolute horror.

I don't want anyone to see this as it was so frightening. All windows and doors were broken, everything was torn apart like a soul torn apart, and it was horrifying to look at it.

The corpses lay around, and we did not know where to step. So then we took everything we could from our apartment.

— How did your house get damaged, and were there any dead?

— No one died in our building. A guy from a neighboring house died during the shelling. It is noteworthy that all the bombs the Russians dropped on Borodianka were so accurate that there were no craters around the buildings. There were only ruined houses.

The neighboring house was severely damaged. Many people died there. The corpses lay on the street, and we found arms, legs, and heads scattered around. Then the dogs pulled the remains into the courtyard. There were a lot of them.

— Did Russians commit war crimes against civilians during the occupation of Borodianka?

— Many said that in the first days of the war, the Russians shot people they noticed.

Also, I heard. that the Russians came to a house where a family lived and told the man they wanted his wife and would take her away. He began to protest, and they shot him dead in front of his family. And then they shot two of their soldiers so they would not tell anyone about it.

I just remembered that there is a crossing at the exit from Borodianka. Husband, wife, and children lived in the house there. Orcs [Ukrainian name for the Russian army], to be able to control the move, simply went into the house, shot the family, drove a tank into the yard, and said they would live there. They looked for the Nazis, but none were found. So they just killed ordinary people.

— In your opinion, did the Russians deliberately bomb residential buildings?

— I think they did it on purpose as they were afraid that the inhabitants of the houses would throw Molotov cocktails at them. In the early days, I saw how their column traveled between homes along Central Street. The gun of the first tank was directed to the left, and the next pointed the gun in the other direction. Armored vehicles followed and fired at houses from machine guns. 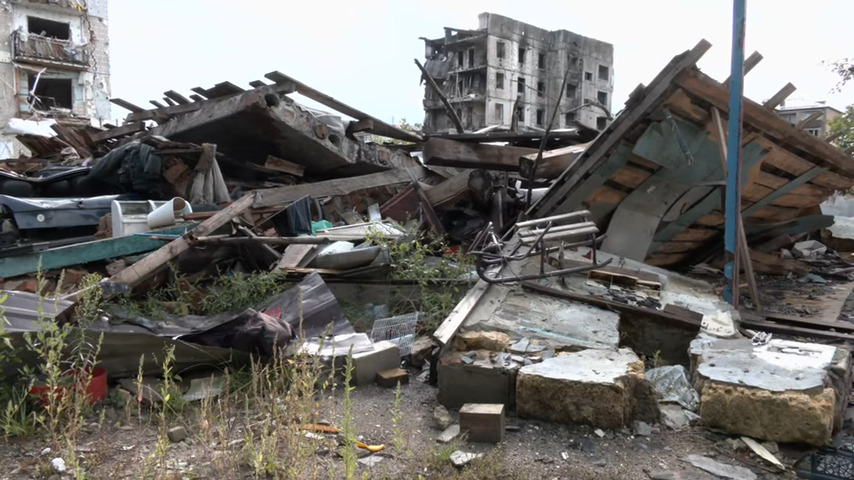 They fired at one house because the guy posted on the Internet photos of Russian equipment in Borodianka. They figured it out and fired at the house.

Then there was this plane. It flew very low, and the rumble was heavy. We stood there saying goodbye. At such moments, you understand that ten steps to the left or right, you will die. There was only hope for God.

We saw through the windows how bombs fell on a neighboring house. It just folded before our eyes; it was gone in three seconds. It was so terrifying that I can't even describe it.

And then the same plane flew again, but in the other direction. And again, we said goodbye, and the house was shaking ... Then they bombed building 371. They did it on purpose, and it was not a coincidence! All eight homes were damaged in this way.

— My apartment was damaged, my daughter's apartment burned to the ground, and the car, the garage, and everything were smashed. Finally, we ended up on the street; the only consolation was that we were alive. Now we appreciate that at least we survived.

— Did Russians loot and occupy apartments in your building?

— I'm sorry, but I saw a dirty toilet when I returned home. Russians took my linens and left their dirty ones. By its size, it was clear that people were small, possibly Buryats. There was a lot of looting. Their officers lived in a neighboring house, and soldiers lived in a private house opposite. So naturally, all the doors in the homes were open: go in and do what you want. 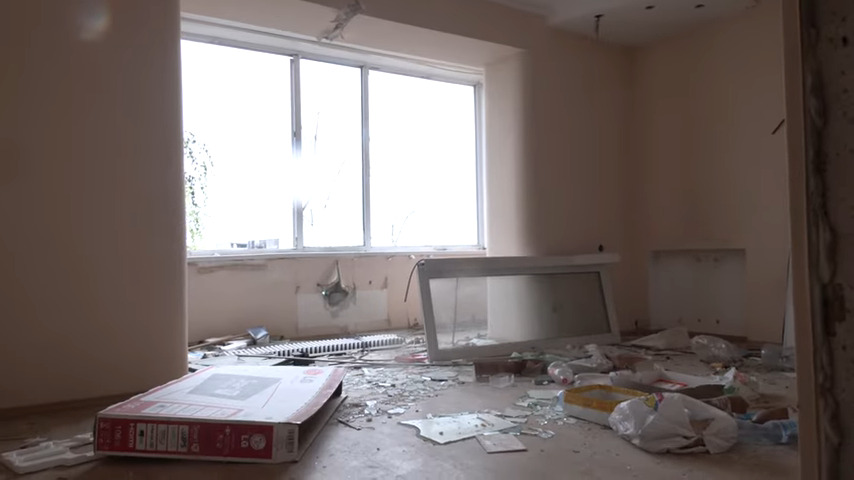 A construction tool was stolen from my husband, and many shoes and clothes were stolen. They even took things our people take for granted.

— Does the state help you now?

— After returning from the evacuation, we received the status of a VPO (temporarily displaced person) because we lost our housing. We applied, and now we get 2,000 UAH per month. They said it was temporary until we received new accommodation.

— What were your emotions when you returned home from the evacuation?

— I cried for the first four months. Then, when my husband and I came to the apartment, we thought we could live there if not for the destroyed ceiling and collapsing walls. Also, I wanted to say that the orcs do not know what kind of hard workers Ukrainians are.

We will rebuild everything, and everything will be fine with us. Our military will defeat all enemies.

— I don’t know how the land carries them at all. Well, there is a God on earth. They will get what they deserve. You can't bully civilians and rape children. I think that in the spring, we will win, celebrate, rejoice and rebuild everything. Then, everything will be fine with us. God will help us! 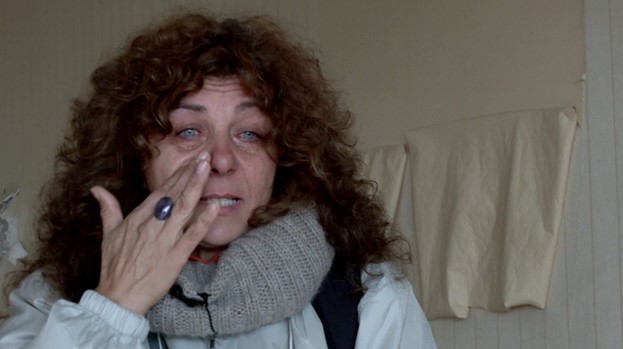 Ninel Chernyshenko, a resident of Borodianka
The article was prepared by the Kharkiv Human Rights Protection Group with the support of the Prague Civil Society Centre
Share this
x