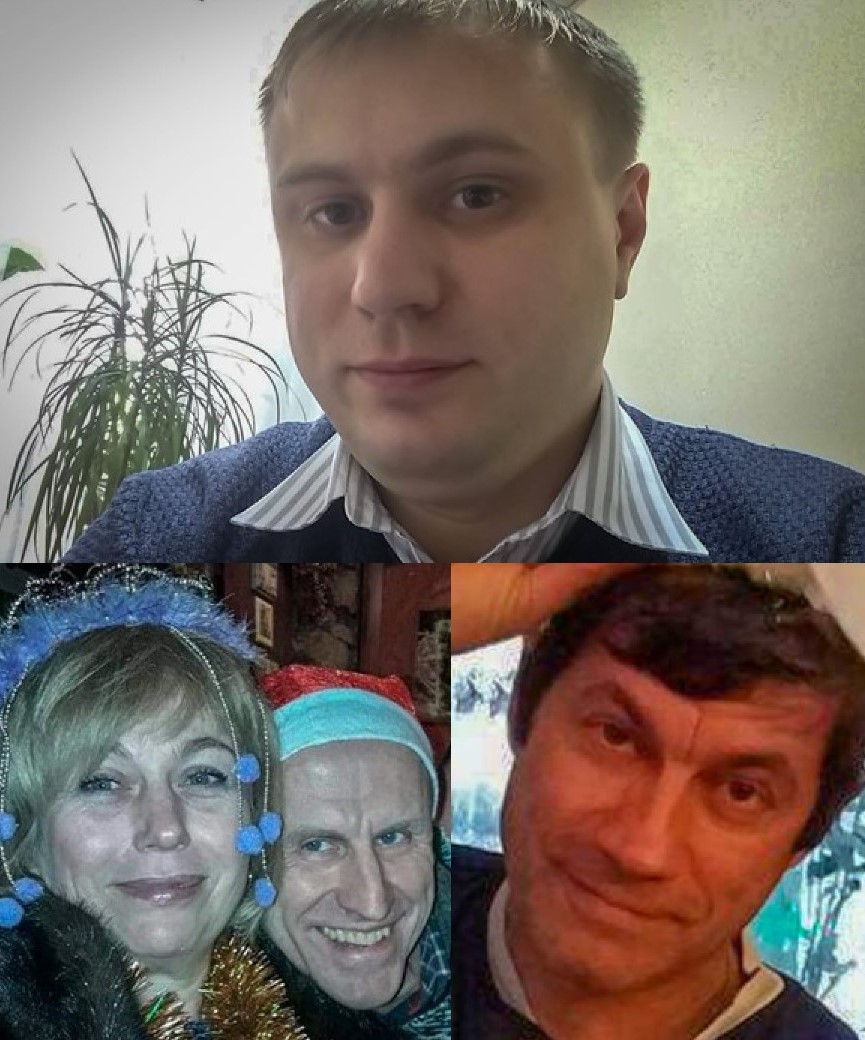 Russia has long used threats to kill, rape or torture family members as a method for forcing Ukrainian political prisoners into signing fake ‘confessions’. Since the full-scale invasion, it has on many occasions turned to abducting several members of a single family.  The Media Institute for Human Rights [MIHR] knows of 11 cases in Kherson oblast alone where the Russian invaders have abducted two or more members of the same family, with the aim of the extra abductions seemingly to put pressure on their main victim.

The Russians initially came for 33-year-old Serhiy Barchuk because of his post as Deputy Head of Ukraine’s Pension Fund for the Kherson oblast.  It was imperative that the invaders did not gain access to the Fund’s database with all its personal data about residents of the area.  According to Nadiya Dekhtiarenko Barchuk’s sister (or cousin), he had, at the request of the management, hidden the computers at his home so that the invaders would not get them.  It was after they released that Serhiy had been seized that his father, Artem Barchuk, stepmother Lidiya Podozerska, and uncle Oleksiy Barchuk, together with a close friend of the family, Oleh Samotoi tried to get the computers out of the apartment into another hiding place, and were themselves taken prisoner.

It is not entirely clear exactly when Serhiy Barchuk was seized by the Russians. The latter burst into his mother Nelya Barchuk’s apartment on the evening of 19 July because Serhiy was registered at that address. He had, however, moved out in May to an apartment owned by his stepmother.  This was just after the Pension Fund officially stopped its work in occupied parts of Kherson oblast, and he clearly needed somewhere safe to hide around 20 computers. He had refused to even give the address to his mother, telling her that it was too dangerous.

Serhiy had worked at the Pension Fund for ten years and was responsible for IT and the running of both the databases and registers.  His mother explained to Graty that her son was well aware that the Russians would be looking for him, but was categorically against any form of collaboration. “He said that he loves Ukraine.  He was born here, studied and works here.  That would seem enough for him to live in Ukraine and support it”.

Serhiy was able to pass a note to colleagues via a cellmate at the end of August.  He explained that he had looked after the premises of the Pension Fund and advised pensioners to the very last, and had then taken the computers to his home, in accordance with the official recommendations of the National Civil Service Agency regarding protection of personal data and important documents.

He explains that he was seized by the Russians near the office.  They took him away and tortured him (through beating and asphyxiation) into disclosing the address where he had taken the computers.  By the time the Russians arrived, some of the computers had been removed by his relatives. He was taken, with a bag over his head, to the apartment where they threatened to continue their torture if he didn’t reveal who had taken the other computers.  In fact, his relatives turned up at that point and were also seized.

This explains the account given Graty by Oleksiy Barchuk’s wife Natalia.  She had become concerned when her husband stopped answering the phone and went in the direction of the apartment.  She saw Lidiya Podozerska in a car, with an armed Russian next to her.  Lidiya managed to say that they had seized Serhiy too, and that he was in the boot.

At the beginning, all were held prisoner in an at an administrative building in Kherson, with a so-called ‘investigator’ arriving to interrogate them from occupied Crimea.

Two days before Kherson was liberated in November, Serhiy Barchuk was placed in the SIZO [remand prison] in occupied Crimea and his family, together with Samotoi, were taken from the city.

Family members have managed to find a lawyer who has spoken with Serhiy Bachuk, from whom he too was told of the torture Serhiy endured.

Natalia Barchuk has been fighting hard to get all the members of her family freed.  She managed, by effectively refusing to move, to obtain a 10-minute meeting with the so-called ‘senior investigator’ Iryna Gorbunovskaya.

This representative of the aggressor state that invaded Ukrainian Kherson said that all of the members of the family were detained “for theft of Pension Fund property”.

The Russians carried out another ‘search’ in October, of the home of Artem Barchuk and Lidiya Podozerska.  Natalia Barchuk was present and notes that the invaders removed a substantial amount of money from the family firm which they did not write down on the search protocol.

It is quite likely that real charges have not been laid.  MIHR, for example, reported that the lawyer had not received any response to his request for information, and that specific charges had not been laid.  Even Russia, after all, is going to have difficulty with determining ‘jurisdiction’, etc. for totally illegal charges against Ukraine protecting Ukrainian Pension Fund property against an aggressor state.

Unlike in some cases, the SIZO administration in occupied Crimea are at least admitting that Barchuk is held there since they accept the parcels of food and other items that a local woman is delivering at the family’s request.

The other male members of the Barchuk family and Oleh Samotoi were initially taken to the police station in occupied Kalanchak.  Their relatives were told by witnesses that they were held in two separate and overcrowded cells.  The latter were designed for two people, however the Russians were holding nine hostages in each.  There were around 60 hostages altogether in the building, with most of them people from Kherson who were also taken from the city by the retreating invaders.  A few were there for what the invaders called ‘re-education’ with this apparently meaning that their incarceration was seen as temporary.

The invaders began abducting civilians as soon as they gained control of Kherson at the beginning of March 2022.  They seldom reveal where they are holding people, and in many cases relatives were unaware that their family members were held at Kalanchak or were unable to organize supplies for them.  The Barchuk family’s relatives organized a collection through social media and managed to get money to buy warm things for those who’d been seized back in the summer, as well as for food.

However then, when those helping the Barchuks’ relatives tried to deliver the latest parcels, they were told that Oleksiy and Artem Barchuk and Oleh Samotoi had been moved to Chonchar (near the administrative border with occupied Crimea.  They had, purportedly, been transferred to a new SIZO or remand prison that the Russians had built there.  In fact, a new SIZO did open after Russia’s full-scale invasion, but in occupied Crimea, with this clearly intended for the huge number of hostages that they have abducted from places in mainland Ukraine that fell under their control.

Lidiya Podozerska has been held separately from the other members of the family since 22 July.  She was first held in the corridor of some building in Kherson where she was forced to sleep on cardboard on the floor.  In retreating from Kherson, the Russians took her to a police station in Chaplinka, also near the administrative border with Crimea.  The local woman who is taking her parcels on the family’s behalf has learned that the women from Kherson held there are all hungry, with the food that they receive just enough to keep them from starving to death.  The guards are stricter and won’t even allow the women to receive toothbrushes and toothpaste.  There is no hot water, let alone a shower.

Russia can concoct whatever fake charges it likes. They cannot change the reality which is that an invading country’s soldiers and security service are abducting and torturing civilians, forcibly taking them from their homes which they are then plundering. All of this bears the hallmarks of war crimes and flagrant violations of international law.