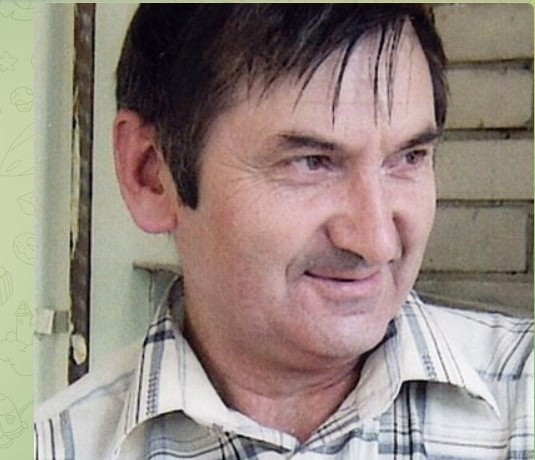 Oleksandr Hunko, a writer, journalist and the Editor of Nova Kakhovka Citi, was seized by Russian soldiers on 3 April, shortly after he published information and a video of the invaders’ brutal dispersal of a demonstration against Russia’s occupation.  Given the torture that a fellow journalist, Oleh Baturin was subjected to, there are serious grounds for concern, especially as Hunko is 69 years old.

Hunko’s daughter reported on 3 April that the armed Russians had first carried out a search of their apartment, because taking her father away.  His whereabouts remain unknown.  Dementiy Bily, Head of the Kherson Committee of Voters of Ukraine, who first informed of the abduction, points out that the raid on Hunko came just four hours after he posted information about the 3 April pro-Ukrainian demonstration in Kakhovka which ended when the Russians began shooting into the air from machine guns and also hurled stun grenades into the crowd.  There were reports of injuries, with people being kicked and beaten.  The report referred to “Russian occupation virtually since the beginning of Russia’s total war against Ukraine” and ended by pointing out that, despite this, residents often hold pro-Ukrainian rallies, demanding that the Russians get out of the city.

All of this was entirely accurate, but also very courageous given the methods that Russia is using,  both against dissent in general, and against those who tell the truth and use the correct terminology, rather than Kremlin euphemisms, about Russia’s war.  On occupied territory, these methods are increasingly including abductions and torture.

As reported, Oleh Baturin, a journalist from Kakhovka, was seized by the Russians on 12 March, shortly after he reposted information about Russian plans to try to orchestrate a so-called ‘referendum’ on forming yet another pseudo ‘people’s republic’. Baturin was released only eight days later, after torture and threats that the Russian would harm his family.

The Russians had already seized a Nova Kakhovka civic activist Serhiy Tsyhipa, and tortured him into calling Baturin and arranging the meeting which was, in fact, a trap.  Baturin told the UK-based Observer that, during the eight days of his captivity, the Russians had brought in lots of prisoners, many of them people who had defended Ukraine in Donbas, and that he had heard them being tortured.

On 4 April, the Head of the Kherson Committee of Voters of Ukraine issued an appeal, in Ukrainian and English, to the International Committee of the Red Cross.  The appeal states that in areas temporarily under Russian occupation, and particularly in the Kherson oblast, the Russian invaders are kidnapping Ukrainians and subjecting them to beatings and torture. While the number of those abducted is unknown, “eyewitnesses give examples of dozens of cases when the occupiers go to people's apartments and houses, conduct illegal searches, grab people, beat them. Peaceful citizens are defenceless against brute force. They are not provided with legal assistance, judicial protection, their basic human rights and freedoms are ignored. The occupiers keep kidnapped people in prison cells in Kherson. The fate of many civilians has been unknown for many days.”

The number of public officials, civic activists and journalists seized by the invaders is increasing all the time.  At present, two journalists – Iryna Dubchenko from Rozivka in Zaporizhzhia oblast and UNIAN journalist Dmytro Khyliuk – are believed to be held prisoner by the invading forces, while a third, Kostiantyn Ryzhenko, has been forced into hiding after the Russians came looking for him.