Russia invites Steven Seagal, while blocking the Red Cross from visiting Olenivka prison after killing of 53 Ukrainian prisoners of warRussian horrific castration of Ukrainian POW was about terror and preventing own soldiers from surrendering Horrific conditions and torture in Russian filtration camp ‘ghetto’ for Mariupol residents Hospital bombed by the Russians at Azovstal as more mass graves found near Mariupol Mass grave near Mariupol could contain up to nine thousand victims of the Russian invaders Russia plans total ‘filtration’ of Mariupol men and forced ‘mobilization’Russia destroys Mariupol and tries to get illegally deported residents to move to Siberia Russia accused of using mobile crematoria to hide its war crimes in Mariupol At least 50 Ukrainians were burned to death in Russia’s bombing of Mariupol hospitals Russian FSB produce ‘refugee’ propaganda video blaming Ukrainian soldiers for Russia"s war crimes in Mariupol Russia continues bombing Mariupol while producing propaganda videos about its ‘humanitarian aid’Russia responds to International Court order to stop bombing Ukraine by destroying Mariupol Theatre sheltering familiesRussian invaders take Mariupol intensive care hospital and its patients hostage Mass graves of the Ukrainian civilians Russia claims it is not killingTerror and abductions as Russia tries to break Ukrainian resistance in Kherson and other occupied citiesUkrainian journalist Oleh Baturin feared abducted by Russian invaders in Kherson oblast Mayor of Melitopol Ivan Fedorov abducted after refusing to collaborate with the Russian invaders Russian priest arrested and prosecuted for sermon opposing Russia’s war against Ukraine Russia effectively admits it deliberately bombed the maternity hospital in Mariupol that killed three patients, including a childRussia brings grotesque propaganda to Berdiansk after Ukrainian journalists refuse to collaborate
• Topics / War crimes 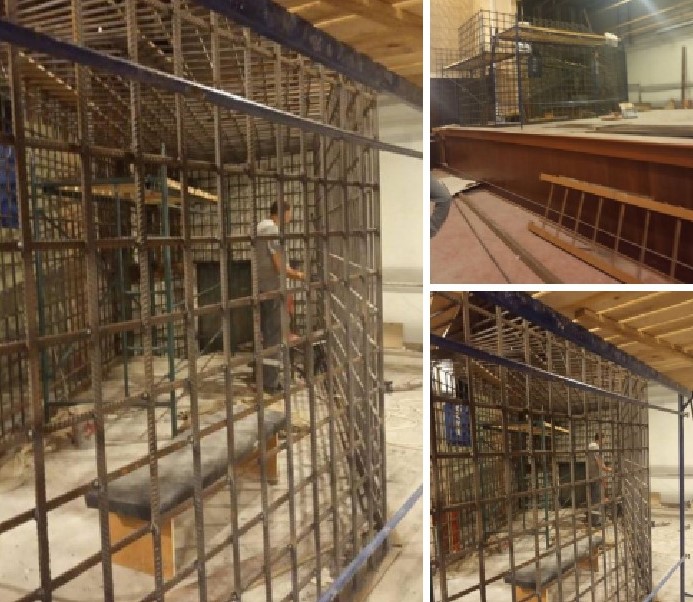 It is a war crime to prosecute prisoners of war for carrying out their duties, yet Russia is planning to stage just such a grotesque ‘trial’ of the defenders of Mariupol whom it took prisoner in May 2022.  This shocking stunt is to be enacted at the Mariupol Philharmonic,  with the men held in cages.  In 2014, Russia, via its proxy ‘Donetsk republic’, deliberately staged a forced march of Ukrainian prisoners of war [POW] through occupied Donetsk, timing it to coincide with Ukraine’s Independence Day.  According to Mariupol Mayor Vadym Boichenko, similar timing may well be planned for this new travesty.

The Mariupol City Council reported on 6 August that the Russian occupiers were planning a so-called trial of Ukrainian defenders in Mariupol.  They posted photos showing the large cages that are being erected on the stage of the Mariupol Philharmonic, one of the few buildings that have survived the months of Russian bombing and shelling.   At that stage, the Council suggested that this ‘show trial’ was planned for some time in September, however Boichenko stated on 11 August that the stunt, which he called a demonstrative act of vengeance, was likely planned for Independence Day on 24 August.  He suggested that, in the absence of success at the front,  they want to present Russians with at least some kind of ‘victory’.

“This judicial travesty is a war crime. After all, there was a specific agreement with the Red Cross and the UN regarding the POWs who had laid down their weapons [on orders from the military command, not of their own choice].  The sides agreed that the POWs would not be put on trial and that they would be moved solely in the direction of Ukraine.”

The Mayor appealed earlier, as have the families of Azovstal defenders, to the international community, the UN and to the International Committee of the Red Cross [ICRC] to intervene and ensure that the prisoners of war are treated in accordance with international law.

Fears are certainly warranted, and have been acute, since the explosion on 29 July that killed at least 53 Ukrainian POWs and injured up to 100 others. Both satellite images and video footage provided by the Russian-controlled militants give serious grounds for doubting Russia’s claim that the men died from an HIMARS-launched Ukrainian missile.  The fact that the men appear to have been moved to the particular barracks, the only building to have suffered, as well as Russia’s refusal to provide access to ICRC have only exacerbated suspicions that the POWs were killed deliberately.

Just as with Russia’s ‘trial’ and death sentences against two British and one Moroccan nationals serving as contract soldiers in Ukraine’s Armed Forces,  Russia is hiding behind the so-called ‘Donetsk people’s republic’ [‘DPR’] for this show trial and the lack of any resemblance to rule of law.

On 9 August, Denis Pushilin, Russian-installed ‘DPR leader’ confirmed on Russian state television that preparations for a so-called ‘tribunal’ were underway, with  “one of the first to be in Mariupol.”

Even before Russia began its full-scale invasion, it was claiming plans to initiate an international ‘tribunal’ against Ukraine.  As in 2014, Russia’s Investigative Committee have been lavishing ‘initiating criminal proceedings’ against Ukrainian citizens.  The country which has razed Ukrainian cities to the ground and relentlessly bombed schools, hospitals and residential areas is threatening to put at least 220 people on ‘trial’ for supposed ‘crimes against peace and human security’.