‘Grandfather was thrown a hundred meters away by the blast wave’‘There was nothing left of the neighbor, only shoes...’She was about to turn 53. A citizen of Trostianets speaks about his wife’s detention and murder‘In Sloviansk, we watched out of the window as people held up the train tracks with crowbars so we could pass through’ ‘My brother and weakened mother were left in the middle of the street’ — stories from Izium‘I fell face down into the glass and covered my head with my hands’‘My husband and son were injured during an airstrike’‘I believe the war will end soon, and everything will be fine’She said goodbye to life when the airstrikes made the houses collapse like a house of cardsHis mother was shot, and the place of work was destroyed — Russian occupation harshly affected the life of Trostianets resident Serhii Pentin‘For all the evil they have done, they will be held accountable before God!’
• Voices of war

‘Five people were killed there, including a pregnant woman’ 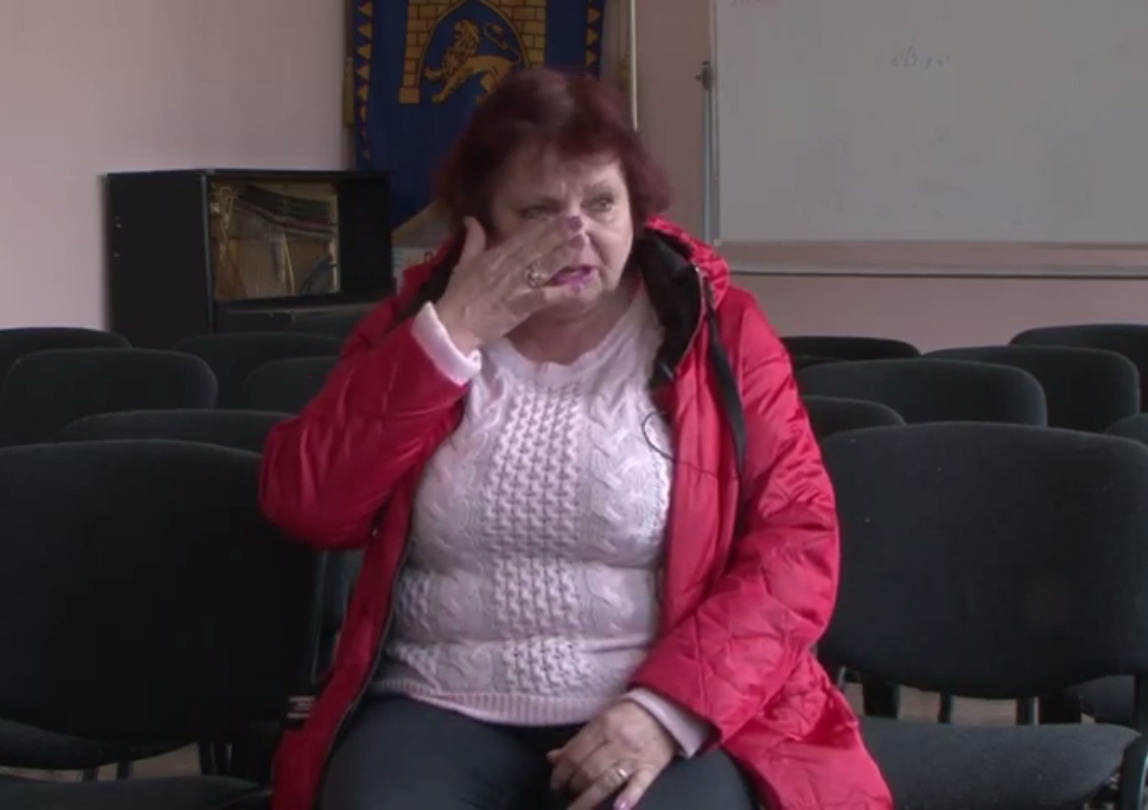 I am sixty-five years old, and I am retired. I came to Lviv from the city of Kharkiv. I was born in the Sumy region — on the border of Ukraine with Russia. Once the Russians used to go to our school, but now they are shooting us...

In 1976, I entered an educational institution in Kharkiv. Then, according to the job placement [Soviet practice of obligatory job placement for college graduates], I went to work in the city of Gorky. Over time, I returned to Kharkiv, got married, and stayed. I worked at a construction site, and when the children were born, I started at a kindergarten as a teacher. Later, I worked at a factory, then in trade, and most recently at a store cash checkout. Now I'm retired. Sometimes I do part-time work. I like embroidery and, as a hobby, I embroider beads. I have a small dacha [summer house], but it is located on the border with Russia, and now the invaders have settled there.

How was your first day of full-scale aggression?

On 24 February, we strolled in Gorky Park and did not think about anything evil. We slept peacefully but woke up in the morning from explosions and phone calls. I did not expect at all that there could be a war. Then, panic began: what, where, and who to call? Finally, my daughter telephoned and said: “Mom, we are going to the bomb shelter. Come on, come with us." However, I decided to stay at home.

Have you seen crimes against civilians?

At first, Northern Saltivka was bombed the most. I also live in Saltivka, but in the older part. Something whistled and flew at night. I went out in the morning and saw shuddered windows and the store destroyed by an explosion. Something was burning along Blucher Street, and there was black smoke. The entire area was in smoke ... I came out to buy something for the grandchildren in the bomb shelter. There was no real food in the stores anymore: some canned food, gingerbread. Every day there were shootings and fires. In our area, a shell fell in front of a school along Garibaldi Street, where my grandson studies. Thank God, it exploded on the road, but eventually, it hit the school.

A shell exploded behind my house. Later, I learned that five people had been killed there, including a pregnant woman.

My eldest daughter had a three-room apartment in Northern Saltivka. A shell hit the building, and I don't know what happened to the apartment. My youngest took a loan before the New Year, but a shell hit her apartment. 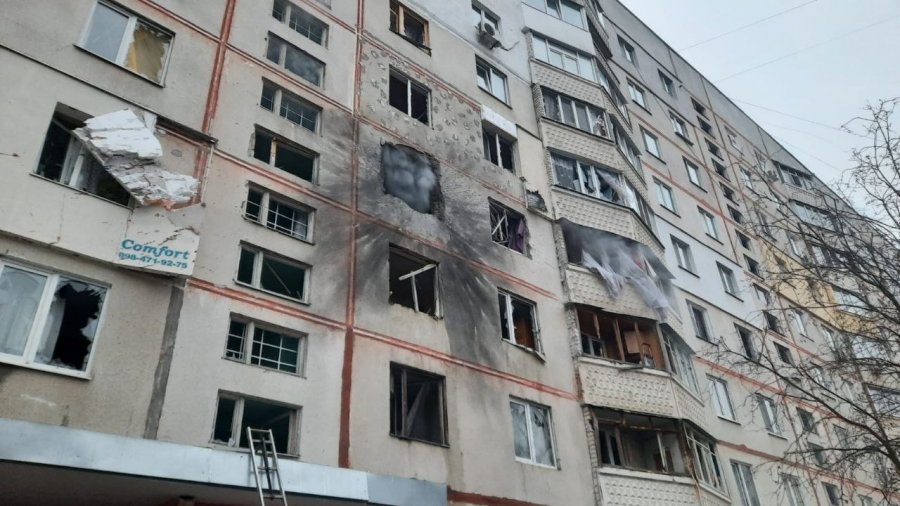 What were the following days like, and when did you leave the city?

For several days the children were in the bomb shelter. Then my daughter called, saying, “Mom, we will be leaving the city.” The children were terrified. I have two granddaughters, five years old each, and a grandson of eight. When they heard sirens, the girls closed their ears, and panic began. Finally, they decided to go, and I went with them. In the morning, I stopped a passing car and got to the bomb shelter. It was on 5 March. From the bomb shelter, our sons-in-law took us by car to the train station. We stood at the station long because many people were leaving. The weather was also terrible: bags stood in the snow, and children covered with blankets sat on them. Maybe for five hours, they sat on the platform like that. Planes were flying over us, but we didn't know whether they were ours or not. It was frightening.

Perhaps you have something to say to the Russians?

I've always been OK with them. But what they have done to our country is simply unbearable! Your sons are dying here, so take them away! Our sons are dying with yours, all because of your idiot Putin. Don't you feel sorry for your children and grandchildren? You are killing innocent people! Do you think kindergartens, schools, shopping centers, and parks are military installations? The Ecopark in Kharkiv was bombed, and the animals were killed! Stop your monster! How long can this be tolerated?