‘Five people were killed there, including a pregnant woman’‘Grandfather was thrown a hundred meters away by the blast wave’‘There was nothing left of the neighbor, only shoes...’‘In Sloviansk, we watched out of the window as people held up the train tracks with crowbars so we could pass through’ ‘My brother and weakened mother were left in the middle of the street’ — stories from Izium‘I fell face down into the glass and covered my head with my hands’‘My husband and son were injured during an airstrike’‘I believe the war will end soon, and everything will be fine’She said goodbye to life when the airstrikes made the houses collapse like a house of cardsHis mother was shot, and the place of work was destroyed — Russian occupation harshly affected the life of Trostianets resident Serhii Pentin‘War on four paws’ — personal battle of Serhii Neboha‘For all the evil they have done, they will be held accountable before God!’
• Voices of war

She was about to turn 53. A citizen of Trostianets speaks about his wife’s detention and murder 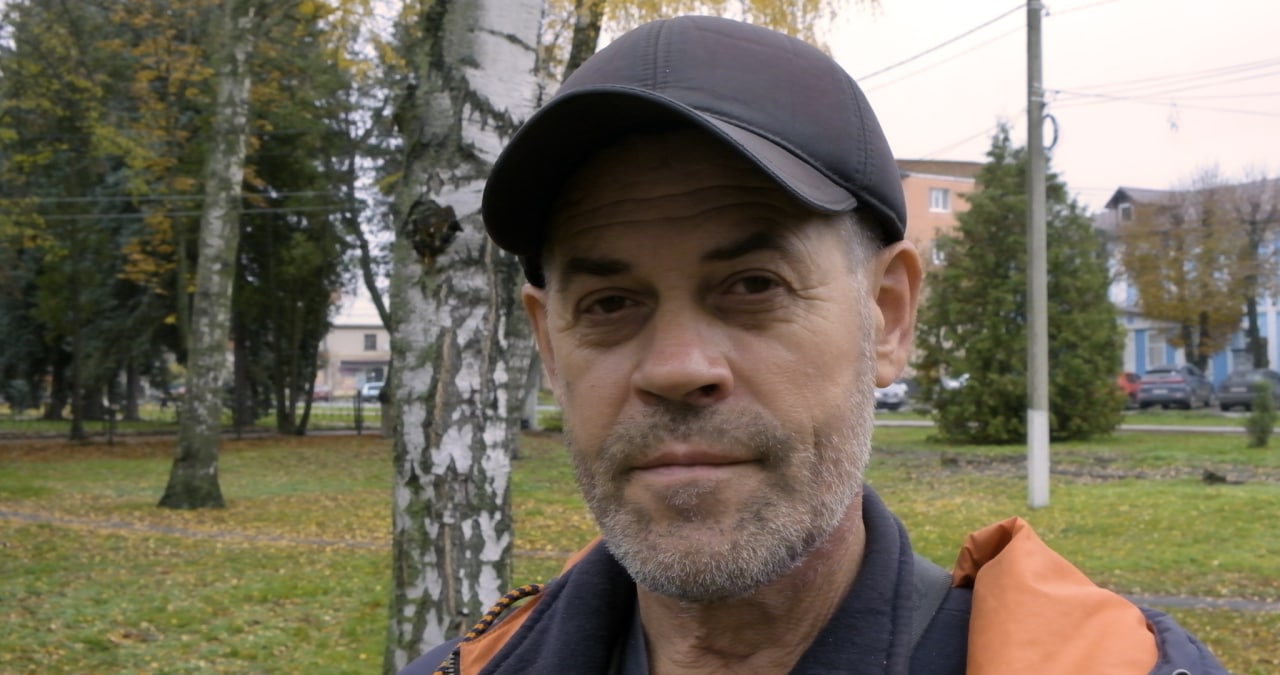 Ihor Ivanov, a resident of Trostianets, says that he still cannot comprehend his wife is no more. She was unexpectedly arrested during the Russian occupation, and nothing was known about her for a long time. After Trostianets' de-occupation, law enforcement officers found her almost unrecognizable body buried in the ground.

Ihor, please tell us how did the occupation in Trostianets go for you?

It was sudden. I looked out the window in the morning, and tanks were moving in front of my windows. We live on Lunin street, and the tanks were 5-6 meters [from us]. Equipment, armored vehicles, fuel trucks. Our children lived on a parallel street, in a different house, but we went back and forth between the houses through a hidden vegetable garden. I didn’t even notice how she [wife] went out, where she went and why. Later the connection disappeared. There was no communication for three days at all. The electricity disappeared as the towers didn't work. I went looking for her where I could. When the Ukrainian troops re-entered, after a few days, the work of the police department here improved a little, and I wrote a statement about her disappearance. After a little more than two months, they called me for identification.

They accidentally discovered a trench about half a meter underground covered with dirt. It was hard to recognize her body, but I knew some unique features.

So your wife was detained?

Yes, they [detained] more than one person that evening, I don’t know for sure, maybe 10-15 people. What happened there, I don't know. She was shot in the head. And there is a medical certificate. Only the shooter knows what happened.

Where was she kept?

At a warehouse, we have grain storage here in Trostianets.

What was your wife’s occupation?

She worked in the trade, and we had a little flower business. Flowers were grown and sold. It was not very big, we had just started it, but it was known in the town. She also worked in a hardware store for a long time. I used to work for a city gas company.

What could have been the motives for detaining her?

I don't know. Maybe there was already a curfew, She went out at about 4 pm, and curfew, it seems, began at 5. It was during the period of occupation. I don't remember until which time, before 8 in the morning, I guess. In general, movements were unwanted. Maybe [she] was delayed somewhere, I don't know.

Why did you decide to stay in the city and not try to leave?

I hoped she would return. I was waiting. Where should I go? My homeland is in the Urals [Mountains on Russian territory]. My mother lives there, but I won't go. Where else can I go? I'll stay here somehow. Perhaps closer to spring, the children will return. They are currently in evacuation in the north of the globe.

How was life during the occupation? Were there food outages, for example?

In the beginning, the Russians moved during the daytime to avoid problems. Also, there were, as I understand it, conscripts. It was obvious that they were young guys. They were singly over 20 years old, but older soldiers were also with them. However, there were some instances: on the first day, a car was shot at the train station. It stood there for three days, and the Russians did not allow the relatives to pick it up and bury corpses. Somewhere a shell hit or a blind bullet. We left the house only when necessary if we needed to buy something. In the early days, it was still possible to buy things, but after a week, all the shops were empty — people took everything from there.

Did they [Russians] go from house to house?

Not right away. Only the motor columns were moving. However, around 16 March, they came in and checked my passport. I thought they were the Donetsk army. They also checked my phone and photos. They occupied the city’s highlands, and people said the snipers were there. I haven't seen them, but we had [military] in the neighborhood. I saw them, and they entered houses. However, it was quiet with no hits, and I'm not going to lie. I heard that in other cities, people were being bullied, and their food and belongings were taken away because Russians had no supplies. However, what was there to take when it all started so unexpectedly? Well, only what was in the cellar: potatoes, carrots, and conserves. People were not prepared.

Kharkiv Human Rights Group provided financial assistance to Ihor Ivanov and gathered documents to refer the case to international judicial bodies. More than fifty people who lost loved ones, their own homes, or were maimed by the actions of the Russians came to see lawyers during their trips to Trostianets.