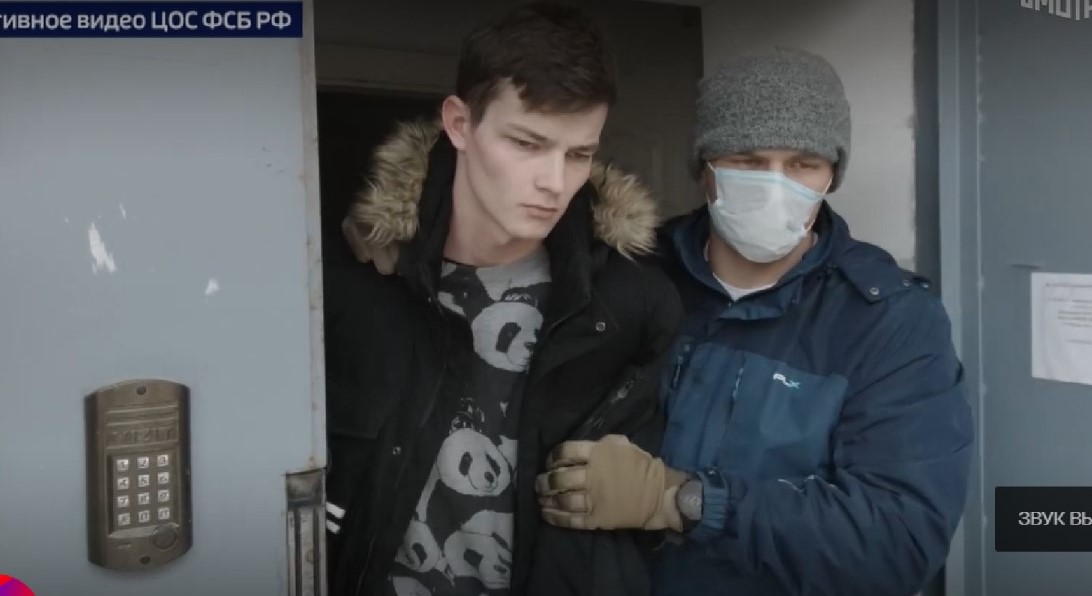 Yevhen Petrushyn in the FSB video from 21 April 2021

A 24-year-old Ukrainian from occupied Sevastopol has become the latest victim of Russia’s ‘Ukrainian spy’ mania’ to receive a huge (12-year) sentence for mystery ‘spying’. With immense cynicism, the country illegally occupying Crimea accused Yevhen Petrushyn, a Ukrainian citizen, of ‘state treason’ in favour of Ukraine.

News of Petrushyn’s sentence came just 11 days after the Crimean FSB announced new arrests on supposed ‘spying’ charges, with two Ukrainians accused of spying for Ukraine’s Security Service [SBU].  These will not be the last, as such ‘spying’ arrests and ‘trials’ make it possible for the FSB to boast of success in ‘fighting crime’ without actually having to do very much at all.  The entire ‘trial’ can be held behind closed doors, and such maximum secrecy often means that it is impossible for human rights lawyers to even get to the person arrested. 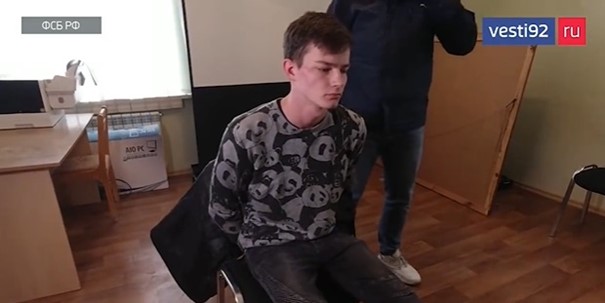 As reported, Yevhen Petrushyn (b. 1998) was arrested on 21 April 2021 and charged under Article 275 of Russia’s criminal code with ‘state treason’.  The FSB showed a video of FSB officers bursting into the young man’s home and violently arresting him.  It was claimed that he had, from 2020-2021, supplied Ukraine’s Military Intelligence with information about the Russian Black Sea Fleet which constituted a state secret and could cause harm to Russia’s security.  All of this was, however, strictly hypothetical as the FSB asserted that they had thwarted such activities in time.

It is probably true that spying cases in any country involve a certain degree of secrecy.  In countries with rule of law, however, suspects have proper legal aid, and a realistic chance of defending themselves.  In Russia’s ‘Ukrainian spy’ claims, the only voice heard is that of the FSB, and it is very likely that Petrushyn had only a state-appointed ‘lawyer’.  We know from other prosecutions in occupied Crimea that such ‘lawyers’ are generally used to sign documents and to try to persuade the defendant to admit to all the charges, often by claiming that he or she will get a shorter sentence if they do.

The video images of Petrushyn during and after his arrest were widely shown on Russian and Russian-controlled media, with the fact that he showed evident signs of having been beaten clearly seen as of no concern.  It was learned in June that he had been taken to Lefortovo Prison in Moscow, and there is no information as to when he was brought back to occupied Crimea.

It is not even known why exactly the FSB reported on 19 December that the sentence against Petrushyn had come into force and whether he had denied the charges.  The brief FSB text explains that the Russian-controlled Sevastopol municipal ‘court’ had found Petrushyn guilty (seemingly, at the end of 2021) and sentenced him to 12 years harsh-regime prison colony.  It had also imposed a 100 thousand rouble fine and a further one-year restriction of liberty term after the main sentence.  It seems likely that there was an appeal, and that this was rejected on 19 December. 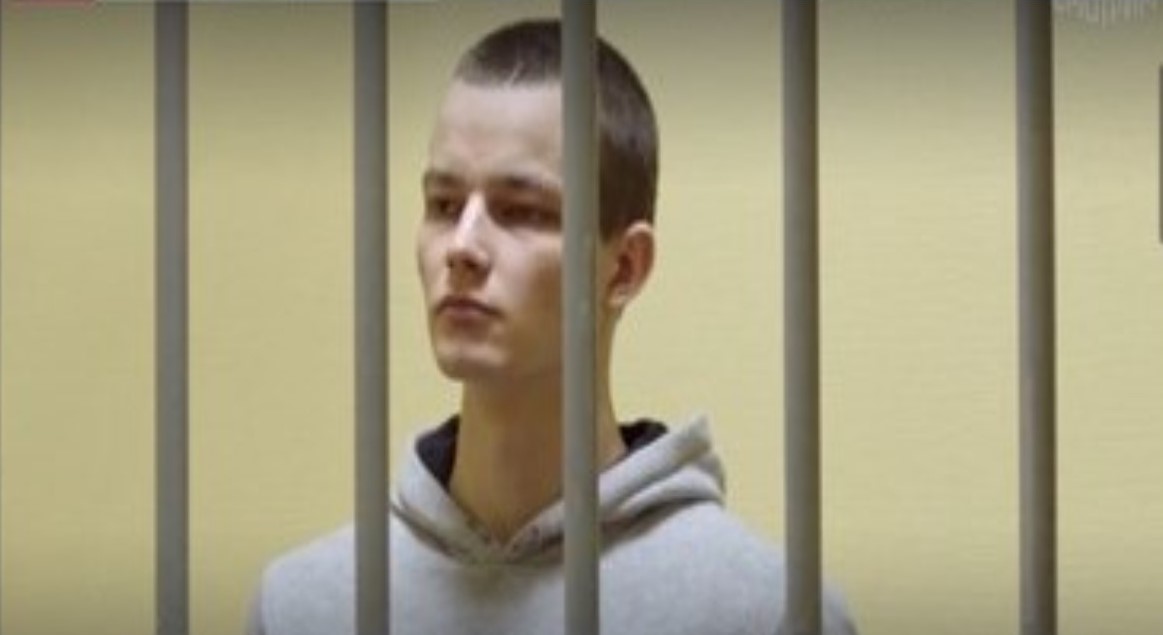 The FSB and Russian-controlled media describe Petrushyn as ‘a Russian’, with the charge of ‘state treason’ possible because he has Russian citizenship. Russia has made it all but impossible to live, study and work in occupied Crimea without Russian citizenship.  This, however, does not change the fact that under international law, Russia has no right to apply its legislation on occupied territory, nor to forcibly send people to Russia.

Petrushyn was one of two Ukrainians whose arrests in 2021 were reported by the FSB.  There is at present no information about Stanislav Stetsenko, but it is, unfortunately, likely that he remains in captivity.

There are also a number of Ukrainians who were either abducted in 2014 or who have since been imprisoned in Russia on highly dubious ‘spying’ charges.  The most shocking are the sentences against Valentyn Vyhivsky (37) and Victor Shur (65), both of whom have been in Russian captivity since 2014.

Valentin Vyhivsky: Eight years of torture in Russian captivity for being Ukrainian