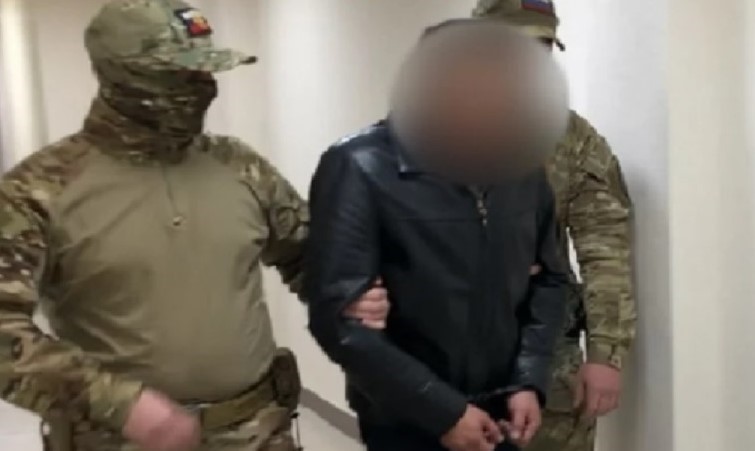 Since Russa began its total invasion of Ukraine on 24 February, it has intensified its persecution of Crimean Tatars, both in occupied Crimea, and in newly seized parts of the Kherson oblast.  Four Crimean Tatars have been imprisoned, and are facing sentences of up to 15 years, on unproven charges of involvement in an entirely legal structure in mainland Ukraine.

The Noman Çelebicihan (or ‘Asker’) Battalion

Despite the name, the latter is not a battalion in any military sense of the word.  It was founded by Crimean Tatar activist and businessman Lenur Islyamov on 1 January 2016, with the first members people who had taken part in the civic blockade of occupied Crimea.  This blockade was initiated by Crimean Tatar leaders Mustafa Dzhemilev and Refat Chubarov, together with Islyamov, on 20 September 2015. They pointed out how unacceptable it was that any trade or business, including the sale of electricity, was continuing with Russian-occupied Crimea while this was under Russian occupation.  The Blockade, at least initially, had very specifically human rights demands, including an end to political repression;  to restrictions on the media; and access to international observers.  Moscow reacted with hysteria and new repression to what was an entirely legitimate blockade and warranted demands.

The Noman Çelebicihan Battalion is unarmed, and the fact that it wants to achieve an end to Russia’s internationally condemned occupation of Crimea does not make it illegal.  Although the Battalion’s members would have been willing to serve in Ukraine’s Armed Services, no formal steps towards achieving this had ever been taken.  Instead, its members actively promoted the goods and energy blockade, and backed Ukrainian border guards in areas near the administrative border with occupied Crimea.

The Russian FSB began arrests on charges of involvement in the Battalion in early 2018, with almost no information ever provided about the individuals taken prisoner.  In each case, the person is charged under Article 208 § 2 of Russia’s criminal code (taking part in the activities on Ukrainian territory of an armed formation, not envisaged by the legislation of that country and acting for purposes which are against the interests of the Russian Federation”).  Although propaganda reports generally try to imply that there has been training in use of weapons, or similar, it is essentially the fact that members of the Battalion want an end to Russia’s illegal occupation of Crimea that is deemed “against the interests of the Russian Federation.”

Russian and occupation media reported on 9 April 2022 that the FSB had detained a Ukrainian citizen,  born in 1988, whom it ‘accused’ of being a member of what was described as an illegal armed formation, namely the Noman Çelebicihan Battalion.  Even from the FSB report, it is clear that the 34-year-old is accused of activities that were peaceful and legal.  “According to FSB information, the man took an active part in the goods and energy blockade of Crimea, and also in anti-Russian protests in the area of the ‘Chonhar’ checkpoint.”

None of this is in any way illegal, unlike Russia’s actions in detaining a Ukrainian citizen who was not on any wanted list, and who is accused only of legal activities in mainland Ukraine.  The reports say that Ibraimov faces a sentence of up to 15 years.

Ibraimov was remanded in custody for two months, with the appeal against this rejected by the Russian occupation ‘Crimean High Court’ on 29 April.  Ibraimov’s lawyer, Alexei Ladin, had objected to the detention, pointing out the lack of any evidence to the back the charges.  He says that Ibraimov has never had anything to do with the Battalion.  While the FSB claim that he took part in the blockade from 2016 until his arrest, Ibraimov himself says that he was working in Kherson, Kyiv, Georgia and the Astrakhan oblast (Russia).

This is almost certainly easy enough to prove, however these cases are politically motivated, and it is, unfortunately, likely that Russian-controlled ‘courts’ will base their essentially predetermined verdict on two prosecution ‘witnesses’, one of whom is anonymous.

Ladin stresses that Ibraimov suffers from chronic bronchitis and should not be held in the appalling conditions of the Simferopol SIZO [remand prison].  He is in a small cell, with two other men and no ventilation.  The overcrowding in this SIZO is notorious, and the cell is clearly intended for two, with the men having to take turns sleeping as there are only two beds.  The only medication he is receiving is that which his family are able to send him.  The SIZO medical unit has also ignored his complaints of liver pain for the last two weeks.

Ibraimov is one of three Crimean Tatars from the Kherson oblast who have been imprisoned in occupied Crimea on the same ‘battalion’ charges since Russia’s fully-fledged invasion of Ukraine.

As reported, Rustem Gugurik, a taxi driver from Novooleksiivka (Kherson oblast), was arrested by the FSB on 27 March, when, together with his wife, Viktoria and their 6-year-old daughter, he was at the Chonhar checkpoint planning to enter Crimea.  Instead, the Russian FSB ‘border-guards’ seized Gugurik and held his wife and daughter for around 56 hours, without any food, only water.

50-year-old Rustem Gugurik denies any involvement in the Battalion, but did take part in the Crimean Blockade.  He stated back in 2016 that he was sure that his involvement in the blockade was the reason why he and his brother, Bekir, were banned from entering occupied Crimea from 2016 to 1 January 2021.

All of these arrests are lawless, however the case of 25-year-old Rustem Osmanov is chilling for another reason.  He was seized (around 10 April) by Russians who burst into their home in Kalanchak, Kherson oblast.  He was illegally taken to occupied Crimea where a Russian-controlled ‘court’ in Simferopol remanded him in custody for two months on the same ‘battalion’ charges.

A fourth Crimean Tatar, 62-year-old Nasrulla Seidaliev is also imprisoned, after being seized by the FSB on the same charge in March 2022.

Six Crimean Tatars are already imprisoned for such entirely unproven involvement in a legal and unarmed organization:  Edem Kadyrov; Fevzi Sahandzhy; Dilyaver Gafarov; Nariman Memedinov; Aidyn Mamutov and Medzhit Ablyamitov.  Despite identical charges in all the cases, the sentences have varied from 4 to 10.5 years.