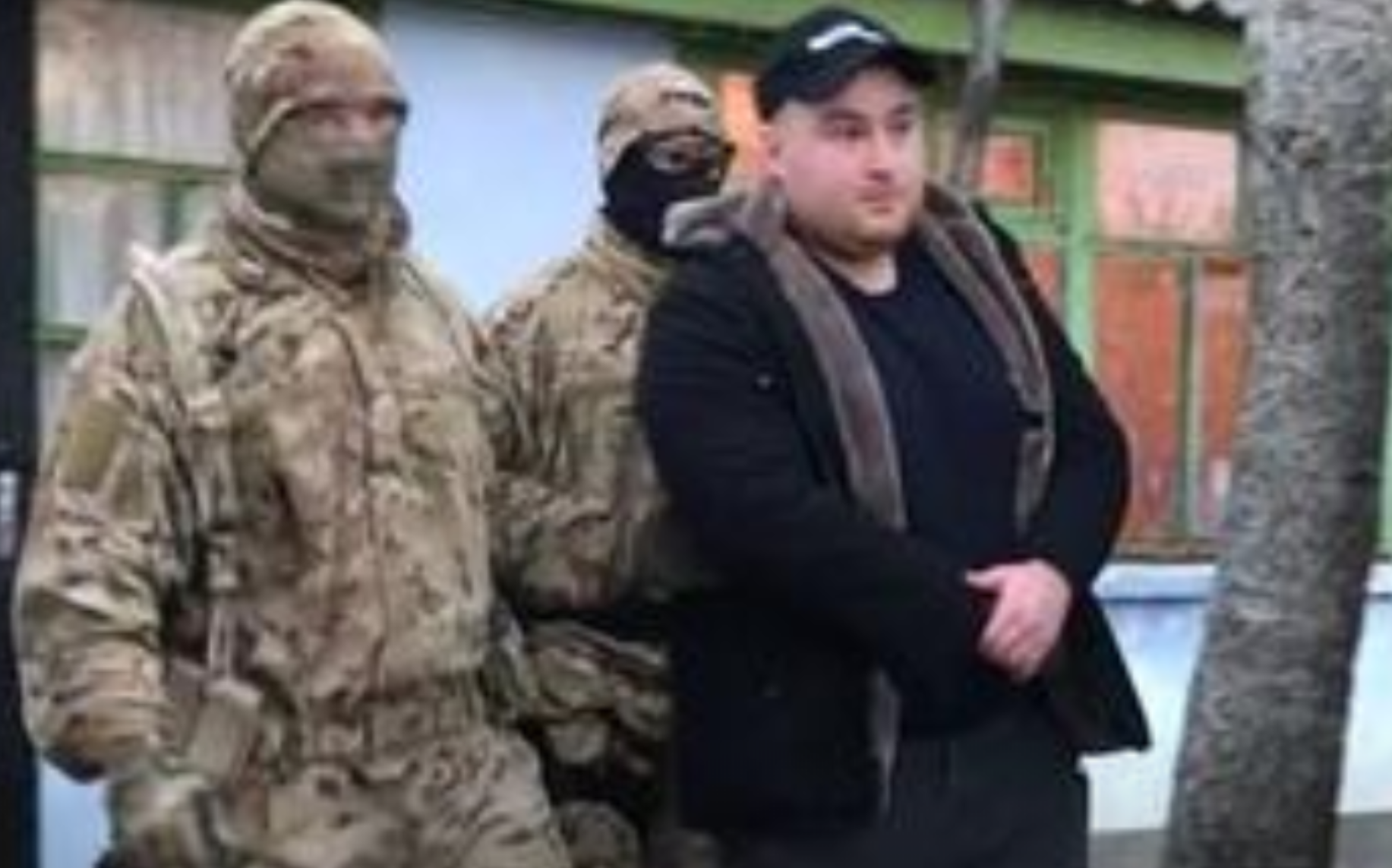 The Kirovsky District Court in Russian-occupied Crimea has sentenced Edem Kadyrov to four years’ imprisonment and a further year of restricted liberty for allegedly belonging to the Asker (or Noman Çelebicihan) volunteer battalion.  The latter is the latest perfectly legal Ukrainian formation which Russia is seeking to demonize through arrests and long sentences.

Virtually nothing is known about Kadyrov, except that he is 25 and that Russia claims that he was the personal guard of Lenur Islyamov, head of the Asker Battalion.  Islyamov said back on 23 January 2019 that he did not know the young man, and that there were no members of the battalion in occupied Crimea.

It also seems clear that Kadyrov agreed to plead guilty and received a sentence which is lower than the 8-year minimum for the charge of involvement in a supposed ‘illegal armed formation’ under Article 208 part 2 of Russia’s criminal code.  The sentence was passed by ‘judge’ Igor Galin after a fast-track (single-hearing) ‘trial’ on 31 May , which was only reported on 3 June.

The FSB claimed that Kadyrov had joined the Asker Battalion in 2016, and that he had “undergone special training, including in using firearms”, and that his duties had included guarding Islyamov, whom the FSB call the ‘commander’ of the battalion and who is also the Deputy President of the World Congress of Crimean Tatars.

The Asker Battalion was formed soon after exiled Crimean Tatar leaders Mustafa Dzhemilev and Refat Chubarov initiated a Crimean Blockade in 2015, with specific human rights demands. Despite its persistent demonization by Russia, the Battalion remains a relatively small formation whose role at present is merely to back the Ukrainian border guards in areas near the administrative border with occupied Crimea.  Islyamov, has long indicated that this is a Crimean formation, not only Crimean Tatar. While they would be willing to serve in the Armed Forces in the area of conflict in Donbas, the steps needed to formalize such service have yet to be taken.  At present, there is nothing to suggest that the battalion’s activities have ever gone beyond actively promoting first a goods blockade, and then an energy blockade.

Searches, supposedly “of members of a Ukrainian nationalist battalion” and an arrest in occupied Crimea were reported by Russian state media on 23 January 2019.

In fact, an armed search was carried out of the elderly parents of a Crimean Tatar woman active from mainland Ukraine in the Asker Battalion.

Given the FSB’s frequent use of forced ‘confessions’ before the camera, this case stood out from the beginning through the evident measures taken in the video shown by the Kremlin-loyal KrymInform to conceal the person’s face. This may be, it was  suggested, because the video footage of his supposed arrest was from a year ago.

There have been many attempts by Russia’s FSB to persecute Ukrainians for supposed involvement in nationalist organizations like ‘Right Sector’.  Most, like that of Ukrainian filmmaker Oleg Sentsov and civic activist Oleksandr Kolchenko, have been entirely fabricated, but not as disturbingly anonymous as the arrests on charges linked to the Asker Battalion.

There were no photographs of Sahandzhy himself, and Russian-controlled / Russian media reports of his original sentence on 23 January 2019 used the same video footage as that shown in the arrest of Kadyrov. The original report of Sahandzhy’s arrest on 20 March 2018 said only that a 24-year-old had been arrested.

Of three men, whose arrests have been for, or at least linked with alleged involvement in the Asker Battalion, only one man’s identity is fully known.  This is 58-year-old Edem Bekirov, who has severe diabetes, a heart condition and is an amputee, with any one of these conditions meaning that he should not be in detention (details here).