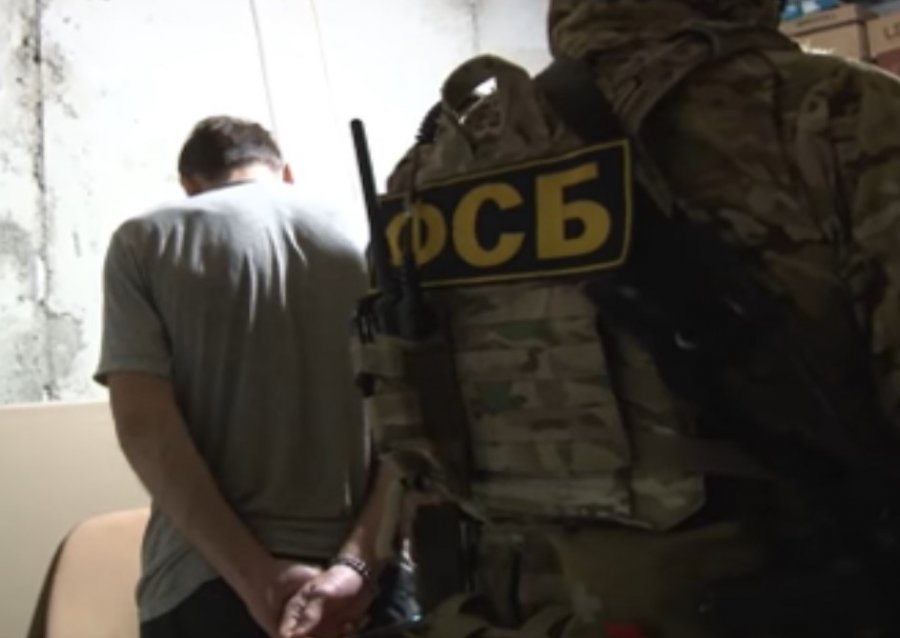 Armed search and arrest in March 2019, with believer being handcuffed From FSB video

The European Court of Human Rights has found Russia’s ban of the Jehovah’s Witnesses to be unlawful and has ordered, among other things, that Russia discontinue current proceedings and release those imprisoned for their faith.  The judgement in the Case of Taganrog and Others vs. Russia was made public on 7 June, 2022, and joins 20 applications from believers lodged between 2010 and 2019.  The Court’s ruling could not be clearer, but it is belated and, unfortunately, very likely to be ignored.

The announcement of the judgement coincided with the passing in Russia’s State Duma of two bills concerning the European Court of Human Rights.  One of the bills is about removing Russia and occupied Crimea from ECHR jurisdiction.  This has, in fact, already happened, and it is the other bill that sets Russia on a collision course with the Court, since this would give 15 March 2022 as the cut-off point, after which no judgements need be complied with.

The Russian Federation’s rights of representation in the Council of Europe were suspended on 25 February this year in response to Russia’s total invasion of Ukraine.  Russia reacted by withdrawing from the Council of Europe on 15 March. In notifying of its withdrawal, Russia also informed of its intention to denounce the European Convention on Human Rights, thus inevitably leading to its rejection of the European Court of Human Rights’ jurisdiction. It was for this reason that the President of the Court suspended examination of all applications against Russia on 16 March.  However that suspension was lifted on 22 March when the Court published a resolution  stating that Russia would cease to be a party to the European Convention on Human Rights from 16 September 2022. This means that Russia can be held to answer at ECHR for all violations of human rights committed before 16 September 2022, even if all the legal remedies which must first be tried have not been exhausted (details here)

It is this critical difference that Russia is now trying to override  The Russian legislators are undoubtedly in the wrong, as will be Russian leader Vladimir Putin if he signs the bill backdating withdrawal from ECHR to 15 March.  Russia is already breaching the direct order of the UN’s International Court of Justice that it immediately stop its bombing of Ukraine, and the new bills are unlikely to have appeared in the Duma had they not had Putin’s support.

Russia’s main concern will presumably be to prevent applications to the European Court of Human Rights over the crimes against Ukrainian civilians that Russia has been committing on a mass scale since 24 February 2022.

All of the applications in the Case of Taganrog LRO and Others v. Russia, the Court’s communication with the Russian Government and, probably, its examination of the material, predated Russia’s withdrawal from the ECHR.  Although, in principle, the judgement only comes into force if it is not challenged by Russia, it has been issued before any withdrawal from ECHR came into force.  That does not, unfortunately, mean that Russia will honour it, but it should.

“The Court found that the definition of “extremism” was overly broad in Russian law and had been misused for the prosecution of believers or religious ministers on the basis of the content of their beliefs alone.”

Russia was found to be in violation of several articles of the European Convention on Human Rights, namely:

Article 11 (freedom of assembly and association;

Article 5 (the right to liberty and security)

Article 1 of Protocol No. 1 to the Convention (on protection of property).

All of the above were passed by six to one, with the opposing vote almost certainly from the judge from Russia (Mikhail Lobov).  The Court also voted to invoke Article 46 (binding force), although here the majority was much smaller (four votes to three).

“In the present case, it is apparent that the continued prosecution and imprisonment of Jehovah’s Witnesses would entail a prolongation of the violation of their rights and a breach of the obligation on the respondent State to abide by the Court’s judgment in accordance with Article 46 § 1 of the Convention. This view is also consistent with the requirement of release of all imprisoned Jehovah’s Witnesses addressed to the Russian Government in the Opinion No. 10/2020 by the Working Group on Arbitrary Detention (see paragraph 136 above). Accordingly, the Court holds that the respondent State must take all necessary measures to secure the discontinuation of all pending criminal proceedings against Jehovah’s Witnesses, including by reference to the recently amended guidance by the Supreme Court of Russia (see paragraph 126 above), and release of all Jehovah’s Witnesses who have been deprived of their liberty.” (291).

The measures taken by the Russian authorities included the forced dissolution of Jehovah’s Witnesses organisations, the banning and confiscation of their religious publications, the prosecution of hundreds of applicants for distributing “extremist literature”, and the confiscation of their property. Two of the 20 applications pertained to the imprisonment of Jehovah’s Witnesses for practising their faith. One of these concerned the imprisonment of Denis Christensen, the first believer to be imprisoned after Russia’s Supreme Court outlawed the Jehovah’s Witnesses through its ‘ruling’ on 20 April 2017.

The full judgement can be read here with a briefer press release available here.

Persecution of believers in Russia and occupied Crimea 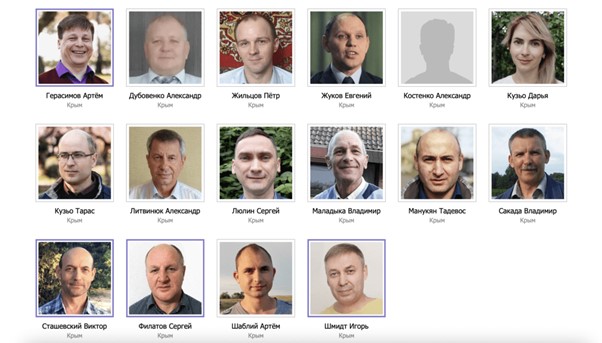 Crimean Jehovah’s Witnesses imprisoned or facing persecution for their faith. Photos from the JW site

The number of victims of religious persecution since the Supreme Court ruling in 2017 has risen dramatically, with very many believers serving real sentences.

On 16 February 2022, a fifth Ukrainian Artem Shabliy (b. 1990) received a two-year suspended sentence for practising his faith.

On 9 April 2022, a Russian court revoked the only acquittal to date of a Ukrainian Jehovah’s Witness  Dmitry (in Ukrainian Dmytro) Barmakin,  and sent his ‘case’ back for retrial.

Other ‘trials’ are now underway in occupied Crimea.

One, before  ‘judge’ Vladimir Romanenko from the Russian occupation Yalta City Court on the charges against Taras Kuzio; his wife Darya Kuzio; Pyotr Zhiltsov; Serhiy Lyulin and Tadevos Manukian (the last of these in his absence).  The charges are under Article 282.3 § 1  (‘financing an extremist organization’), and organizing such a supposedly ‘extremist’ organization (Article 282.2 § 1

A second ‘trial’ began on 5 April at the occupation Armyansk City Court of Oleksandr Lytvyniuk (b. 1960) and Oleksandr Dubovenko (b. 1973).  Both also face the more serious charge of ‘organizing the activities of an extremist organization’ (under Article 282.2 § 1) with this over a Zoom conference.